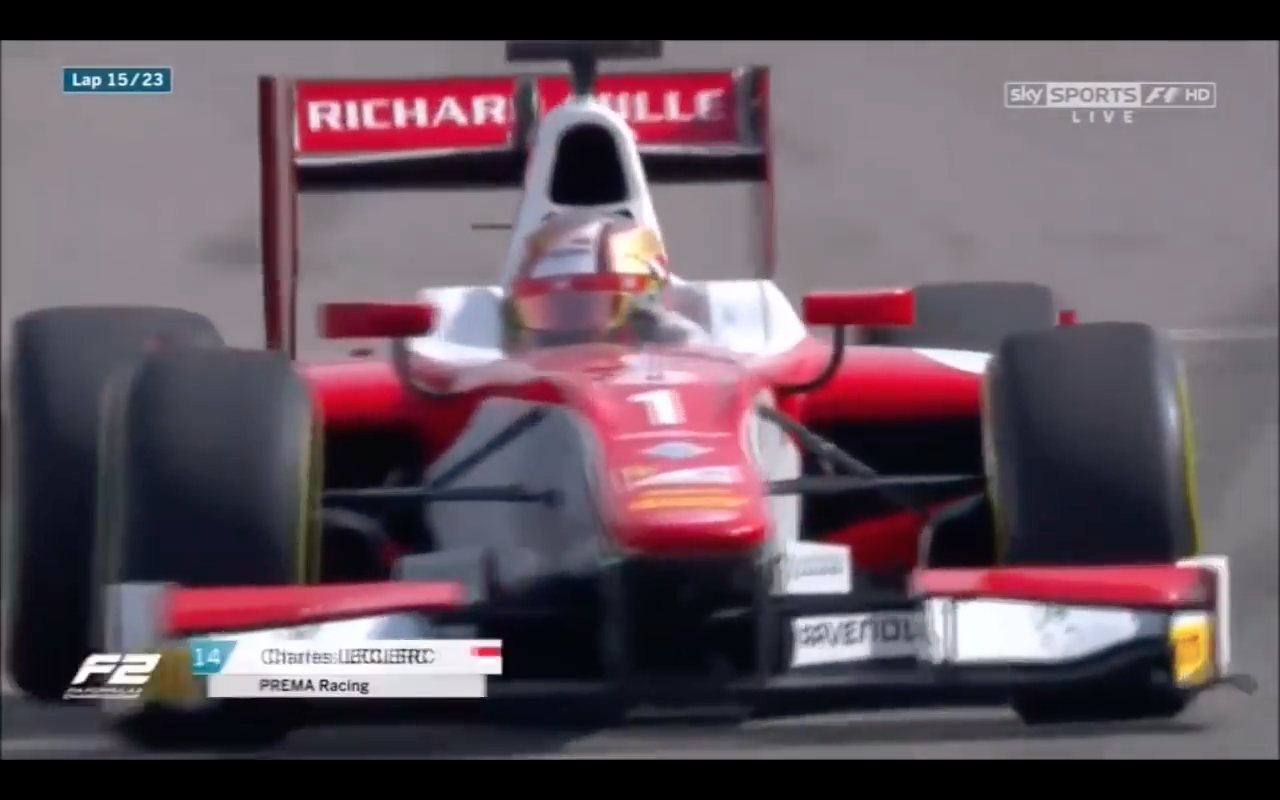 Many people only tolerate having to watch motorsports when they expect a crash. But your average racing fan would rather see a hard-fought, well-earned overtake. This clip, taken from a recent Formula 2 race in Bahrain, might be the one that converts carnage-eager viewers into true racing fans. Prema Powerteam driver Charles Leclerc of Monaco was in a tight spot in this race, and was finding it difficult to pass his opponents on the medium tire the majority of the field was using. He then radioed his pit crew and requested they put him on "Plan B." (No, not the pill that prevents pregnancy.)

Plan B was the riskier option of pulling Leclerc into the pit lane, changing to soft tires, and then rejoining the race behind competitors. The softs corner better than the medium tires, but they degrade more quickly, and will not last the length of a full race. This tire swap would make him the fastest driver on track, but it would also put him nearly two thirds of the way back through the field, all the way down in 14th place. With only nine laps to go, and thirteen cars between him and the win, this seemed an impossibility for Leclerc.

"It looks impossible, eight laps to the end," remarks one of the commentators after Leclerc rejoins the race. Leclerc sets out to prove him wrong, and gets to work making the rest of the field look like the computer on a racing video game set to "easy." By the final lap, he is close enough to the leaders to smell their deodorant, but it still takes a near miracle for him to get past them. I won't spoil what happens, though. Watch for yourself and find out.

Watch the Best Battles at Round 1 of Formula Drift Japan