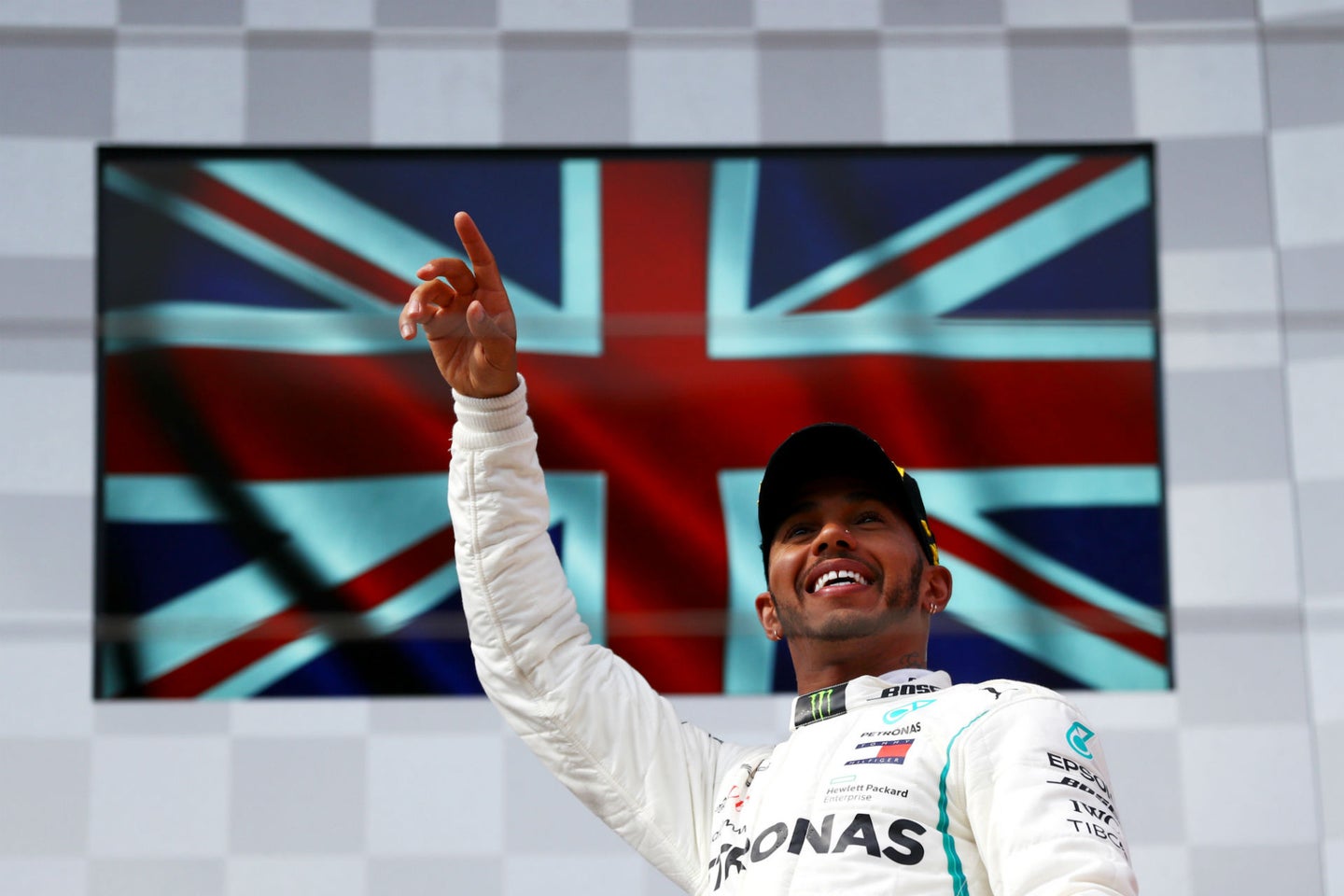 Various reports claim that Lewis Hamilton is nearing a renewed deal with Mercedes F1, possibly before the British Grand Prix on July 8. It's long been expected that the two parties would reach an agreement keeping Hamilton with the Brackley-based team for the foreseeable future coming off the heels of his fourth world championship which he scored in 2017. As the Briton continues the hunt for a fifth and currently leads the Drivers' Title standings, he's in prime position to sign a max contract which could reportedly be worth over $52 million.

Per The Telegraph, Mercedes does not have an exact timeline of when the contract will be signed. However, AMG Motorsport boss Toto Wolff is eager to complete the process as he's quoted saying: "We don't want to drag it out much longer. I expect it to be done very, very soon." Wolff continued, "Maybe it is about choosing the right moment."

While Hamilton has been considered a shoo-in by many to return to Mercedes in 2019 and beyond, the team's second seat has often fallen into question. As the current season carries on, though, it looks as if Wolff & Co. will turn back to Valtteri Bottas as the Finn currently sits fourth in the Drivers' Championship. In the eyes of the majority, if it weren't for a string of bad luck, it's likely that Bottas could be even higher in the standings. The 28-year-old sits just four points adrift of Red Bull's Daniel Ricciardo and 53 points off of Hamilton.

Conclusively, it seems as if Mercedes has its lineup locked in whereas other teams and manufacturers are scrambling for security. Rumors continue to swirl regarding Ricciardo's potential flight risk, and over at Ferrari, it's believed that Kimi Raikkonen could possibly be replaced by the rising star and Sauber rookie Charles LeClerc. The so-called "Silly Season" looks to be coming early, but if you're in Mercedes' position, it shouldn't be much of a concern with two of the series top drivers presumably in tow going into 2019.