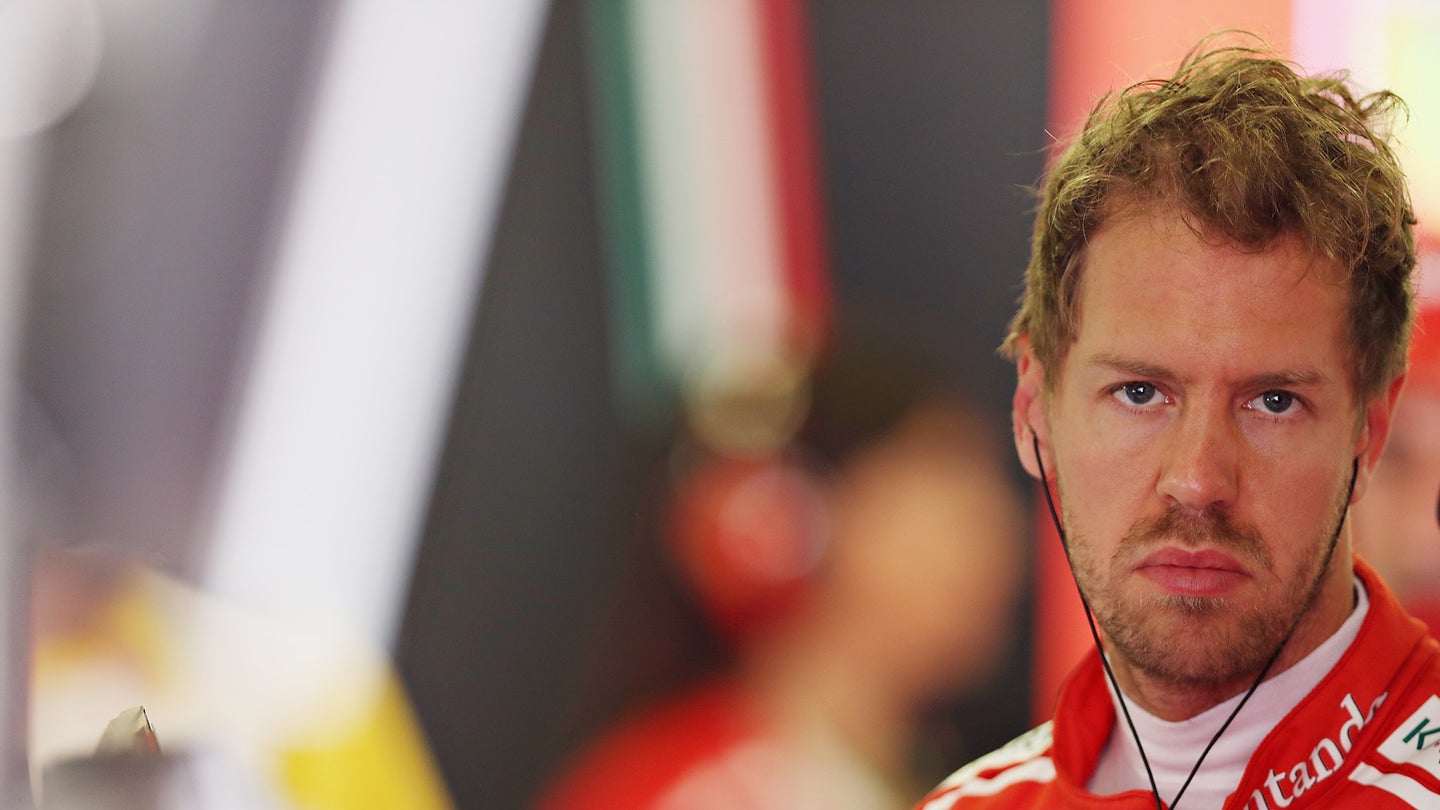 The FIA announced today that it will hold a meeting on July 3 to further investigate Sebastian Vettel's actions at the Azerbaijan Grand Prix. If any further penalty is imposed, it will be handed down before the Austrian Grand Prix weekend, which starts on July 7, 2017.

The FIA issued a brief statement on the matter, saying only: "Following the recent incident at the Azerbaijan Grand Prix in which Car 5 (Sebastian Vettel) was involved in a collision with Car 44 (Lewis Hamilton), on Monday 3rd July, the FIA will further examine the causes on the incident in order to evaluate whether further action is necessary. A statement regarding the outcome of this process will be made available before the upcoming Austrian Grand Prix.”

On the off-chance that you haven't heard about what happened, here's what went down.

During the Azerbaijan Grand Prix, Vettel tagged the rear off Lewis Hamilton while under the safety car. The safety car was due in at the end of the lap. As Hamilton led the field through the second to last corner, he started to let the safety car gap the field. On a previous restart, Hamilton almost caught the safety car on Baku's long front straight.

Hamilton didn't accelerate quickly out of the corner, as is his right under the rules; but Vettel did, thus running into the back of the Mercedes. These things happen from time to time and that should have been the end of it. But Vettel was convinced that Hamilton brake-checked him. Vettel pulled alongside Hamilton and turned into him, making wheel-to-wheel contact. Vettel was given a ten-second stop-and-go penalty during the race and assessed three more points on his superlicense.

In the days following the race, there has been an outpouring of comments, criticism, and ill-informed opinions about the incident.

Vettel fans seem to think that Hamilton should be penalized for the brake-check that didn't happen or for not following the rules about maintaining a ten car-length gap to the safety car. The FIA investigated this during the race, taking data directly from the car and found no such brake-check occurred. Hamilton was also found to have been in compliance with the safety car rules that allow him to dictate the pace and drop back once the safety car is coming in.

Hamilton fans have been complaining that Vettel got off too easy since he ended up finishing in front of Hamilton in the race. They seem to forget that Hamilton was forced to pit to reattach the headrest padding in the cockpit. This pit stop that dropped him back in the field had absolutely nothing to do with the intentional hit Vettel gave Hamilton.

The media has been critical of the FIA and race stewards for not handing down a harsher penalty on the spot. The main argument floating around is that the incident was treated as "avoidable contact" rather than intentional and dangerous.

And it was dangerous. Running one's car into another is always dangerous. The results, even a slow speeds are unpredictable, especially with open-wheel cars. It doesn't take much for wheel-to-wheel contact to launch one car on top of the other.

Vettel's fate is now in the hands of the FIA. There are many penalties that they could levy against him. He could be retroactively disqualified from the race. They could give him an additional time penalty for Azerbaijan, dropping him down the order and out of the points. He may face a significant grid spot penalty for Austria. He may even get a one-race ban, preventing him from competing in Austria. Or, they could do nothing at all.

Since the FIA has gone through the trouble of further investigating the incident, it's very likely that an additional penalty of some sort will happen. Whatever that may be, we'll know at some point next week.

Sebastian Vettel May Be Brought Before Sports Court for Baku Crashes

Vettel may need a reminder that the first rule of racing is to not ram one’s opponents.