Sebastian Vettel May Be Brought Before Sports Court for Baku Crashes

Vettel may need a reminder that the first rule of racing is to not ram one's opponents. 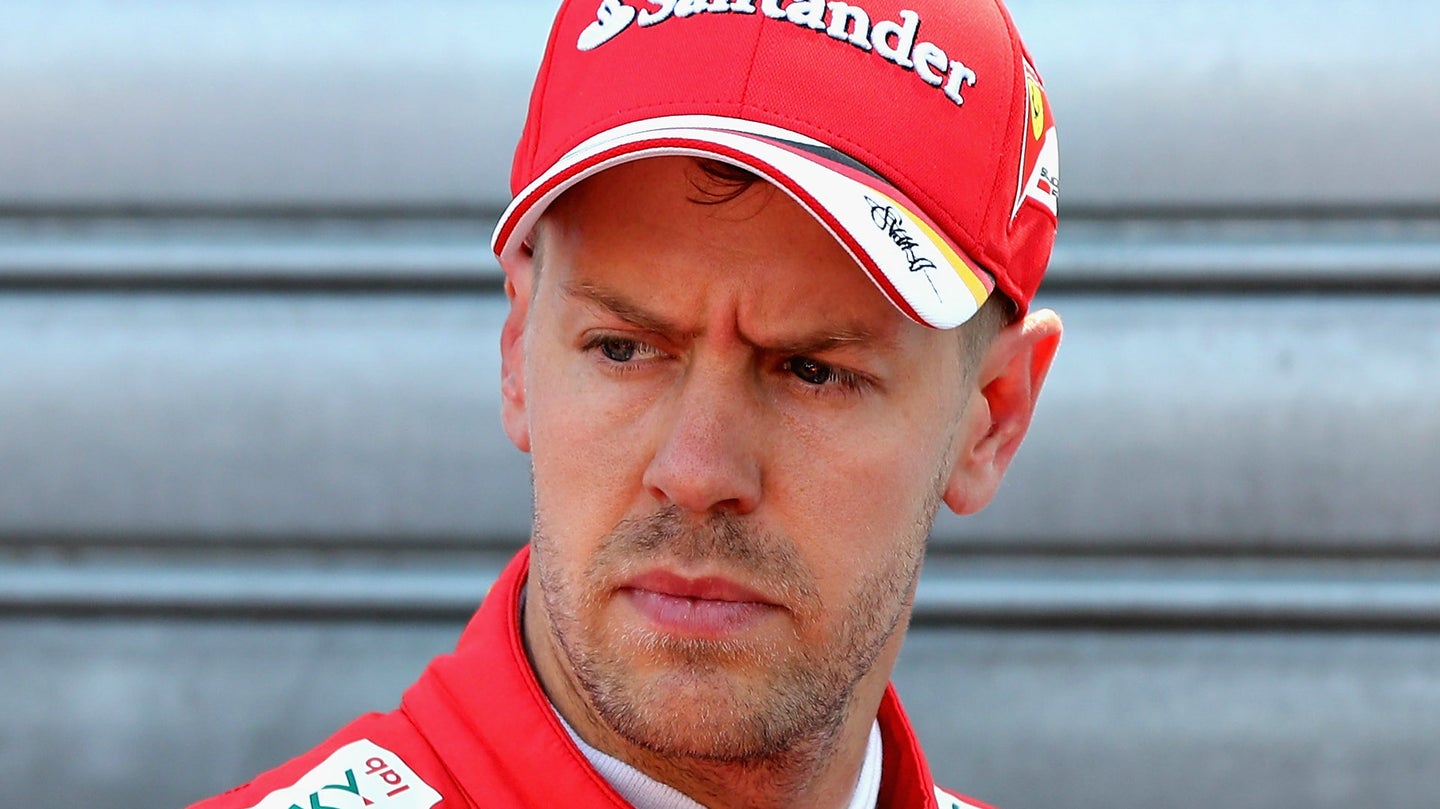 Sunday's European Grand Prix at Baku was a thriller complete with enough drama to give media enough material to gnaw on for weeks.

Valtteri Bottas of Mercedes stormed from the back of the pack after first lap problems to a second place finish, just feet ahead of widely-doubted rookie Lance Stroll of Williams, who scored the first podium finish of his Formula One career. Topping the podium was Daniel Ricciardo of Red Bull, who took his fifth career race win, and the first win of the year for his team. The race would already be one for the record books without the race's most infamous incident, where Ferrari's Sebastian Vettel ran into Mercedes' Lewis Hamilton twice prior to the safety car restart.

Jean Todt, president of the FIA, is now considering putting Vettel in front of a sports court for his actions in Baue, according to AMuS. The notion of any fault on the part of Hamilton has already been dispelled as telemetry has shown that Vettel's accusation of brake checking is false. The fault of the first crash was solely that of an overeager Vettel, and the second... attributable to red mist. The penalty for his actions? A ten-second stop-and-go.

Little leniency for Vettel's actions that run afoul of the rules can be expected, due in part to his decision to swear at race director Charlie Whiting at last year's Mexican Grand Prix after Whiting made a call regarding a failed overtake attempt on Max Verstappen.

Vettel also has the most superlicense penalty points of any driver in history. If he makes another mistake as severe his at-fault crashes in Azerbaijan, he will receive a one-race ban, which could cripple his chances of taking this year's championship.

Whether or not Todt will order Vettel before the court will be known in the coming days. The fact that the possibility made it out of his head and into the news suggests the prospect is more than likely.