Lewis benefits from another turn of rotten luck for Ferrari. 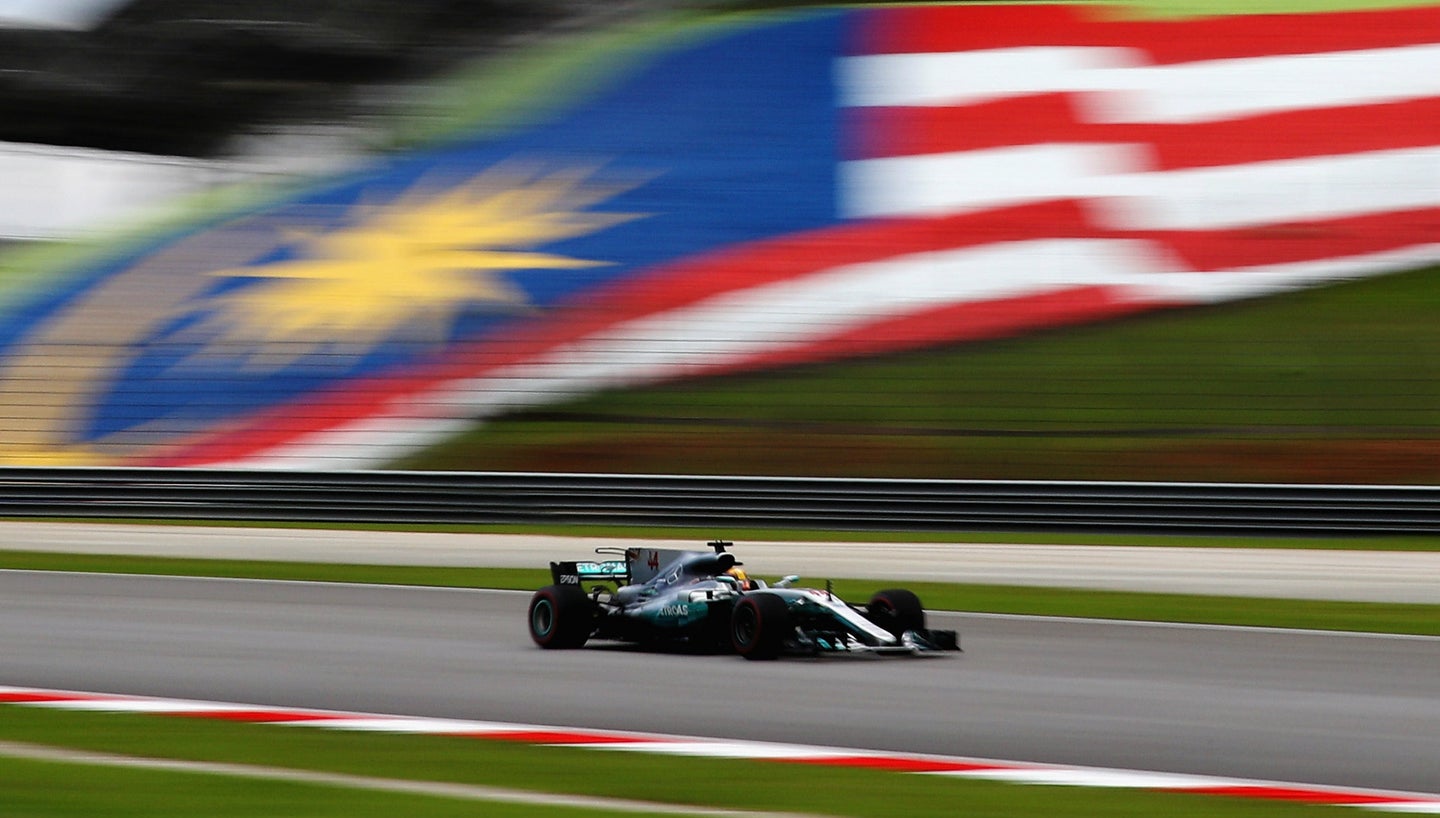 Sepang, Saturday. After struggling in day the first two practice sessions, Lewis Hamilton recovers form in qualifying for this year's Malaysian Grand Prix, taking pole position. He shares the front row with Kimi Räikkönen, and is tailed by the two Red Bulls, who lock out the second row and relegate Valtteri Bottas to P5. Both Force India and McLaren drivers will start in the top ten, as well as Renault's Nico Hülkenberg. Absent from the top ten is Ferrari's Sebastian Vettel, as his engine breathed its last during the morning's FP3 session, further crippling his championship hopes on the coattails of his disastrous Singapore Grand Prix.

Vettel's engine failure in Malaysia mirrors that of Hamilton's at the same weekend in 2016, when Hamilton suffered a rare Mercedes breakdown in the lead of the race, marring his championship aspirations, and arguably being all that Nico Rosberg needed to take his one and only world championship.

Typically, not setting a time during qualifying would bar a driver from starting a race, but the FIA has granted Vettel an exception, due to his times set in practice. This still leaves Vettel with a significant problem: he needs a fresh engine installed overnight before tomorrow's race, and that his final engine of the year needs to now last an extra race.

Despite desperate efforts by the Ferrari pit crew to get the replacement engine installed and ready before qualifying began, time simply wasn't on their side, and Vettel missed qualifying. It is not known at present if he will start from the back of the grid, or be forced to start from the pit lane.

A Ferrari fan present at the race reports that Vettel's new engine installation has been completed,

and despite his work for the day having long been done, Vettel's still hanging around with his pit crew, hours after the backup engine successfully fired up. Whether or not you were cheering for Vettel, that's nothing short of a class act from a man who needs his beauty sleep for the race Sunday.