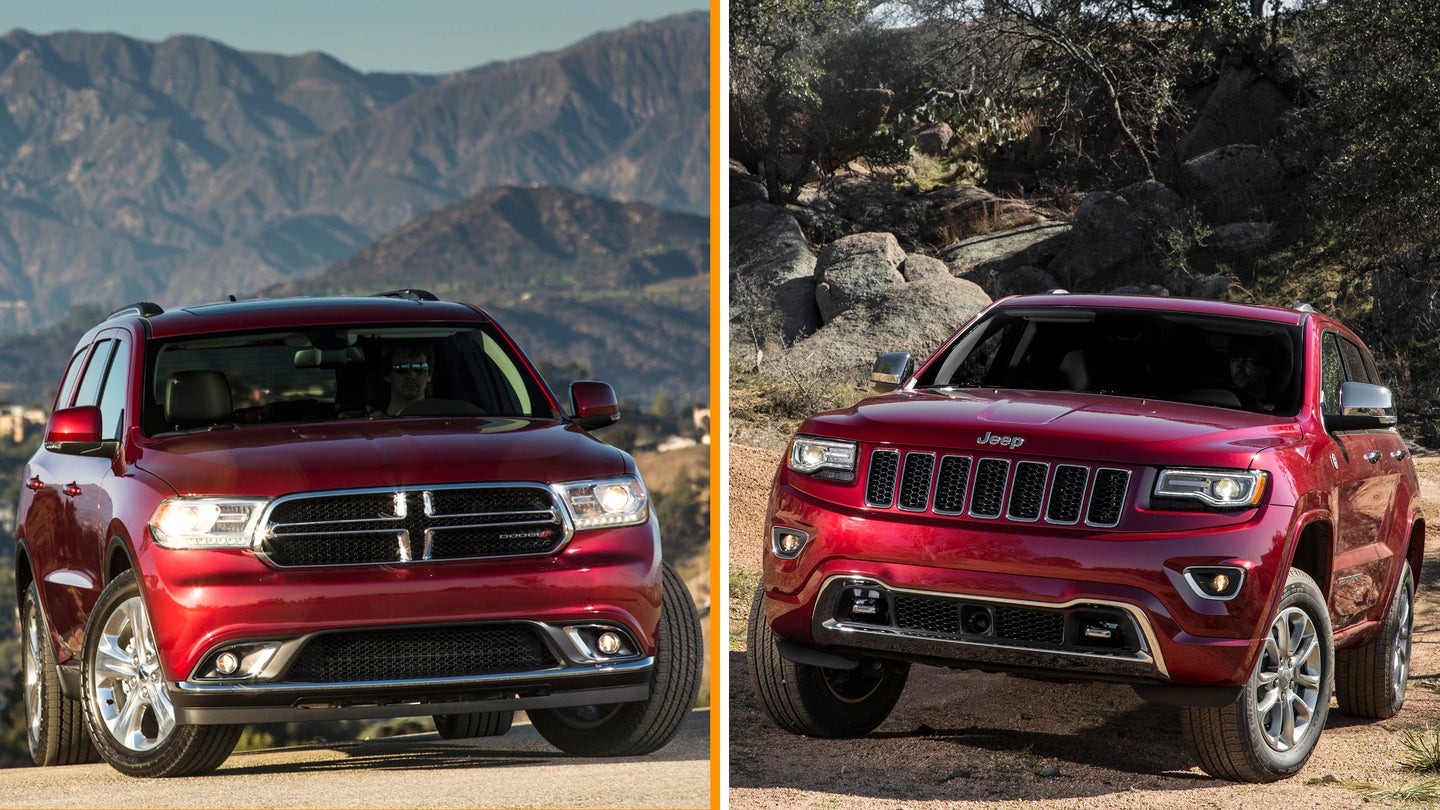 Fiat-Chrysler is recalling almost 650,000 Jeep Grand Cherokees and Dodge Durangos over concerns that dealers may have incorrectly installed a replacement brake booster shield that itself was the subject of a previous recall. If water is able to seep into the booster, it can cause a host of problems that ultimately limit the driver's braking ability in emergency situations, according to documents posted by the National Highway Traffic Safety Administration.

Yes, it's a recall of a recall. Someone call Phil Connors.

The problem affects almost every Dodge Durango and Jeep Grand Cherokee built between January 5, 2010 and September 8, 2013. Brake boosters are particularly helpful on larger vehicles like these, so Fiat-Chrysler initiated a recall in early 2016 when it discovered the booster shield on those models was prone to excessive corrosion. Unfortunately, it seems the re-installation of the new part went awry on a grand scale.

According to the official chronology, reports started popping up this past winter that drivers were experiencing "degraded" braking performance and extremely firm brake pedals in colder climates. A months-long investigation by Fiat-Chrysler revealed the installation error was allowing water into the system, damaging the booster by causing internal corrosion and freezing in cold weather. The official tests showed it sometimes took more than four times the usual force to depress the pedal, and a company statement acknowledged one "potentially related" accident.

FCA also notes the faults may be preceded by a warning light on the dash or intermittent activation of the ABS system without pressing the brake pedal. A fix, which the documents show is the literally the exact same part with updated instructions, should be ready by next month. Per usual, replacing the part won't cost you a dime.