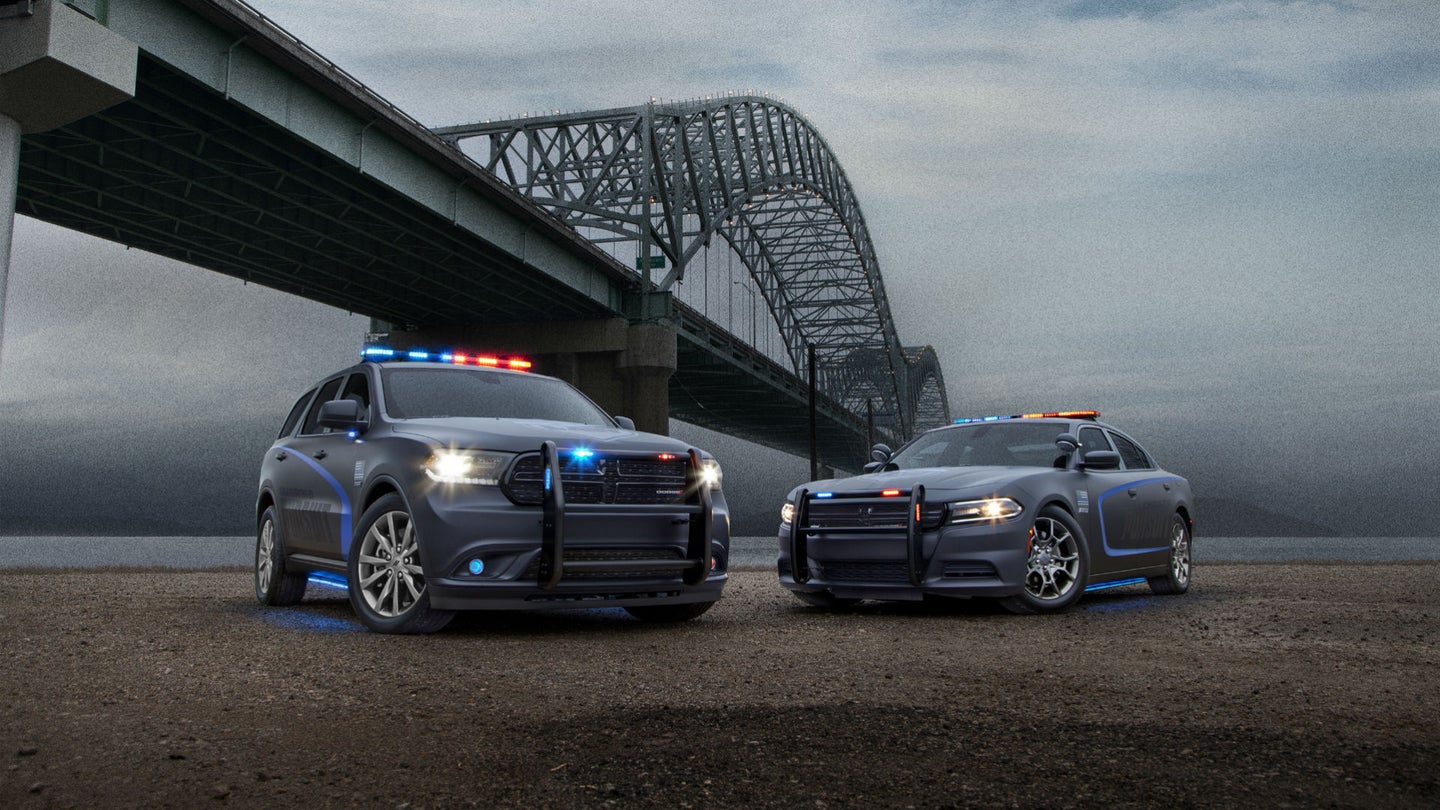 Fiat-Chrysler is adding a police pursuit version to the Dodge Durango lineup, the company announced Thursday. This is now the second police car in FCA's fleet, once dominated by the sleek Charger interceptor, which Dodge says is the best-selling police sedan in the United States.

The 2018 Durango Pursuit features a 5.7-liter HEMI V8 pushing out 360 horsepower and 390 pound-feet of torque, an eight-speed automatic transmission, and active all-wheel drive.

Law enforcement vehicle fans will know that this uses the same power plant that's in the Charger police car, but the Durango takes things a step further with a two-speed transfer case and sturdier brakes, a force to be reckoned with both on the road and off it.

This new heavy-duty police SUV's all-terrain capabilities are further proven thanks to its 119.8-inch wheelbase, 7,200-pound towing capacity, and 8.1 inches of ground clearance. As a plus, this allows officers to store a spare tire under the vehicle, rather than somewhere in the trunk.

The car's 800 cold cranking amp battery and 220 amp alternator maximize its battery charging capabilities, which may be useful since the Durango Pursuit is packed with new electrical equipment. Trailer sway control, a power-locking fuel filler door, and the spot lamp wiring prep package are just a few of the Pursuit's added features.

Inside the vehicle, officers are treated to useful tech like an eight-way power-adjusting driver's seat, ParkSense park assist technology, and Tri-Zone climate control, which is especially useful for K-9 units.

“Unofficial testing results at the Michigan State Police 2018 model-year vehicle evaluation event created such a stir among law enforcement agencies that we simply had to find a way to build this vehicle,” explained Steve Beahm, Head of Passenger Car Brands at Dodge, SRT, Chrysler and FIAT, at FCA North America. “The Dodge Durango is already known as the Charger of SUVs, so it is only natural that the new Durango Pursuit complements the Charger Pursuit in police fleets across the country.”

Law enforcement agencies can start ordering the Durango Pursuit now. Bad boys, whatcha gonna do when this V8-powered SUV comes for you?

The 475-HP Dodge Durango SRT Lacks a Hellcat But Who Cares?
The Drive
MORE TO READ