Fiat Chrysler Issues Recall on Over 320,000 Dodge Dart Sedans That May Roll Away

Apparently, cable bushings may deteriorate, causing the shifter to completely detach from the automatic transmission. 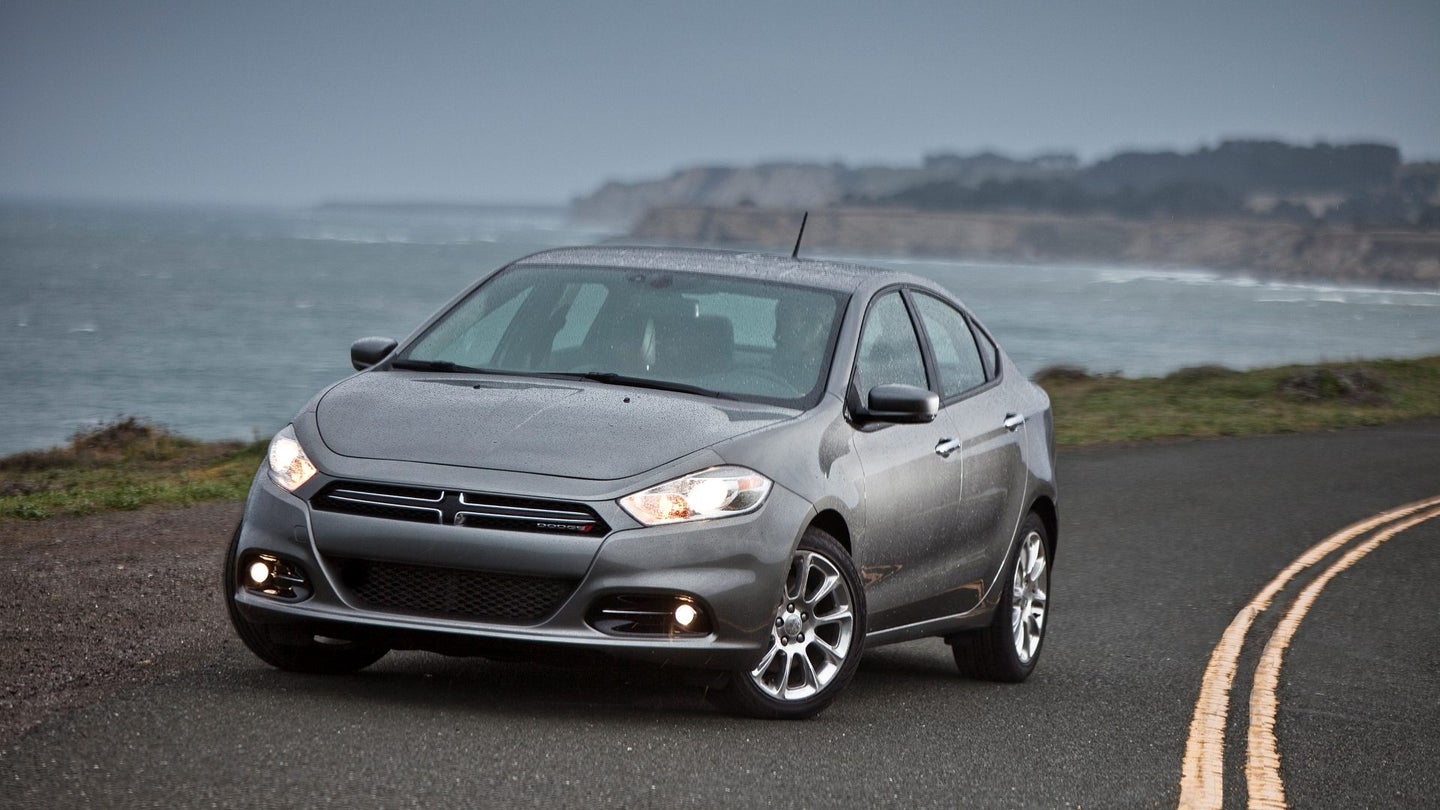 Fiat Chrysler is recalling at least 320,000 Dodge Dart compacts that are at risk of rolling away thanks to a faulty shifter cable that could detach from the transmission itself, reports Reuters.

From the NHTSA filing, all automatic Darts from model years 2013 through 2016 (i.e. the vast majority of Darts made) are affected. Specifically, transmission cable bushings may deteriorate after "prolonged exposure to high ambient heat and humidity" and cause the transmission-end of the shift cable to break. If this happens, the driver will not be able to shift into any gear, including park. As you can probably imagine, a car that isn't in park when its driver think it's in park presents a pretty serious hazard.

FCA currently isn't aware of any related crashes or injuries but says it's aware of "several thousand" related repairs.

To remedy the issue, shifter cable bushings on the transmission side will be replaced with a "more robust" part free of charge.

The company plans to notify affected owners at the end of May. In the meantime, automatic Dodge Dart owners are being advised to put the parking brake on and make sure the car is turned off before exiting their vehicles.

This isn't the first FCA recall related to faulty automatic shifters. Back in 2016, more than a million Jeeps, Dodges, and Chryslers were recalled because they could "runaway." This campaign included the 2015 Jeep Grand Cherokee, a vehicle owned by late actor Anton Yelchin. Yelchin died after he was pinned between the Jeep and his mailbox. Yelchin's family subsequently filed a wrongful death lawsuit against the automaker, a suit that was settled "amicably" in 2018.

More than 320,000 pickup trucks may have been damaged during the initial recall, therefore triggering a follow-up recall.