Praise Be: Dodge Charger Widebody Concept Confirmed, Could Make It to Production

Dodge and SRT's design boss shared more photos of the aggressive Charger seen rolling around the streets earlier this week. 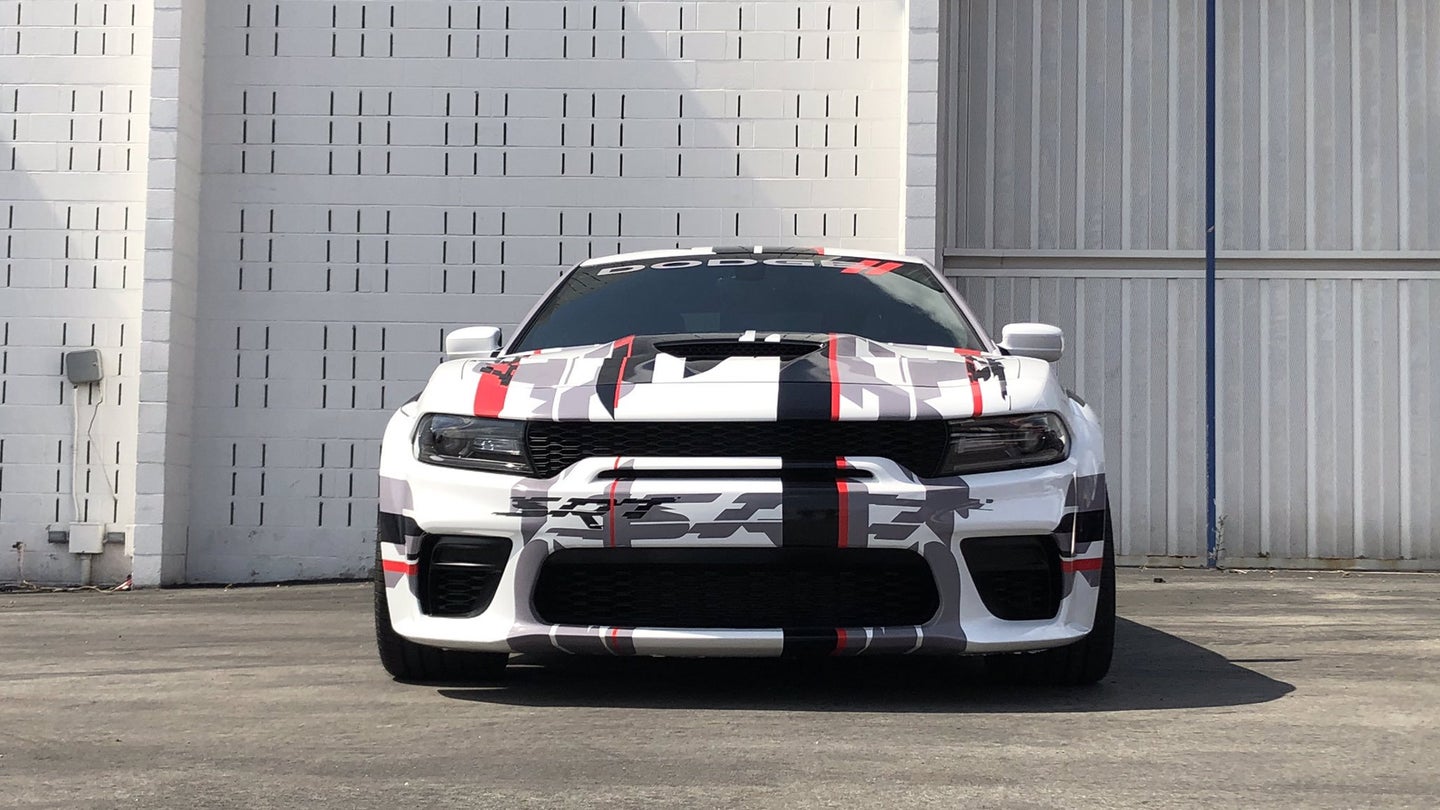 Earlier this week, an Instagram user spotted a camouflaged Dodge Charger Hellcat on the streets of Detroit with super-wide fenders and a stance to make your heart pound. Speculation arose on the vehicle's origins and was finally clarified after more official photos were posted online Friday to show off Dodge's latest creation.

Photos were posted on Instagram and Twitter by Mark Trostle, head of design for Dodge and SRT. Dodge has brought the wider Charger to Spring Fest 14, a car show dedicated to FCA brands which takes place in Pomona, California. The Charger can be seen adorned in the same black, gray, red, and white camouflage that it had been spotted wearing earlier this week.

“We are taking a Charger design concept to Spring Fest to gauge feedback from the huge Dodge Charger, Challenger, and Chrysler 300 enthusiast base that attends the California event each year," wrote a FCA representative in a response to several publications.

Trostle clearly identified the widebody Charger as as a concept rather than a for-production car, though with the Challenger Widebody already in existence, it's likely that Dodge's sedan will get the same treatment of wider fender arches and meatier tires. As an example, the Challenger SRT Hellcat leaves the factory equipped with 275/45 tires while the SRT Hellcat Widebody is fitted with a significantly wider 305/35.

The Charger with wide arches feels very natural, meaning that we'd be surprised if it wasn't well-received by the public and promptly put into production. As of now, Dodge seems to be holding off announcing any further details like pricing and release date for the Widebody package—something that we've been expecting the automaker to do for some time.

As a bonus to hold you off until they do, here's the video of the Hellcat in action posted earlier this week.