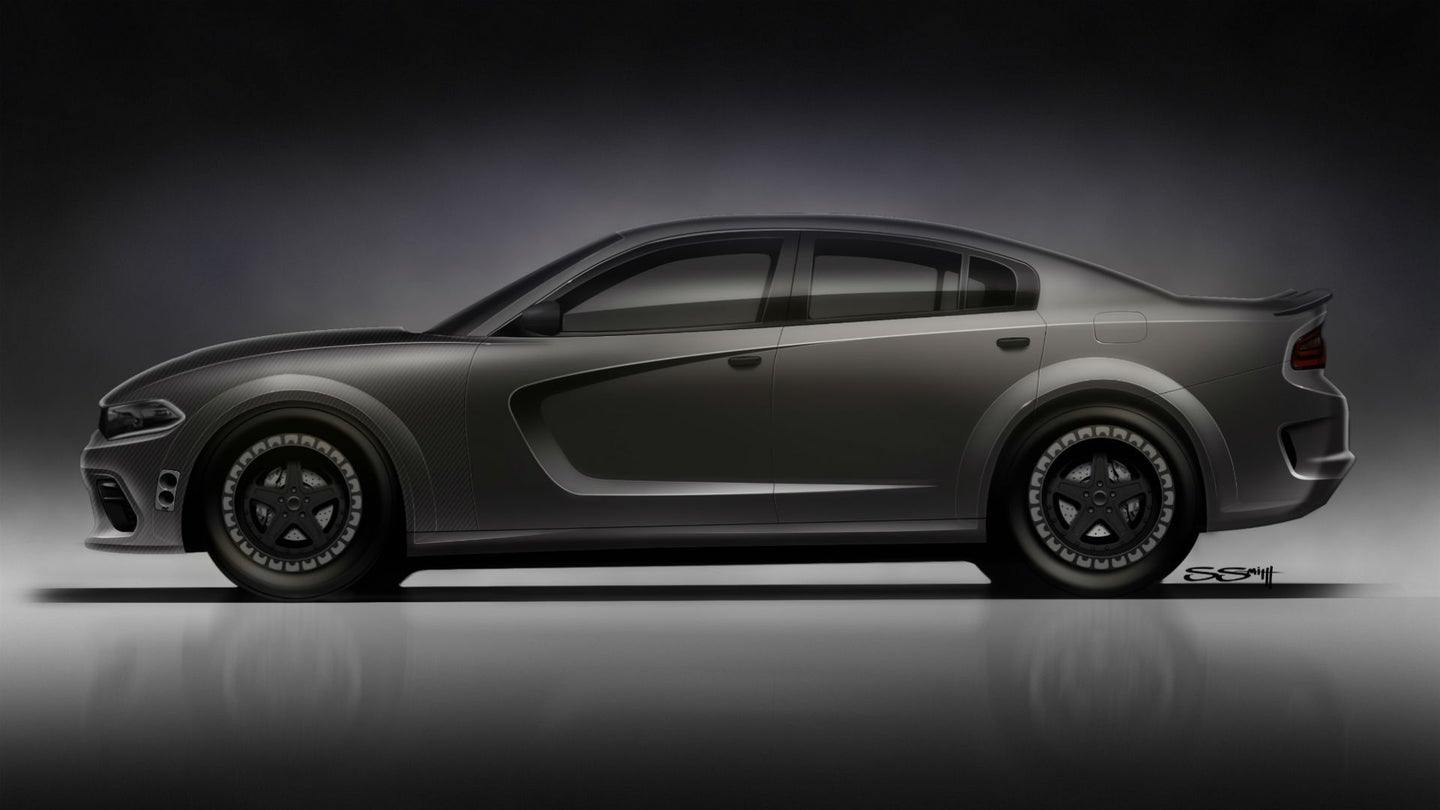 Remember when you would try to best your friends in elementary school by saying whatever they said, "plus one?" That's essentially what SpeedKore has done with its SEMA 2019 creation—an all-wheel-drive, twin-turbocharged, Demon-engined Dodge Charger Hellcat Widebody dressed in carbon fiber.  How's all of that even possible?

First off, the car was fitted with what SpeedKore describes as a "Demon-based" V8 engine that was then stripped of its supercharger in favor of twin turbos. Presumably, that means a 6.2-liter Hemi with Demon-specific hardware that allows for high boost and, in turn, higher output. Whereas the standard Challenger SRT Demon makes 840 horsepower and 770 pound-feet of torque, this build will likely produce a four-digit horsepower figure with similar amounts of twist.

An active, valved exhaust system can either dump waste gases out a front bumper-mounted pipe for track use or a Magnaflow Competition Series for street driving.

It was then time to make the monstrous power plant drive all four wheels, hopefully allowing most of that extra power to translate into speed instead of tire shreds and smoke. This has already been done, in principle, by Fiat Chrysler who connected the Jeep Grand Cherokee Trackhawk's Hellcat V8 to an all-wheel-drive system. A related setup is likely used here.

Finally, all this needed to be wrapped in a shell that was unique to everything else done so far by the droves of aftermarket Mopar tuners. SpeedKore took a Charger Hellcat Widebody to achieve that and consequently re-did the girthy bodywork in lightweight carbon fiber to further set it apart. This should help to offset that extra heft factored in by the all-wheel-drive system, but rest assured—this thing'll have plenty of power to keep up.

The full reveal is coming Nov. 5 at Las Vegas' annual SEMA show where we'll have all the deets of this insanely engineered muscle machine.