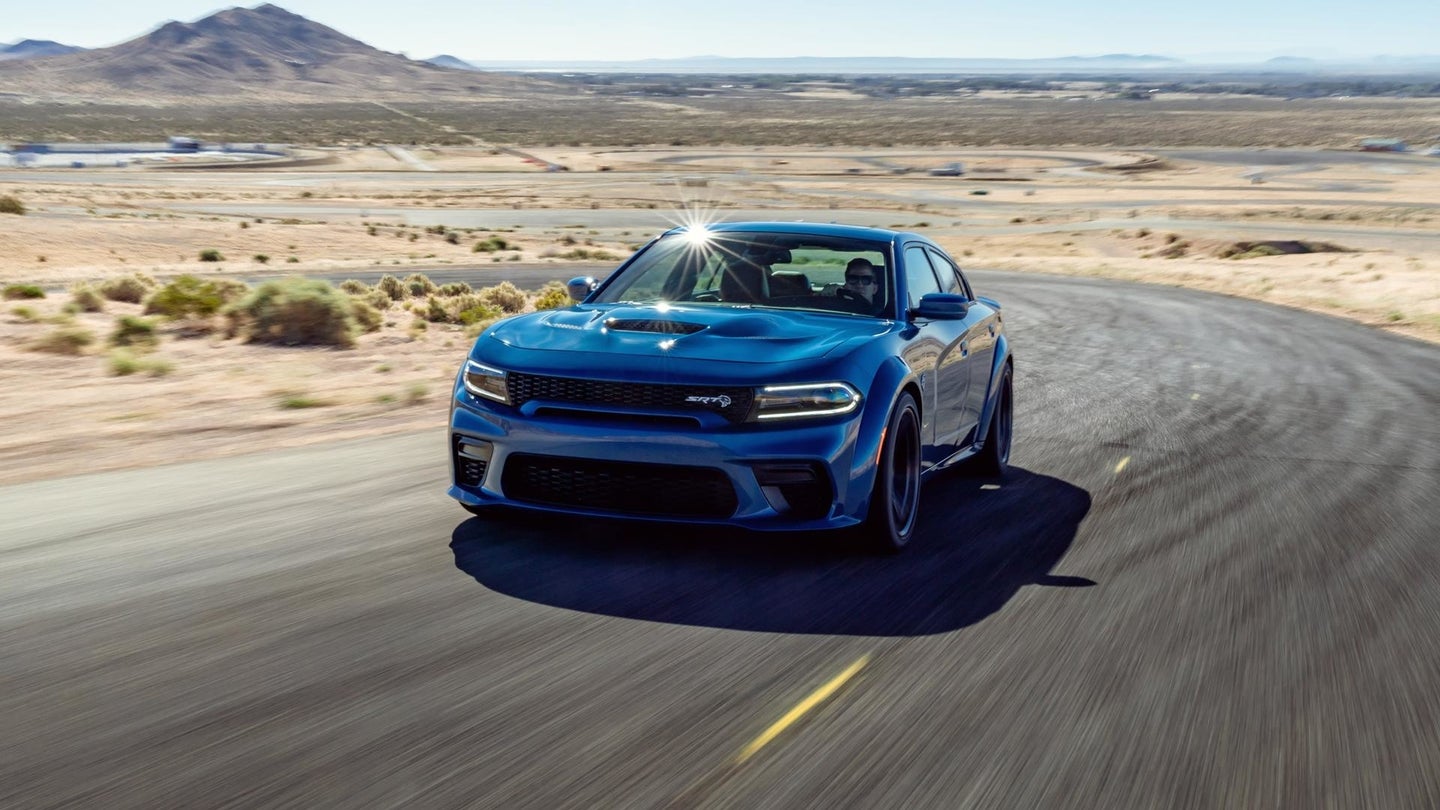 Since their inception, the Hellcat twins—Challenger and Charger—have been more than a handful. Their 707-horsepower supercharged V8s delight, terrify, and have shown many a novice that their skills aren’t up to par with the hellacious oomph delivered via the rear wheels. Through the course of their lives, however, Dodge has made subtle improvements to their overall drivability. First was the Challenger SRT Hellcat Widebody, which gave the entire car a more planted demeanor. Now’s the Charger’s turn. Introducing the tire-smoking 2020 Dodge Charger SRT Hellcat Widebody.

The majority of the changes, however, come in the form of enhanced handling as the widening of the Charger SRT Hellcat Widebody adds 3.5-inches at both the front and rear tires. The oversized fender flares allowed Dodge to swap in a set of 20-inch wheels with Pirelli rubber measuring a staggering 305 width at all four corners—because as racecar drivers can attest, to get the best handling, you want a square stance. As the Charger SRT Hellcat Widebody’s handling was the main priority, Dodge included a set of Brembo 6-piston front calipers with two-piece brake rotors, and a new suspension setup by Bilstein that includes three different damping modes; including Street, Strip, and Road Course.

Furthermore, the Charger SRT Hellcat Widebody gets increased front spring rates, which are 32-percent stiffer than the outgoing model, larger sway bars both front and rear, and the aforementioned retuned shocks with have stiffer springs and revised valving. The Charger SRT Hellcat Widebody also receives a Race Cooldown feature that, “keeps cooling the supercharger/charge air cooler after the engine is shut off by running the intercooler pump and radiator fan.”

Speaking ahead of the Charger SRT Hellcat Widebody’s launch, Tim Kuniskis, Head of Passenger Cars for Dodge, SRT, Chrysler, and FIA for North America, said, "People say, 'no one wants cars anymore.' I would tell you that the 40,000 people who bought a Dodge Charger so far this year would probably agree, because to them, the Charger isn’t just a car. The Charger’s reach extends beyond body-style practicalities and it can’t be defined by average industry shifts. Can you buy a vehicle that is dollar for dollar more practical than a Charger Widebody? Absolutely, but there are also more than 1,000 flavors of ice cream and vanilla is only one of them. If the 'average' person will own six cars in their lifetime, our cars need to connect so strongly that people can't help, but turn around and take a second look before walking away."

Orders for each of the cars will begin later this fall, though pricing has yet to be announced. But given the climate of cars going for smaller displacement, hybrid, and electric drivetrains, this last hurrah by Dodge could be the finale for the muscle car. To that end, let’s all raise our collective beer bottles to the last of the breed. Praise be, the Charger SRT Hellcat Widebody.

Let’s get ready to kick the tires and light the fires.