This Hellcat 1969 Charger Is the Best of Both Worlds

The real cherry on this classic Charger is its modern dashboard and console. 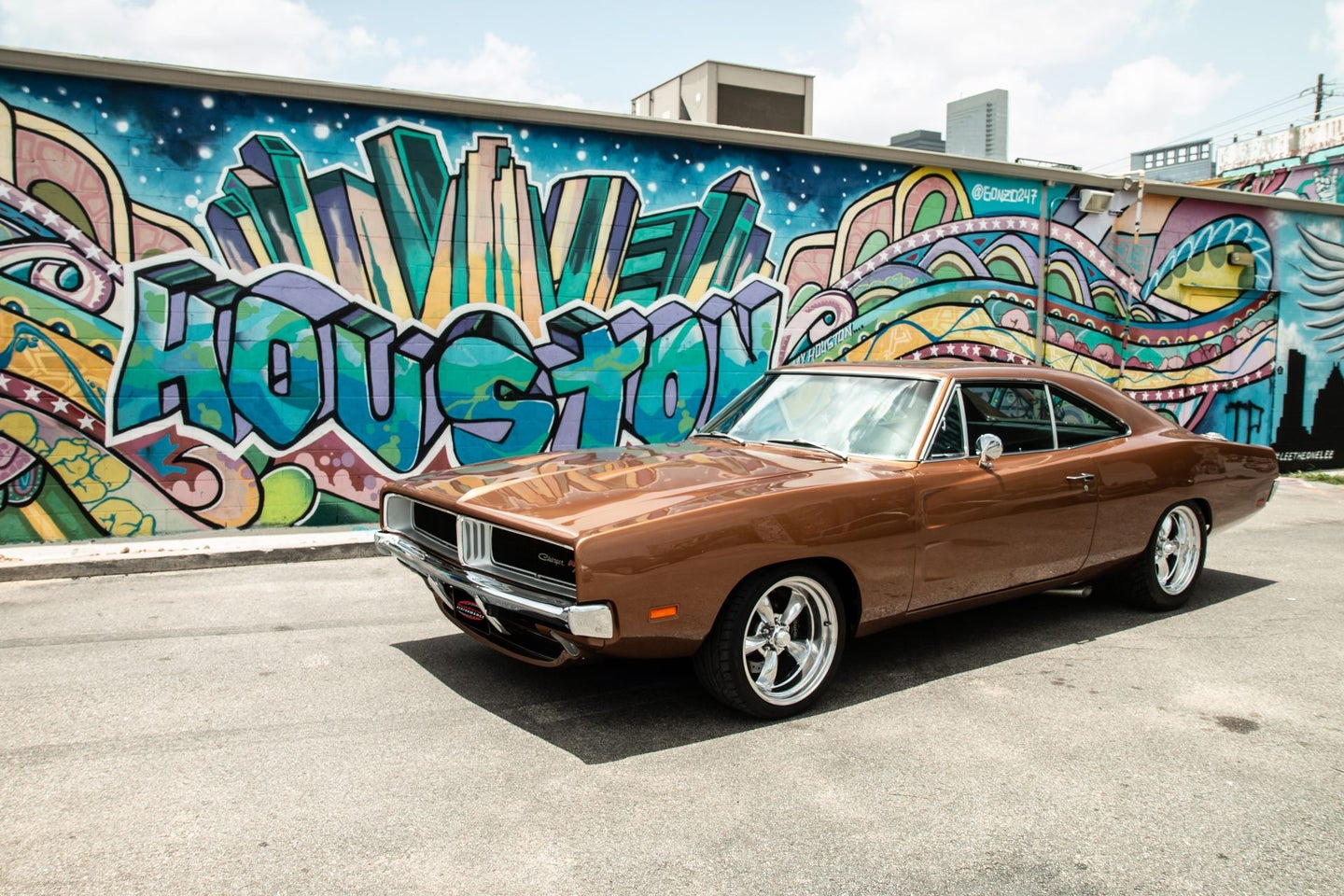 Bumbera's, a performance shop out of Texas, has recently completed work on a custom 1969 Dodge Charger and shared some specs and photos with The Drive. From the outside, this car looks like your typical muscle car build, with standard bodywork, shiny five spoke wheels, and fat Micky Thompson drag radials out back. Take a look under the hood, however, and you'll see that this is far from a run-of-the-mill Charger.

The Dodge is powered by a 6.2-liter supercharged V8, appropriately sourced from a 2015 Charger Hellcat. Power is transferred through the Hellcat's stock eight-speed automatic transmission, then out to the tried-and-true Ford nine-inch rear axle. To handle the ample 707 horsepower from the engine, Bumbera's added stronger sub-frames to the Charger's chassis, an upgraded Magnum Force suspension, and big Wilwood brakes all around. The shop also had to modify the standard car's grill to improve airflow to the supercharger.

Any shop worth its salt can swap an engine, but Bumbera's has gone above and beyond with this build by integrating the 2015 Charger's dashboard, steering wheel, and center console into the 1969 body. Not just for show, the Charger's gauge cluster, stereo, and air conditioning all function just as they would in a factory car. The classic Charger is quite a bit narrower than the current vehicle, so the dash had to be cut down to fit. Even so, all the interior's modern amenities have been preserved.

When asked if it was interested in taking on more Hellcat swap projects, the shop told The Drive "Bumbera’s is open to doing this type of package to anything a customer can dream of."

This particular car was built for Solomon Hill of the New Orleans Pelicans basketball team. If another customer wanted to replicate Hill's car, Bumbera's says that it would cost "from $100,000 to $250,000 again all based on the level of the modifications they would like to have made."