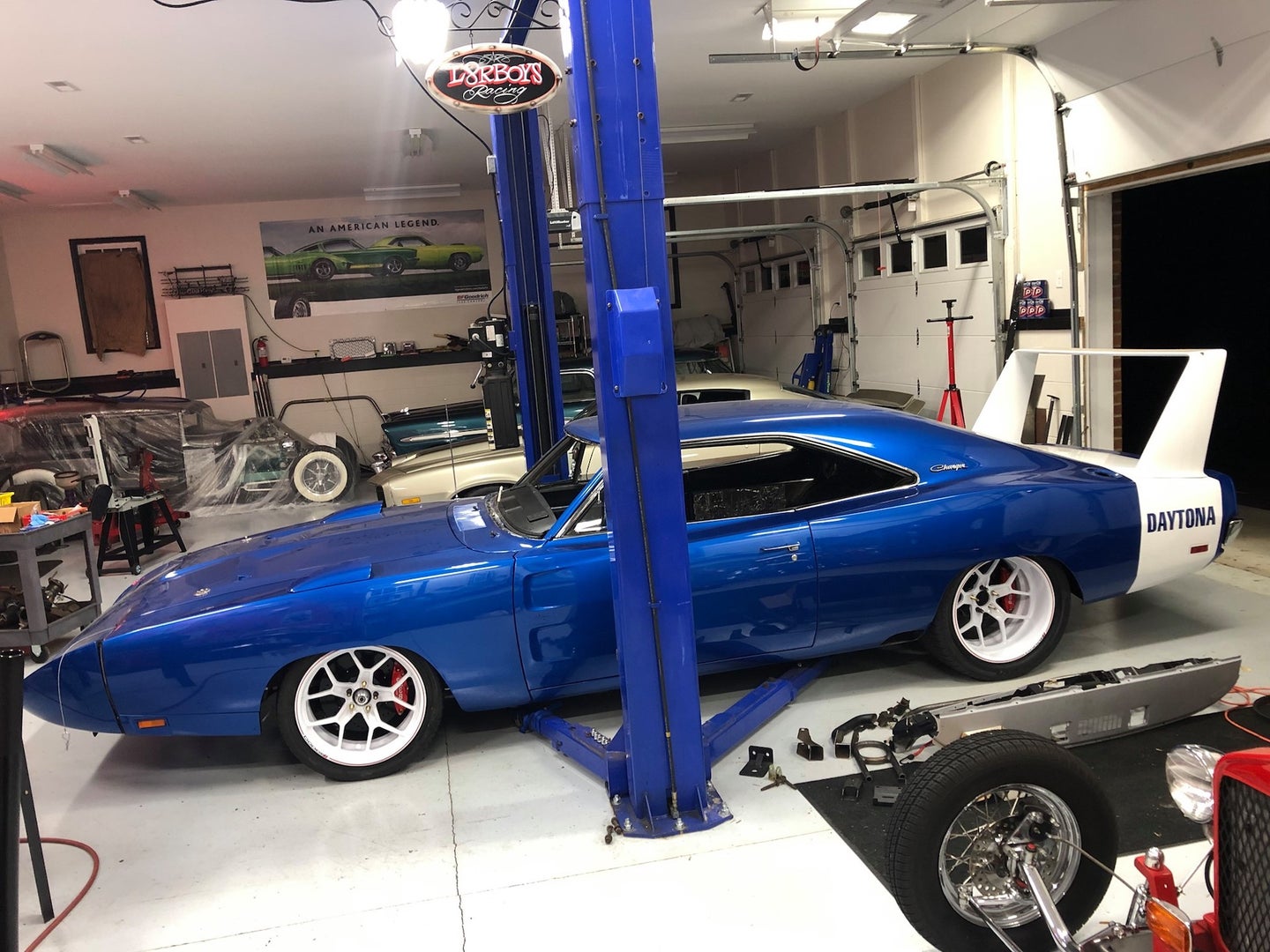 Have you ever wanted to own a real head-turner muscle car but without breaking the bank or tapping into the kids' college funds—or at least not too much? That's exactly how Robert Masi, the owner of a 1970 Dodge Charger felt. As a result, he decided to make his already unique creation look like a vintage Dodge Charger Daytona. Oh, and he also dropped a Hellcat engine under the hood.

Masi posted pictures of his custom Dodge Charger Daytona tribute car to the B-Body Mopar Facebook group, showing the complete build with the iconic 6.2-liter supercharged V8 Hemi engine. The sweet-looking creation is finished in 1999 Chrysler Intense Blue Pearl. We're unsure if the engine has been tuned or modified in any way, but considering the stock output is rated at 707 horsepower, it's safe to say there isn't a real need to squeeze more horsepower out of it.

According to Masi's comments on the Facebook thread, the vintage Charger was originally restored back in 2000, and all of the parts sourced to create the Daytona look are allegedly authentic reproduction parts. Masi then sold the car shortly after completing the build but decided to buy it back recently to upgrade—and that's where the new Hellcat engine and upgraded wheels came in. Also, it appears that Masi is responsible for the entire build, as he replies to one commenter on the thread saying that he's performed all the work and that he owns a hotrod shop in Virginia.

Comments on the post range from “DAAAMN” to questions about the car’s top speed. Heck, one person even asked to be adopted as Masi’s daughter (because apparently having a cool car warrants such request). Real or not, this Charger Daytona is likely to command a healthy price tag if it's ever listed for sale.

The original Charger Daytona was one of two cars made by Dodge as part of its NASCAR homologation requirements, and the famous Superbird came as a successor to the Daytona. In 1970, the Daytona became the first car in history to break the 200-miles-per-hour mark in NASCAR. Furthermore, the Charger Daytona came from the factory with two engine choices: a 440 cubic-inch Magnum engine and the extremely rare 426 cubic-inch Hemi. Both cars are exceedingly special and rare, with Daytona models powered by the 440 engine easily reaching into the six-figure range, while cars with a 426 under the hood flirt with the $1-million mark.