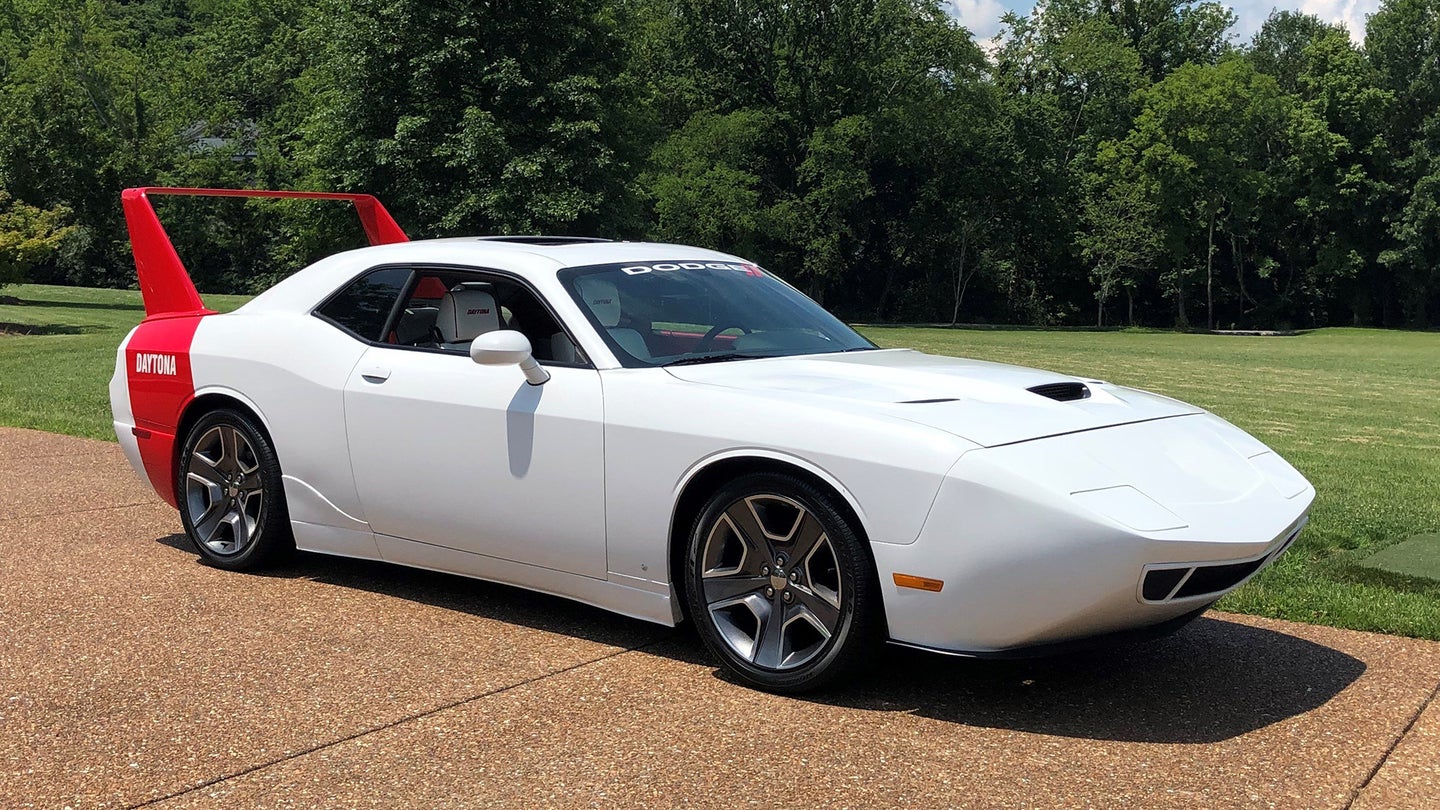 If you've been hoping for a true modern rendition of the original Dodge Charger Daytona, the big-winged NASCAR homologation special built to go over 200 miles per hour, then you’re most likely unhappy with Dodge's revival of the nameplate by way of a four-door muscle sedan. However, GAA Classic Cars in Greensboro, North Carolina might have something for you if you’ve really been lusting for a present-day recreation of the coveted model. Up for auction at one of the company's upcoming events is this unique Dodge Challenger-based Daytona recreation which, depending who you ask, may be a worthy replica or a total flop.

Its bones seem to be worthy, though, as it appears to have started life as a 2013 Dodge Challenger R/T with the Super Track Pack, which bundled sport suspension and a 5.7-liter Hemi V8 that made 372 horsepower. Then, it’s been given its custom makeover complete with a slant-nose front end, hideaway headlights, and a giant rear wing. But the outfitter didn’t stop there, giving the car a unique white interior with red trim to match the white exterior. To complete the look, it’s been festooned with 20-inch aluminum wheels, wrapped up in 245/45ZR20 Goodyear Summer Performance tires.

He is a known car collector who built a massive 10,000-square-foot barn on his property in Nashville, Tennessee, just to house the majority of his personal collection. Shinn’s collection mostly consists of a wide variety of American classics, ranging from original muscle cars to classic hot rods.

GAA Classic Cars didn’t list a starting price for the Challenger Daytona, but it will be heading to its major November auction with no reserve.

What kind of masochist keeps a limited-edition car like this in storage without doing burnouts, burnouts, and more burnouts?