If you’re in the market for a Hellcat-powered Challenger, now might be the time to buy because its future is not guaranteed. 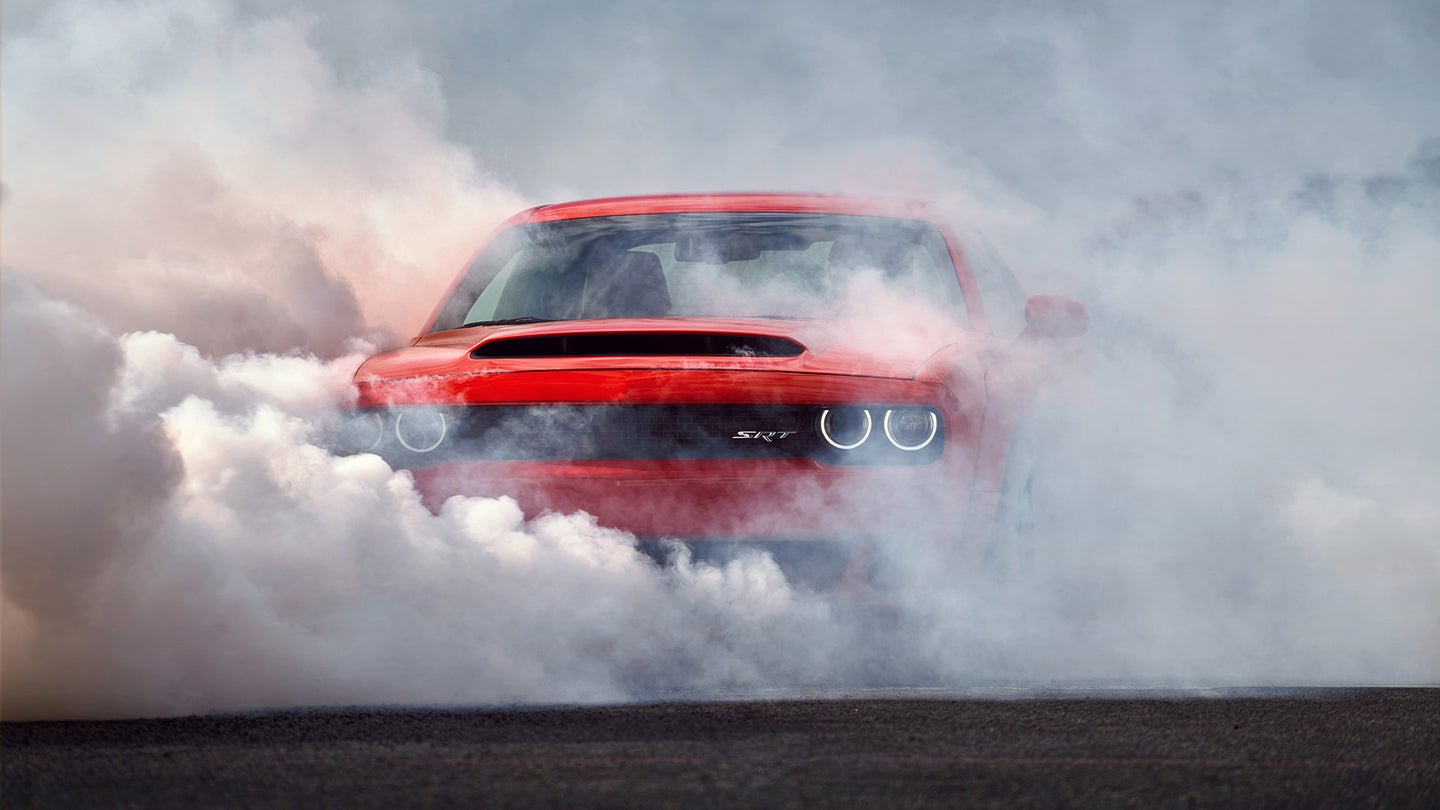 The current-generation Dodge Challenger comes with a litany of engine options. There's a base V6, two naturally aspirated V8s, and then two supercharged V8s. They come in different horsepower levels, ranging from around 300 to nearly 800. But they heyday of V8 muscle might be coming to an end, according to the new boss at FCA.

CEO Mike Manley spoke at the Detroit Auto Show, saying to The Detroit News, "the reality is those platforms and that technology we used does need to move on. They can’t exist as you get into the middle-2020s." In addition to the gas-guzzling nature of a big V8, there's the overall weight of that platform. "New technology is going to drive a load of weight out, so we can think of the powertrains in a different way. And we can use electrification to really supplement those vehicles," he added.

They key word there is electrification. Future Challenger products, and presumably the Charger as well, will have some sort of electrification to help boost fuel economy and make power. "I think that electrification will certainly be part of the formula that says what is American muscle in the future," said Manley. "What it isn’t going to be is a V8, supercharged, 700-horsepower engine."

So Manley doesn't view the Hellcat engine as the powertrain of the future. While many of us will surely be sad to see it go, it wasn't particularly surprising that the engine and supercharger wouldn't last forever. But Manley also doesn't think that the electrification will be the dominant part of a future Challenger muscle car. Rather, he views it as an assist for the gasoline engine, which will still play a major role.

While the company is working on the next-generation Challenger, it looks like it could be a few years away from launch. When he said "middle-2020s," it seems to indicate we'll have Hellcat power for a little while longer. But if the gas engine isn't going away in the muscle car, there's no reason why Dodge couldn't electrify the Hellcat engine and make it even more badass, right?