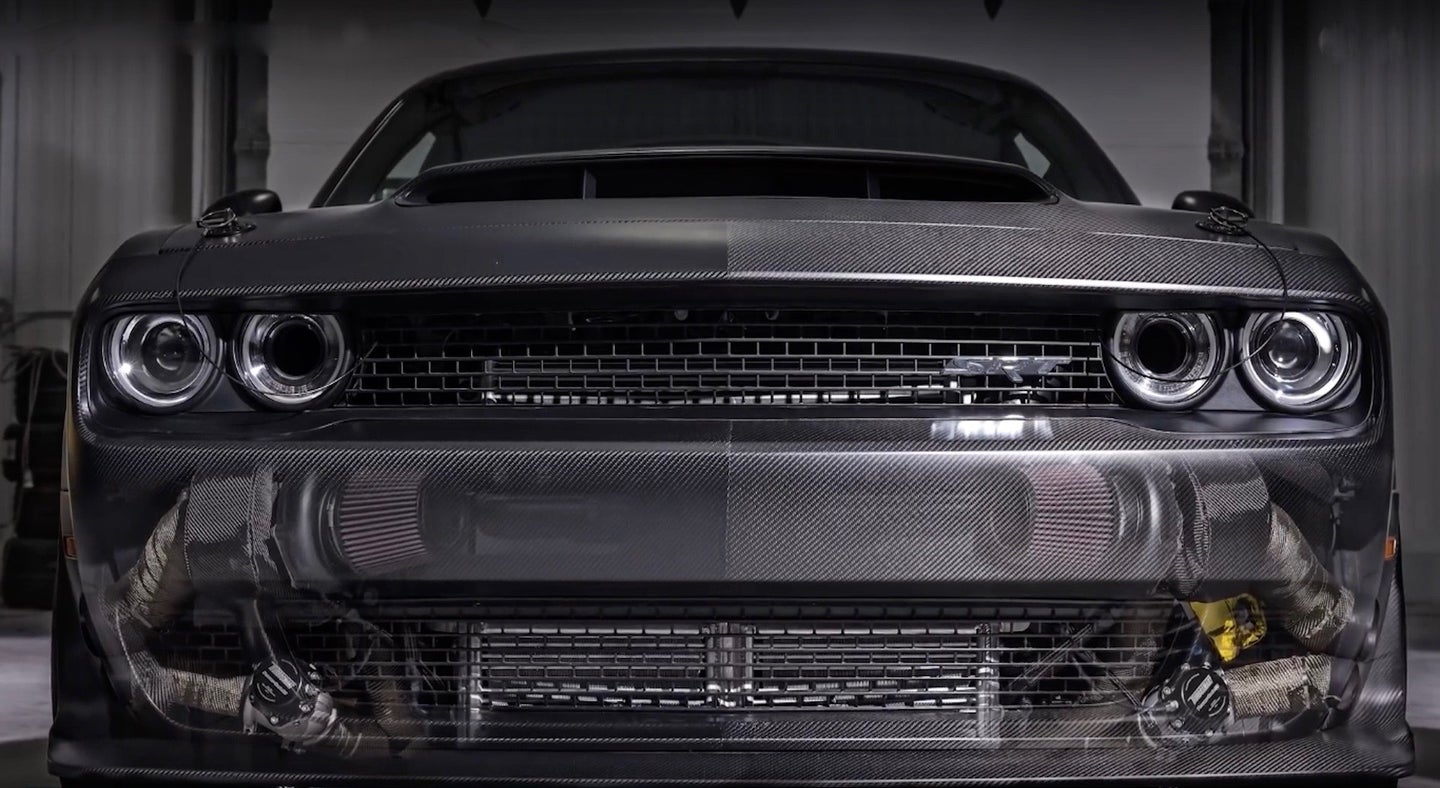 Tired of reading about what Tesla is up to or how many miles per gallon the world's newest plug-in hybrid can achieve? We've got you covered. Behold this twin-turbocharged Dodge Demon that's so stupidly loud and powerful, the engine noise alone could wake up the dead.

It's called the Speedkore Demon, and as we previously shared with you, it stole the hearts and wallets of muscle car aficionados at the 2018 SEMA show. While a previous video by Speedkore showed us the Demon's carbon fiber body and other goodies being developed, a new video recently released by That Racing Channel shows the bad boy getting manhandled by NHRA star and all-around badass Leah Pritchett.

Under the hood of the amped-up Demon is the same supercharged 6.2-liter Hemi V8 found in the stock model, but it's had two 7675 Precision turbocharges bolted on, in addition to a beefier torque converter, a carbon fiber driveshaft, and a rear-differential brace to make sure the overall package doesn't go kaput due to the added horsepower. And speaking of horsepower, this roll-caged ride puts out an insane 1,203 horsepower at the rear wheels.

While the specs are downright impressive, it's the sound and the visual display of speed that are the most noteworthy characteristics of this video. The rocket-like thrust that the Demon produces after banging on the rev limiter for a few seconds truly seems otherworldly, and it reminds us just how violent it felt to launch a stock Demon—let alone one with a lightweight carbon fiber body.

Turn up the volume.