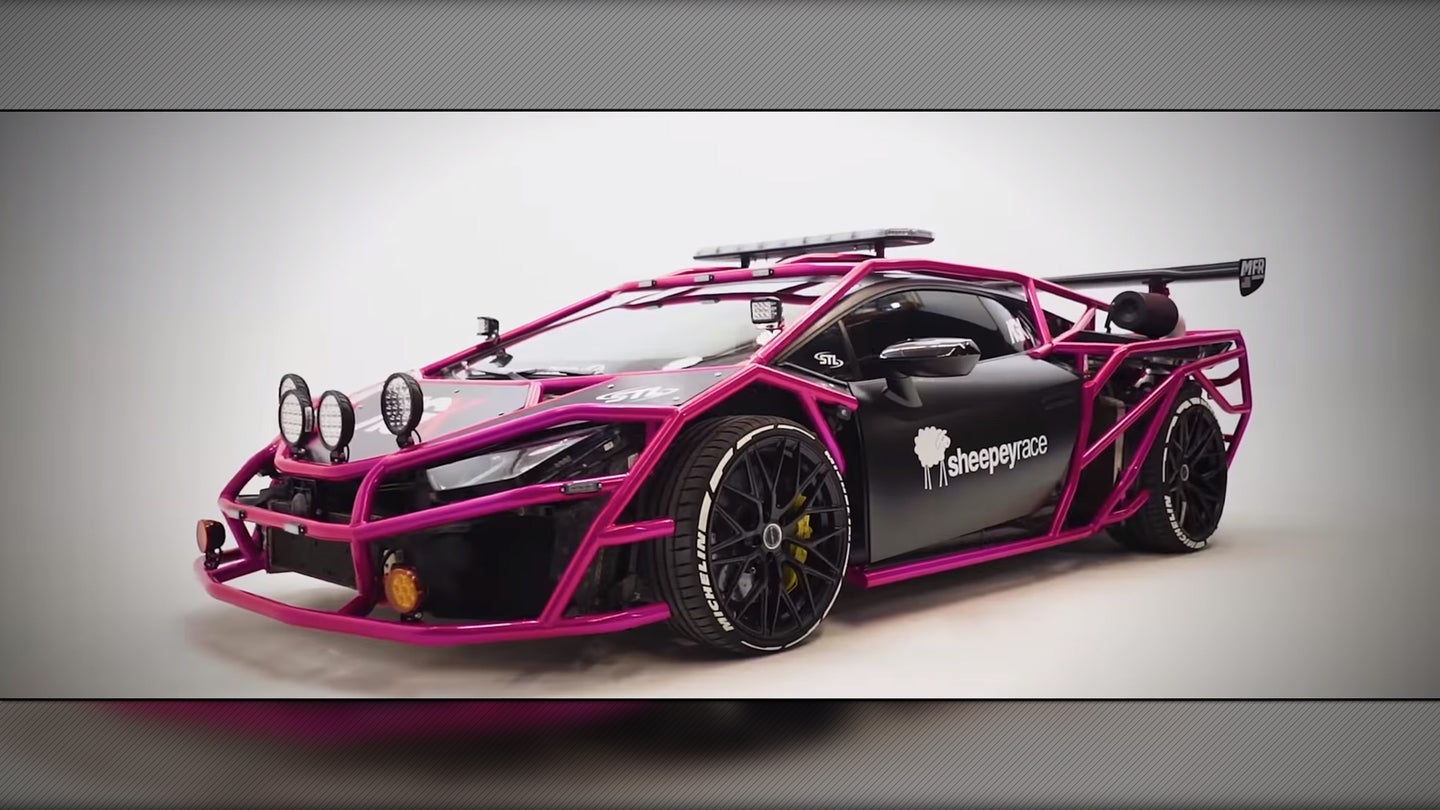 You might remember content creator Alex Choi and his Huracan from that time when he nearly killed a motorcycle rider after power sliding on a mountain pass. The social media influencer has built a large following on social media for his modified exotic cars and outrageous taste in banana-decal-clad vehicle customization, something which he absolutely continued with this next build.

The Huracan was inspired by the flip car in the Fast and Furious 6 movie; as you can probably imagine, this means that it's going to look absolutely wild. And it does, but in a good way.

A pink exoskeleton (Choi calls them "monkey bars") accents the shape of the Huracan and completely removes a good deal of the body panels around the car. In addition, 42 different lights are mounted to the car in various places, including a variety of flush-mount strobes and four Group B inspired round lights on the front of the car. He also boldly claims that the designers of the Huracan were "nerds" and explained that they should have flipped the taillights upside down on the production car, which is exactly what he did.

Choi repurposed the wheels from his previous build, a one-off set made by Brixton Forged (notice the hat he is wearing embroidered with the company branding), albeit colored in black.

The supercharger that was once on the Huracan was removed in favor of a new twin-turbo kit with custom plumbing. A custom set of air-to-air intercoolers were fabricated to sit in place of the rear arches, complete with massive air filters exposed to the elements.

"I can't wait to see the reactions or the looks on people's faces when I start taking this to car shows," says Choi, "Especially these cars and coffees and exotic car shows where these purists come and expect to see clean Lamborghini builds and all of a sudden they see this rolling through."

The car was clearly built to raise controversy, something which it's already doing since going live on YouTube. Choi says that the car isn't done yet either, and also thanks the "5 percent" of viewers who he believes will like the build. Comments on his video, which has amassed nearly 145,000 views in a couple of hours, are overwhelmingly positive. And while we probably wouldn't call it a rally car—you do you, Choi.

The limit was discovered after an Huracán owner could no longer engage launch control at just 28,000 miles.