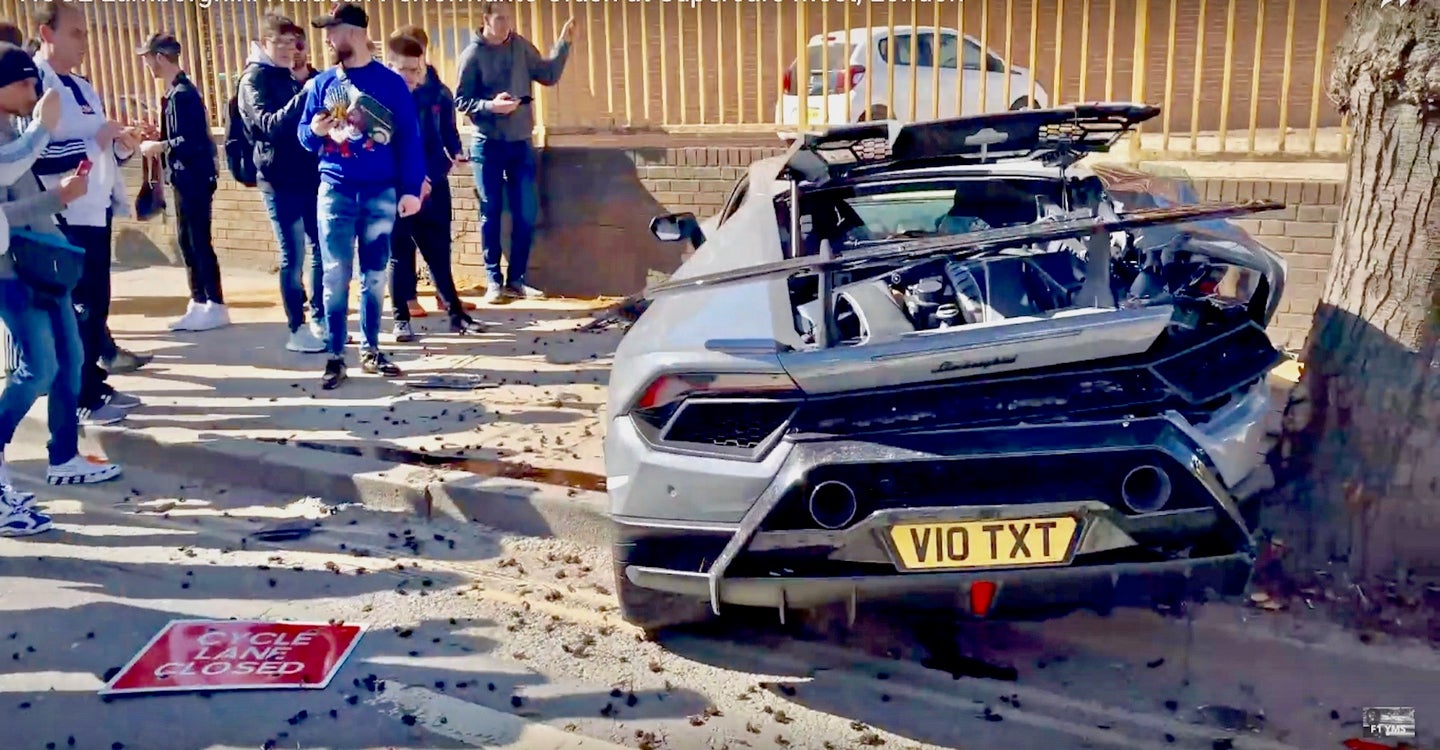 As the weather warms up, car meet season begins. Unfortunately, this pretty much always results in less savory members of the car community getting into mishaps in their misguided attempts to show off. It's like clockwork.

Against all odds, this year's inaugural car-meet wreck doesn't involve a Ford Mustang. At a gathering of exotic cars hosted by U.K. dealership H.R. Owen on Sunday, the driver of a $275,000 Lamborghini Huracan Performante lost control and smashed his mid-engined Italian supercar into a tree.

It's a tale as old as the automobile itself. Testosterone-fueled young male gets behind the wheel of a flashy, powerful vehicle. Said male observes that he's being watched by a considerable number of people, some of which may or may not be female and willing to take him on as a mate if he proves himself to be an extraordinarily skilled, supercar-wielding specimen.

As Vikram from The Office once said, "Confidence: it's the food of the wise man but the liquor of the fool." This particular Performante driver likely had a little too much to drink.

According to the uploader, nobody was hurt in the ordeal but it's important to note how badly this could've gone and how big of a tool this dude is. The Huracan violently slides into a bike lane, taking out a couple signs before jumping the sidewalk in an area already littered with spectators. Any pedestrians or bikers in the wrong place and the wrong time and this collision easily could've been fatal. The car, meanwhile, looks absolutely destroyed beyond repair.