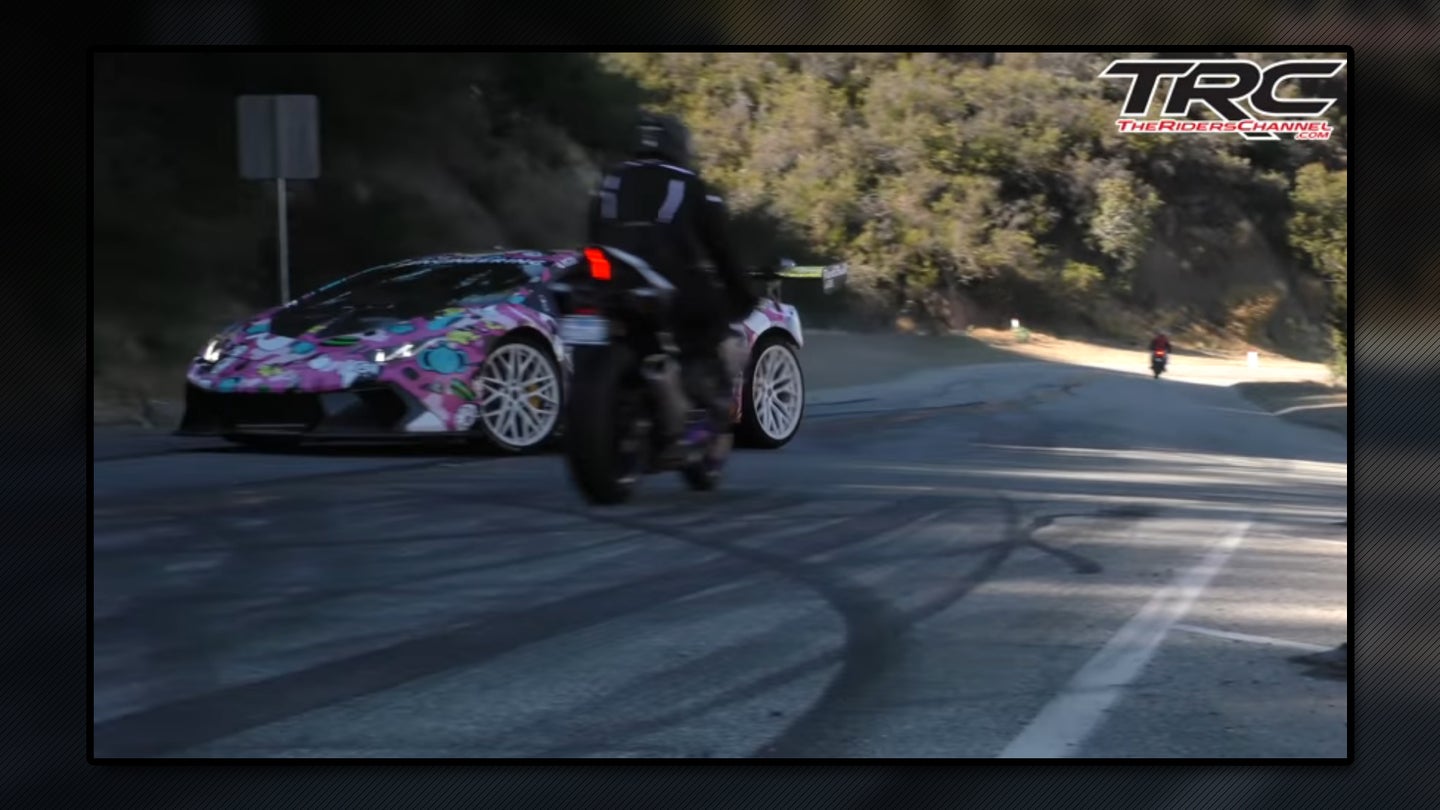 Having fun behind the wheel is what makes exotic and high-power vehicles so darn intoxicating. However, there's a fine line between having fun and being a danger to others, so one must carefully consider how to go about enjoying a fast vehicle without risking innocent lives. Such is the case of this Lamborghini Huracan that recklessly pulled out in front of a Yamaha R1 that was traveling at speed on a public road, nearly causing an accident that could have claimed the rider's life.

The modified Huracan belongs to popular YouTuber Alex Choi, who has built a large following on social media for his modified exotic cars and outrageous taste in vehicle customization. As the video shows, Choi, for some reason, decided to drift across a two-lane road but failed to notice that a motorcycle was coming. Thankfully, the two narrowly missed each other and everyone was fine.

Choi immediately pulled over following the near-miss, only to receive a severe tongue-lashing from a woman who witnessed the whole thing and is believed to be the rider's girlfriend. Choi goes on to explain that the bike was in the Huracan's blind spot, which appears to be a common complaint from owners, and immediately apologized. After a few minutes of getting his behind handed to him by the woman, he decides to wait until the R1 arrives back on the scene. Once that eventually happens, the two exchange a few words and appear to reconcile.

The blind spot doesn't excuse Choi's poor decision to skid across a public road, especially one that is always packed with motorcycles such as Mulholland Highway in the outskirts of Los Angeles. This situation has lead to a plethora of Reddit comments claiming that the incident was staged, while others call out Choi for his historically poor judgment behind the wheel. Meanwhile, some YouTube commenters attack the two individuals who confronted Choi and seemingly attempt to justify his driving.

If the timing had been even slightly delayed, the Huracan and R1 would have likely made contact, a situation which could have resulted in a terrible outcome for both parties, but especially the R1 rider. And as told by bystanders who witnessed the near-miss, an "ass-beating" for Choi.