Watch a Motorcyclist Knock Out Two Guys Picking a Fight

Sometimes, taking out your aggression on someone’s pride and joy is a big mistake. 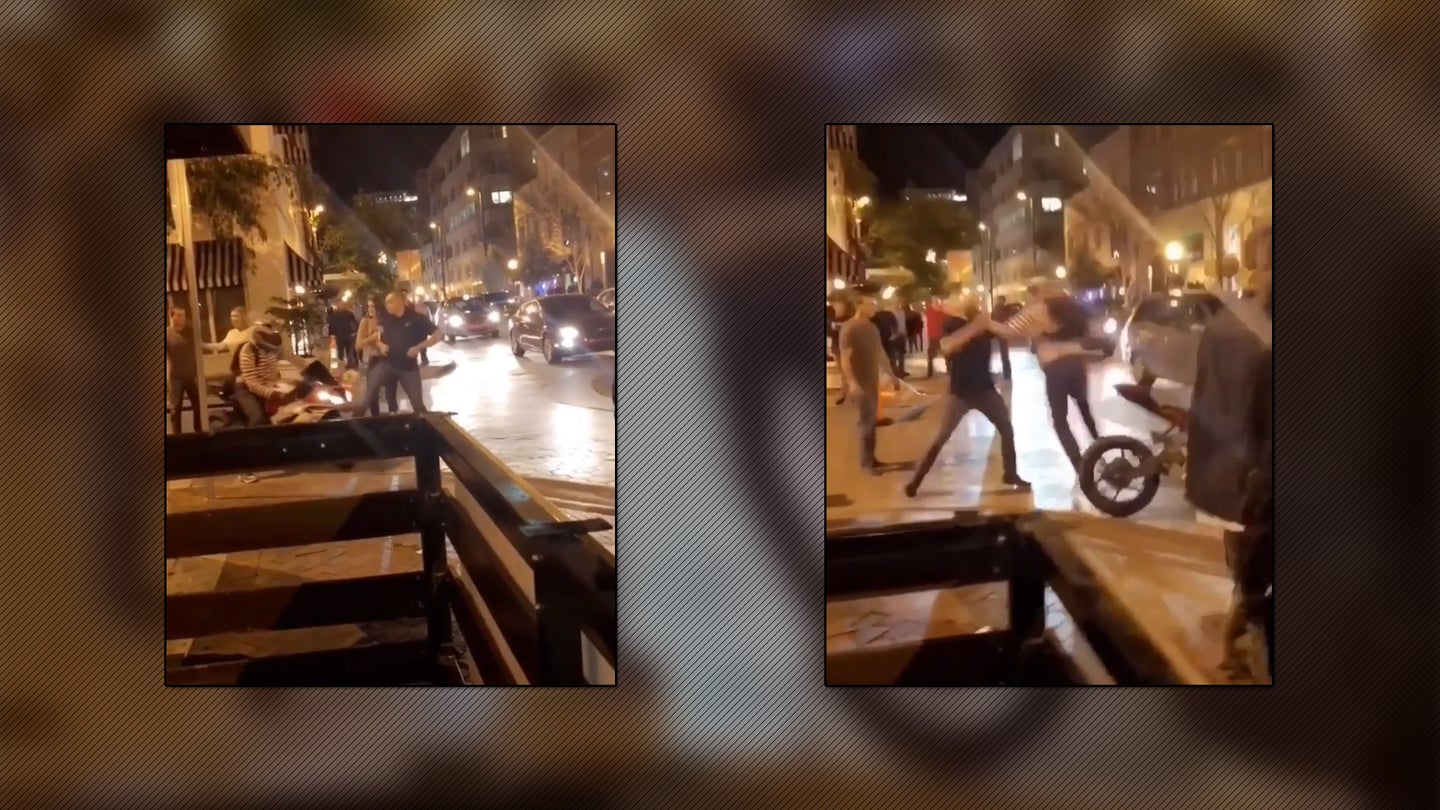 We're not sure exactly what caused these guys to go at it, but there's an old saying about messing with someone's vehicle. This particular rider wasted no time between his bike getting kicked and retaliating on the aggressors. Though the motorcyclist may have come out on top this time, excessive use of ignorance could lead to disastrous results on the road.

This short video shows a geared up rider on his Yamaha R1 passing through a crosswalk. A man can be seen kicking the bike's front wheel and repeatedly striking the rider and the motorcycle's plastics after it came to a stop. What proves to be more of a bad decision was to take on the rider while in garb. A motorcyclist's gauntlets are often armorer to protect the rider during an accident, but also produce an effect similar to loading a pair of boxing gloves.

After the rider dismounted and put his kickstand down, both men received the business end of the rider's southpaw and are knocked to the ground. What is concerning is the sound both men make when slumping, as their heads break the fall more than their hands. Head injuries are serious, and no matter the circumstances, I can't help but feel concerned about the two on the ground.

Here's another angle that shows the trio in another altercation just moments earlier. The man in the darker shirt appears to already be in a physical dispute, but instead of just letting the cyclist leave, the pedestrian begins his second round of aggression. Though the man in the lighter shirt still isn't seen taking a swing, he can be seen taking a knee and waving his arm towards the rider, then approaching the other two during the second fight. Unfortunately, we haven't stumbled upon any other videos showing what might have happened earlier.

Riding certainly isn't for everyone, but this man on two wheels seems to have been able to hold his own. It's important to remember that even in small altercations, being the bigger man doesn't mean taking a swing; it's being able to let the situation go. It seems that the men who hit the ground weren't seriously injured, or at least no major news outlets have reported on this story to that effect, but things could have gone much differently if they were. We certainly enjoy the good samaritan type rider stories instead.