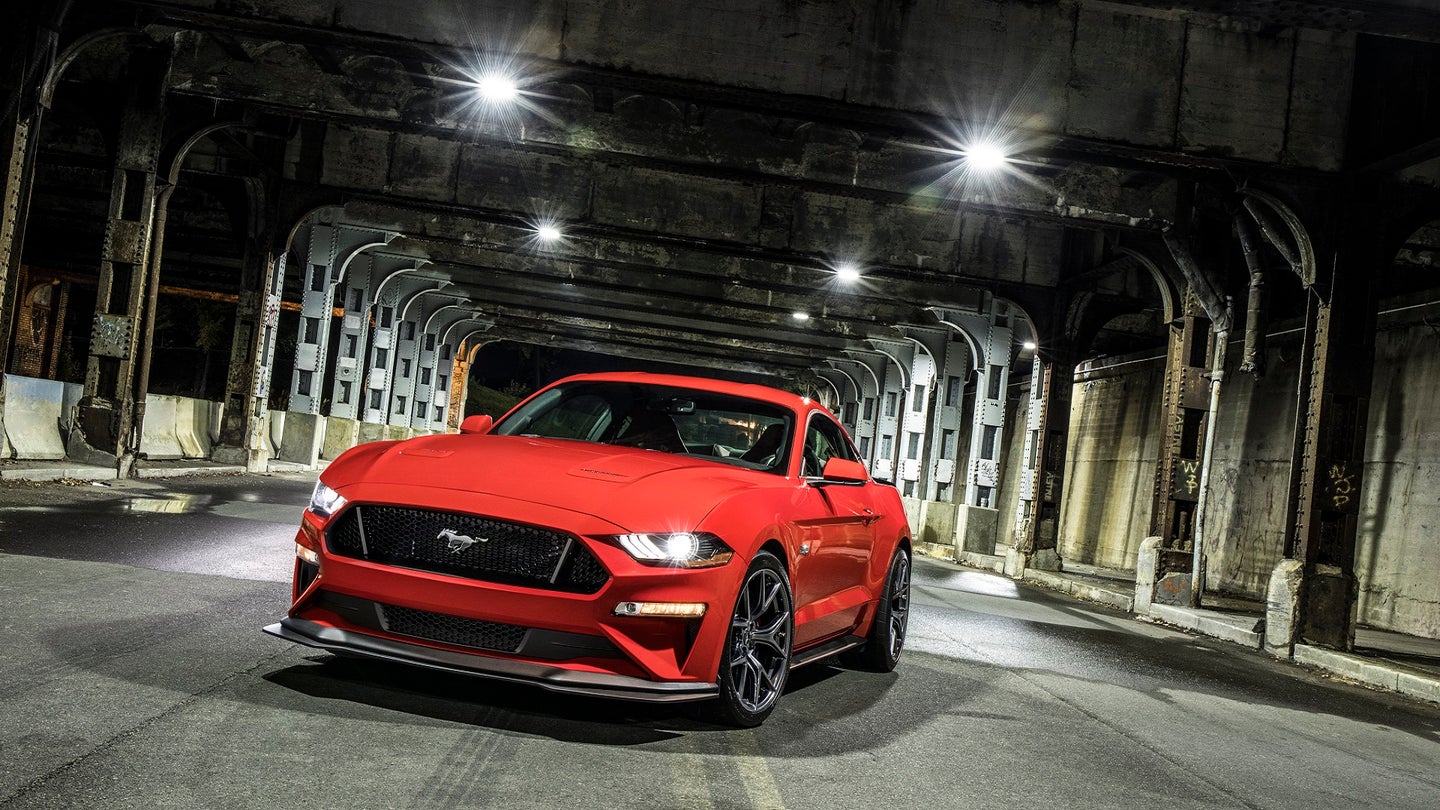 Ford continues to ride a wave of success with yet another announcement of successful vehicle sales, but this time it isn't regarding a truck or SUV. No, this time it involves the brand's iconic pony car, the Ford Mustang, that's making headlines for claiming the title of the world's best-selling two-door sports coupe for the third year in a row.

A sales analysis performed by Ford revealed that the Michigan-based automaker sold a total of 125,809 Mustangs in 146 countries in 2017. Despite sales of two and four-door cars not setting any record highs in recent years, but quite the opposite, Ford has managed to find its Mustang a home in the garages of diehard muscle car buyers and V8 lovers.  The analysis also reveals that the venerable Coyote eight-cylinder engine is still the preferred spec for most Mustang owners. Interestingly enough, the famous pony car also has a way of charming women, as the Blue Oval claims there's been a 10 percent gain in women buying Mustang in the last five years.

Ford's findings were the result of a deep analysis of the new light vehicle registration data from IHS Markit, which is compiled from government and other sources that gather 95 percent of global new vehicle volumes. Furthermore, IHS Markit considers any two-door or two-door convertible vehicle a sports coupe.

“The world loves Ford Mustang,” said Erich Merkle, Ford sales analyst. “For years, Mustang was unobtainable for customers on most parts of the planet. It could only be found on TV or the internet, and now it rolls down streets from Beijing to São Paulo.”

Previously, the Mustang was only available for purchase in its home country, with only a select few export units making their way to wealthy owners or collectors in Europe or Asia. That changed in 2015 when Ford decided to make the Mustang a global vehicle by selling it in nearly 150 countries around the globe. Since 2015, Ford has sold 418,000 Mustangs worldwide.

Chevrolet Takes a Dig at Ford Mustang on Its 54th Birthday

Camaro blows out the candles on a Mustang birthday cake.