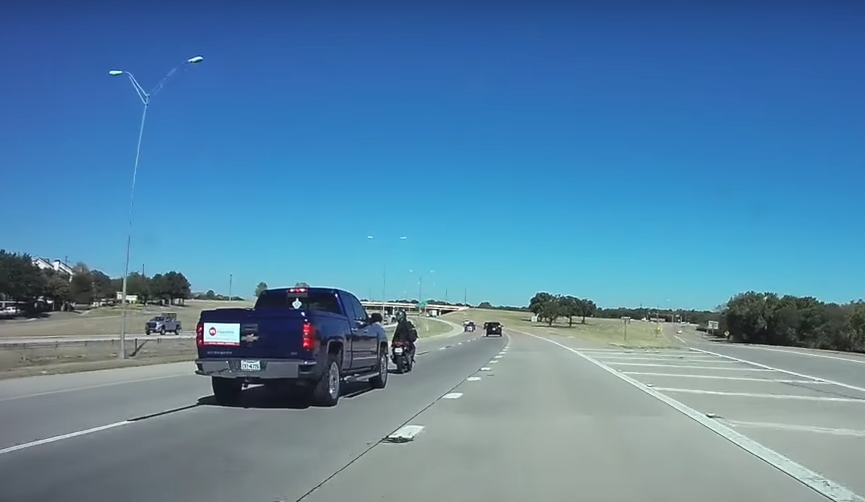 I am not going to review this video and point blame or break it down second by second. Both the motorcyclist and the truck driver are to blame for their actions. The motorcyclist is reckless for picking a fight with a truck and taunting the driver. The driver of the truck is at fault for acting maliciously and using their truck as a weapon against the motorcyclist. However, as a motorcyclist, I will not defend the actions of the rider. Videos like this point to an endemic problem I keep seeing time and time again.

I love motorcycles. They are an integral part of my life and professional career but we have a cultural and social problem as motorcyclists.

Bicyclist and motorcyclists think they have an entitled right to the road. By the letter of the law, we as two-wheelers do, but the law does not include rules on how to exercise good judgment or common sense. We are more vulnerable in almost every way and must act accordingly to ensure our own safety.

I had a few friends come back from India recently who affectionally referred to a motorcyclist right of way in instances of traffic. One buddy said, as a motorcyclist, “those with the most lug nuts win or have the right of way.” This means that vehicles with more bolts, weight, tires, etc. have more right of way to the road than those with less. It’s common sense thinking. Are you going to try and pick a fight with a semi truck or demand the semi move out of your way?

I commute and ride almost every day in Los Angeles, a city in a state that is known to have the worst drivers in the whole nation according to a recently published report. I expect drivers to merge into my lane, ignore road law, or be distracted by their own illicit cell phone use when operating a multi-ton vehicle. Do I play social justice warrior and scold every offender I come across in a car? No, it’s simply not worth it. My life is too precious, as is my time. Simply move on and live to ride another day.

It is your sole responsibility to accept the risks every time you throw your leg over the machine. How you behave and conduct yourself can result in bodily harm and even death. Had this motorcyclist chose not to have taunted the angry Texan in a pickup truck, this would not have happened. I feel no sympathy for this rider. Maybe he'll learn a lesson from this experience and maybe the truck driver will go to jail.

Let this be a case study in bad judgment. Do not be this kind of motorcyclist.

The Best Motorcycle Gear of 2017: Aether Rally Gear Gets Used And Abused

This company designs an Adventure Suit among premium outerwear for men and women, including avid adventure motorcyclists.