The plane meant to fly from New York to Dallas was grounded after its engine reportedly exploded. 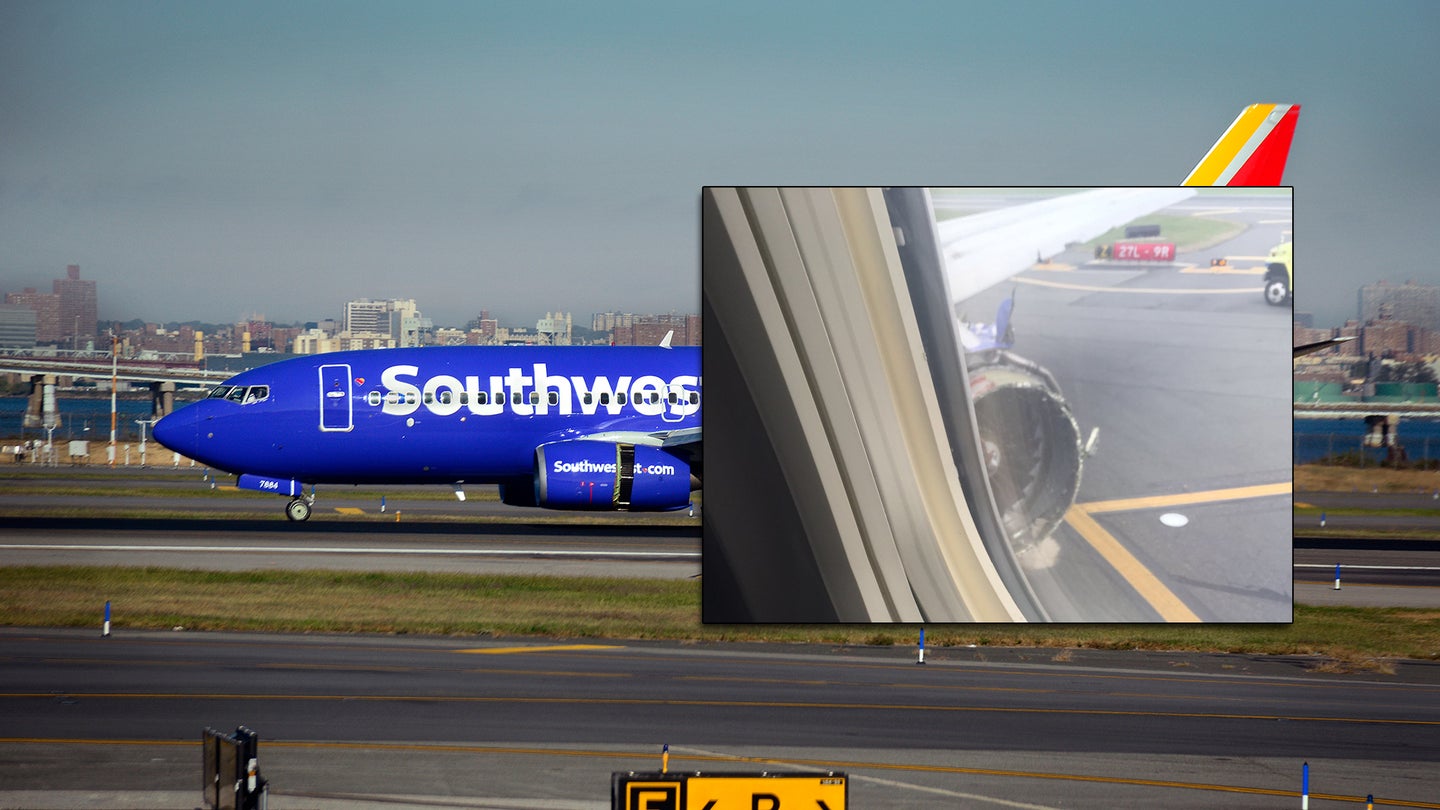 The second Southwest Airlines flight to be grounded in two days landed in Philadelphia today after an engine reportedly exploded mid-flight, reports the Philadelphia Inquirer. The flight, which was en route from LaGuardia Airport in New York City to Dallas, Texas, was forced to make an emergency landing around 11:30 a.m. on Tuesday morning following the event.

Officials are calling the accident an "operational event," noting that the flight landed safely and only one injury was reported out of the 148 individuals aboard the plane, five of which were crewmembers. Reports indicate the plane's left engine caught fire and exploded, causing shrapnel to break out a window and enter the cabin.

"Southwest Airlines flight 1380, which departed LaGuardia for Dallas Love Field (DAL),  diverted to PHL because of an operational event. The plane landed safely. No slides were deployed. At this time, passengers are coming down a mobile stairway and are being bused to the terminal," read a statement by the Philadelphia International Airport. Another statement made later goes on to mention, "Flight from LGA to Dallas Love Field landed safely at PHL and passengers are being brought into the terminal. Flights are departing and arriving but passengers should expect delays. Check flight status with your airline."

Many passengers and bystanders began to share photos on social media, one individual aboard the flight even taking to Facebook live video to document the event. Photos of the 18-year-old Boeing 737-700 show the engine of the plane torn apart in shambles, and one report notes that a window on the plane was blown open. A passenger told NBC Philadelphia that the broken window caused a female passenger to be partially sucked out after it was struck by flying debris. Firefighters confirmed at a press briefing that the woman was transported to a local hospital in critical condition.

Later, National Transportation Safety Board chairman Robert Sumwalt confirmed that one fatality was recorded as a result of the incident, though he declined to speculate on the cause of death. This marks the first fatality on a U.S. carrier flight since 2009. Seven other passengers were treated for minor injuries at the scene and released.

The plane's massive engine might be destroyed, but fortunately, the passengers and crew were able to land safely on the ground thanks to the keen flying of the pilots. The cause of the engine damage is still under investigation as crews gather more information.