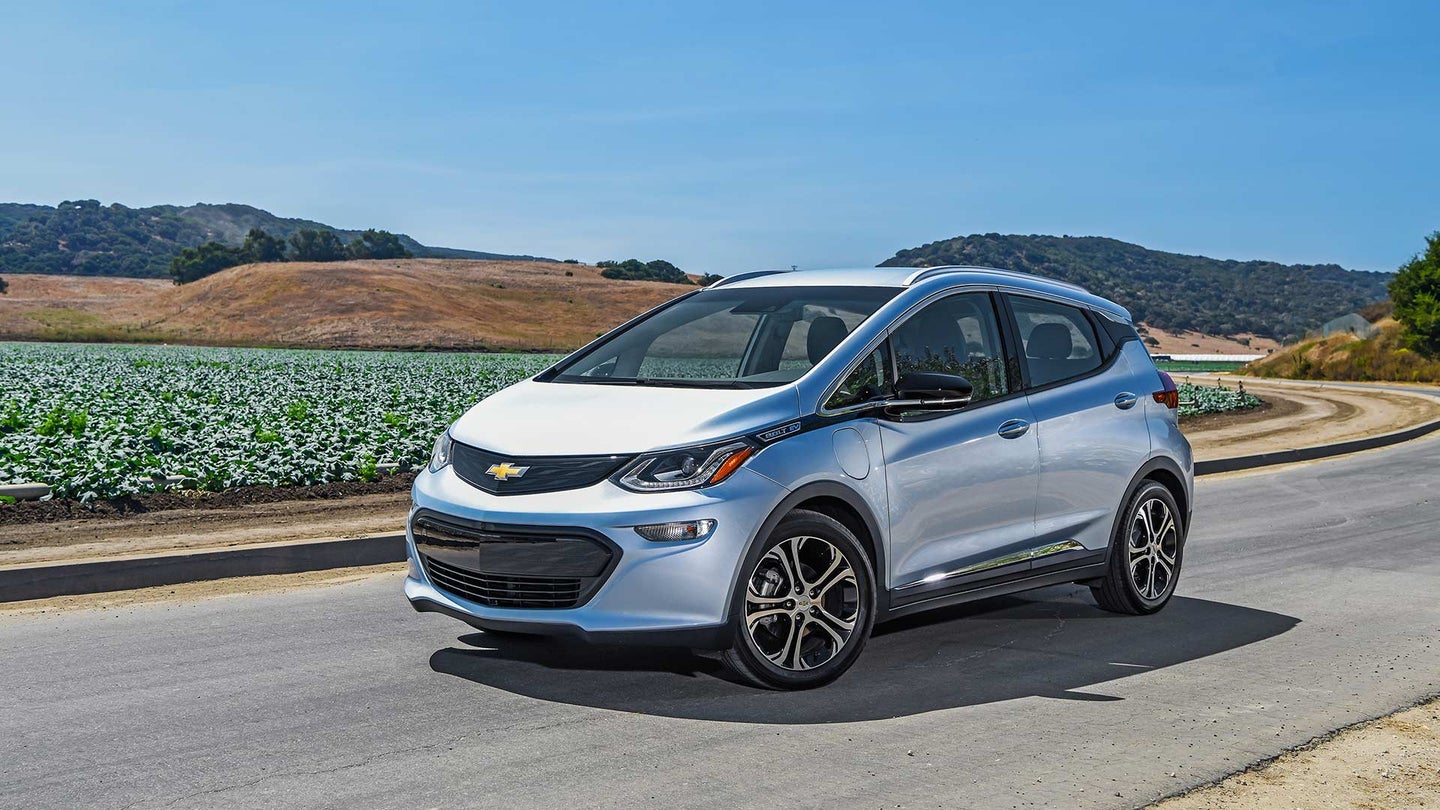 General Motors is calling on the federal government to do more to promote electric cars and other vehicles that produce no "tailpipe" emissions. GM is proposing a national zero emission vehicle program modeled on California's existing program, which requires automakers to sell certain numbers of battery-electric or hydrogen fuel-cell vehicles.

The California zero-emissions vehicle mandate only applies to automakers with certain total sales volumes. However, GM's proposed program would be applied across the country, in all 50 states. A nationwide program could put more than 7 million long-range electric cars on United States roads by 2030, GM said in a statement.

The GM scheme was proposed in comments filed by the automaker Friday for the Safer Affordable Fuel-Efficient Vehicles Rules, a proposed amendment to emissions regulations for model years 2021 to 2026. The amendment is currently being drafted by the Environmental Protection Agency and National Highway Traffic Safety Administration. The automaker said it is pushing for a ZEV program both to reduce emissions and "preserve U.S. industrial leadership for years to come."

"We believe in a policy approach that better promotes U.S. innovation and starts a much-needed national discussion on electric vehicle development and deployment in this country," GM Executive Vice President Mark Reuss said in a statement. "A national zero emissions program will drive the scale and infrastructure investments needed to allow the U.S. to lead the way to a zero emissions future."

The program would establish quotas for zero-emissions vehicles, to be met either through sales or by purchasing credits. Targets would start at 7 percent in 2021, increasing 2 percent each year to 15 percent in 2025, and 25 percent by 2030.

General Motors said the goals of the program would be to drive down the cost of electric-car battery cells to $70 per kilowatt-hour, and to ensure creation of adequate charging infrastructure. Once those goals are met the program would be terminated, as the electric-car market would theoretically be self-sustaining. GM proposed a clause terminating the program early if the targets appeared unfeasible, and for some consideration of autonomous driving tech and ride-hailing services in the credit calculations.

The automaker's discussion of ZEVs only includes battery-electric cars at this time. Hydrogen fuel-cell vehicle also produce no "tailpipe" emissions, but their numbers are much smaller. GM has been quietly developing fuel cells, but has not announced firm plans for production.

GM's proposal drew criticism from the Union of Concerned Scientists (UCS), which said the plan would undermine state initiatives the group views to already be working well. In a statement, the UCS said GM's proposal would only bring ZEVs to 5 percent of new-car sales by 2025, while current requirements in California and nine other states would result in 8 percent ZEV sales by that time.

The proposed ZEV program also puts GM at odds with the Trump Administration, which is expected to lower emissions targets put in place by the Obama Administration through calendar year 2025. That may seem like a gift to U.S. automakers in the short term, but with Europe and China tightening emissions rules, GM needs to think long term in order to remain competitive globally.

Updated: Added statement from the Union of Concerned Scientists

The Detroit-based automaker managed to collect the listening habits of 90,000 users and hopes to use that data to match their preferences.