The Massachusetts native became the first American to kiss the bricks after mastering the Indy skies at 230 mph. 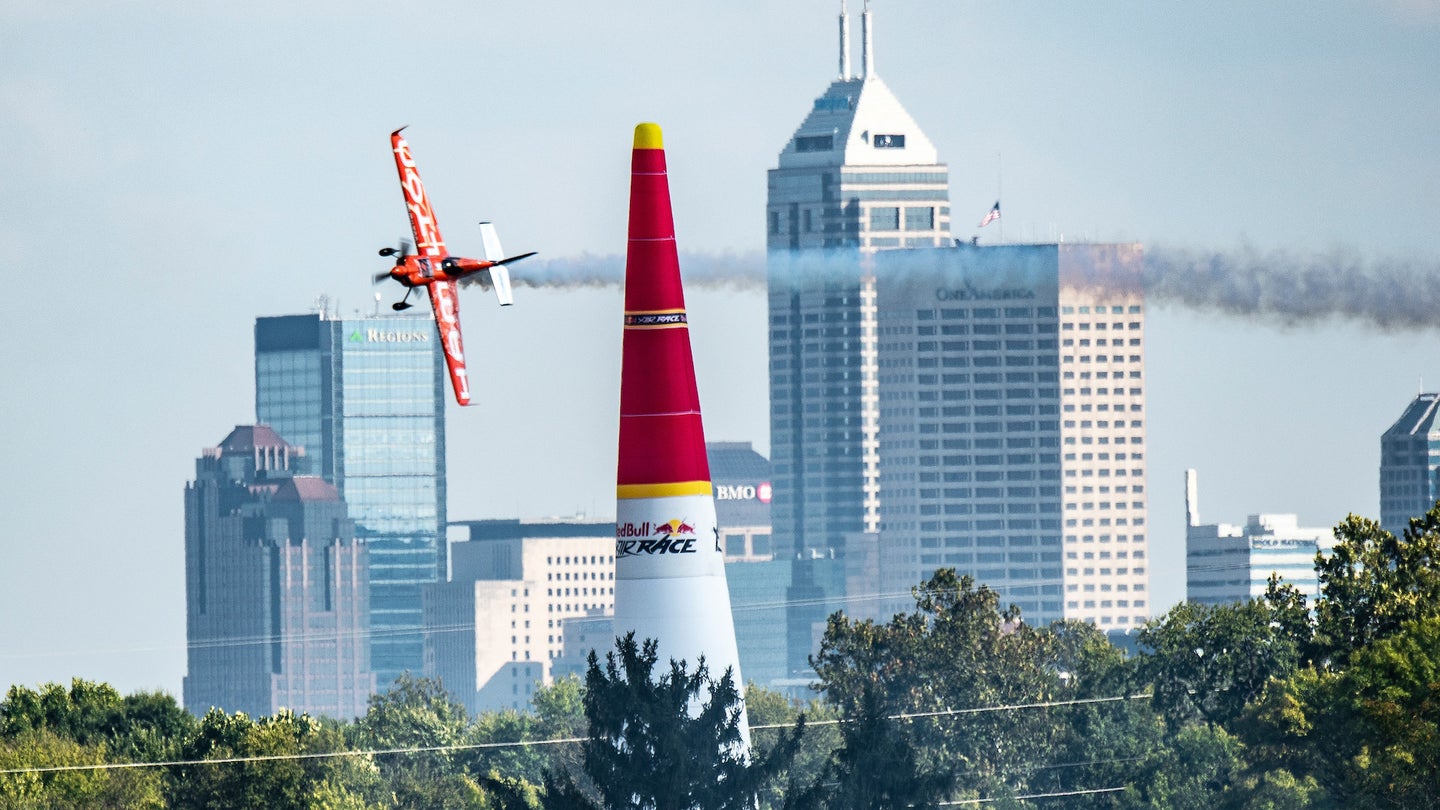 The Massachusetts native put up an intense fight against some of the world's best racing pilots at over 230 miles per hour, oftentimes enduring forces of up to 10G as they navigated a slalom-style track marked by 80-foot-tall, air-filled pylons. The acrobatic airplanes' outright speed and mind-boggling maneuvers left over 40,000 spectators, including The Drive, in awe as they zipped around the world-famous cathedral of speed.

The bracket-style racing weekend wasn't all glamour and high-fives for the American, as an eighth-place qualifying position on Saturday meant he would have to push for extra precision during Sunday's opening round of air racing, where exceeding the predetermined airspeed or nipping one of the pylons can result in hefty time penalties. However, Goulian managed to "get in the zone" and whip through the challenging layout in just 1:06.208, besting Canada's Pete McLeod for the win.

“It’s a big day. Right now, the season doesn't even mean anything, because to win at Indy is amazing,” said Goulian, his emotion evident as he realized that he would be able to kiss the famous Indy bricks like the Indianapolis 500 heroes of his childhood. “Sometimes the day just works out for you, and today it did. It feels great to win here.”

Goulian is currently sitting atop the championship standings with just one race to go, but Czech pilot Martin Šonka, who is just five points behind will surely do his best to take the American's spot during the season finale at the Texas Motor Speedway on Nov. 17-18.