Ricciardo has suffered a historic run of poor luck in 2018, and after yet another failure at the Mexican GP, it has him questioning reality. 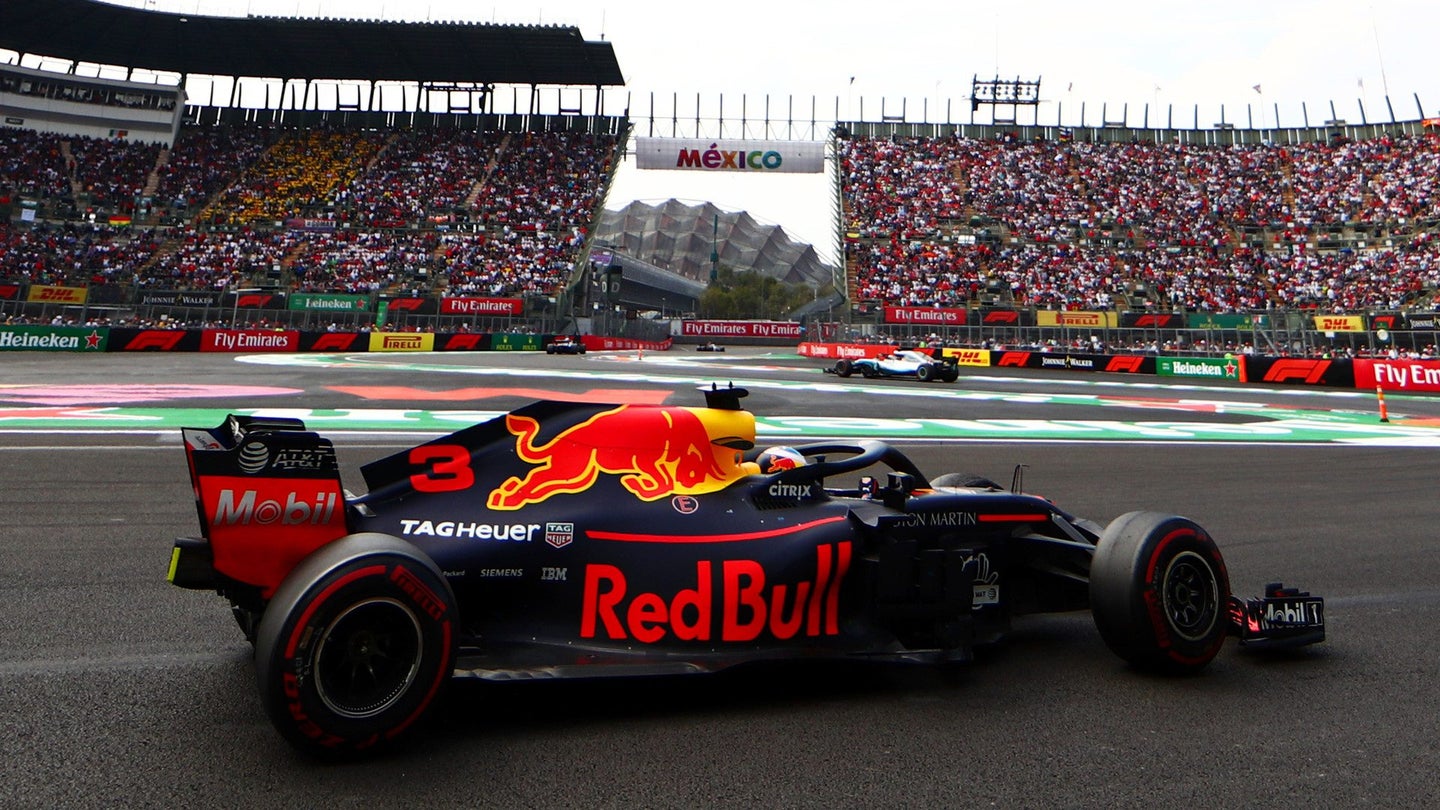 Things went from bad to worse for Red Bull Racing driver Daniel Ricciardo's Mexican Grand Prix when his car broke down with less than 10 laps to go, seemingly costing him a podium finish.

He lost his pole position lead with a bad getaway, and on Lap 61, his RB14 sprouted a thin trail of smoke, prompting the team to retire his car the following lap. Team principal Christian Horner confirmed to Autosport that Ricciardo's race ended early—for the eighth time this season—because of a clutch bearing failure. The discouraged Australian revealed in post-race interviews that he has lost faith in his car, accusing it of being "cursed."

"I don't even think frustration's the word anymore," Ricciardo stated in a televised interview. "Everything just feels hopeless. I honestly don't know—where I am—I honestly don't see the point of coming on Sunday. I don't see a point in doing the next races, 'cause I haven't had a clean race weekend in so long, and I'm not superstitious or any of this bullshit, but the car's cursed."

"Helpless, I think, is the best word," Ricciardo added in another interview. "There's things happening on Sunday that I've got no more explanation for. I don't know, the car's... I'll let [Pierre] Gasly drive it, I'm done with it."

Ricciardo's disinterest in racing his problematic RB14 are easy to understand when his eight retirements are contextualized in the grand scheme of the season. Total retirements throughout 2018 for the other five drivers at the top three teams—Hamilton, Bottas, Räikkönen, Vettel, and Verstappen—number just nine. Additionally, Ricciardo's MGU-K failure in Monaco would have been retirement-worthy at any other track, but Monaco's narrow streets let him hold on to the win despite an approximate 210 horsepower deficit to Ferrari's Vettel.

His eight retirements in 2018 equal the career-long DNF total of Valtteri Bottas, who has taken five seasons to reach that mark. They also line up with the number of times Lewis Hamilton has retired at Mercedes-AMG since replacing Michael Schumacher in 2013.

Drivers have retired a total of 66 times as of this point in the season. The average chance of retirement for the rest of the grid sits at about 16 percent each race, while Ricciardo's retirement odds so far in 2018 are at about 42 percent. In the two remaining Grands Prix this season—Brazil and Abu Dhabi—Ricciardo's chances of another retirement are approximately 84 percent, and if anyone saw those odds for rain, they'd carry an umbrella to work.

All these retirements mean that since the summer break ended with the Belgian Grand Prix, Daniel Ricciardo has scored just 28 points to championship winner Lewis Hamilton's 127, and his teammate Max Verstappen's 96. Over this period, he has outscored Force India's Sergio Perez by just a single point.

Maybe Ricciardo's decision to jump ship to Renault was wise after all.