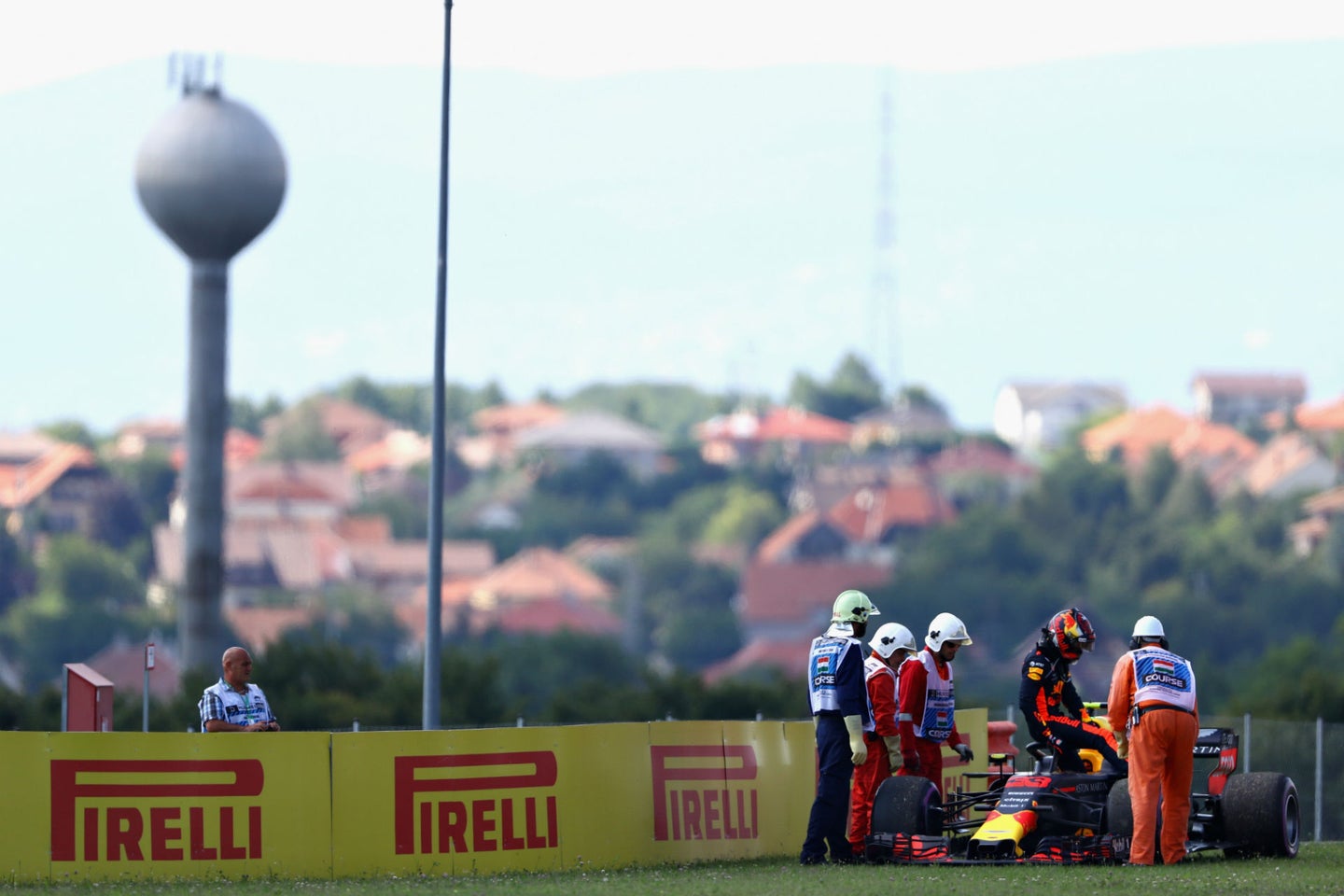 Max Verstappen was Red Bull Racing's best shot at a podium for Sunday's Hungarian Grand Prix. His P7 qualifying effort in the rain disguised his potential in the dry, and as he began pursuit of the leading Mercedes and Ferraris, his pace was promising. While the young Dutchman worked on closing the gap to Sebastian Vettel on Lap 6, his RB14's MGU-K (energy recovery component) went kaputz and subsequently forced him to retire, leading to a flare of emotions from the 20-year-old and his crew on the pit wall.

The situation, replaying what Red Bull has seen so many times in 2018, was heightened when Sky Sports interviewed Team Principal Christian Horner on-air.

“I am not going to get drawn into saying too much, but we pay multi-millions of pounds for these engines, for a first-class product, a state-of-the-art product, and you can see it is quite clearly some way below that. So it is frustrating." Horner continued, "That is what it is. We still have Daniel in the race and I will let Cyril [Abiteboul, Renault Managing Director] come up with his excuses afterward.”

Verstappen's teammate Daniel Ricciardo has also fell victim to engine unreliability as of late, despite finishing fourth at the Hungaroring. The Aussie was unwillingly retired from the recent German and Austrian Grands Prix, citing similar issues with his power unit.

The Milton Keynes-based outfit has committed to using Honda engines next season in hopes of doing away with its Renault woes. Its junior team, Toro Rosso, already uses hybrid units supplied by the Japanese manufacturer and has had better luck with them than McLaren infamously did during its three-year stint with the brand.

Red Bull currently sits in third place in the Constructors' Championship standings with a total of 223 points to leader Mercedes' 345. Ferrari, the second place manufacturer, is just 10 points off the number one spot.