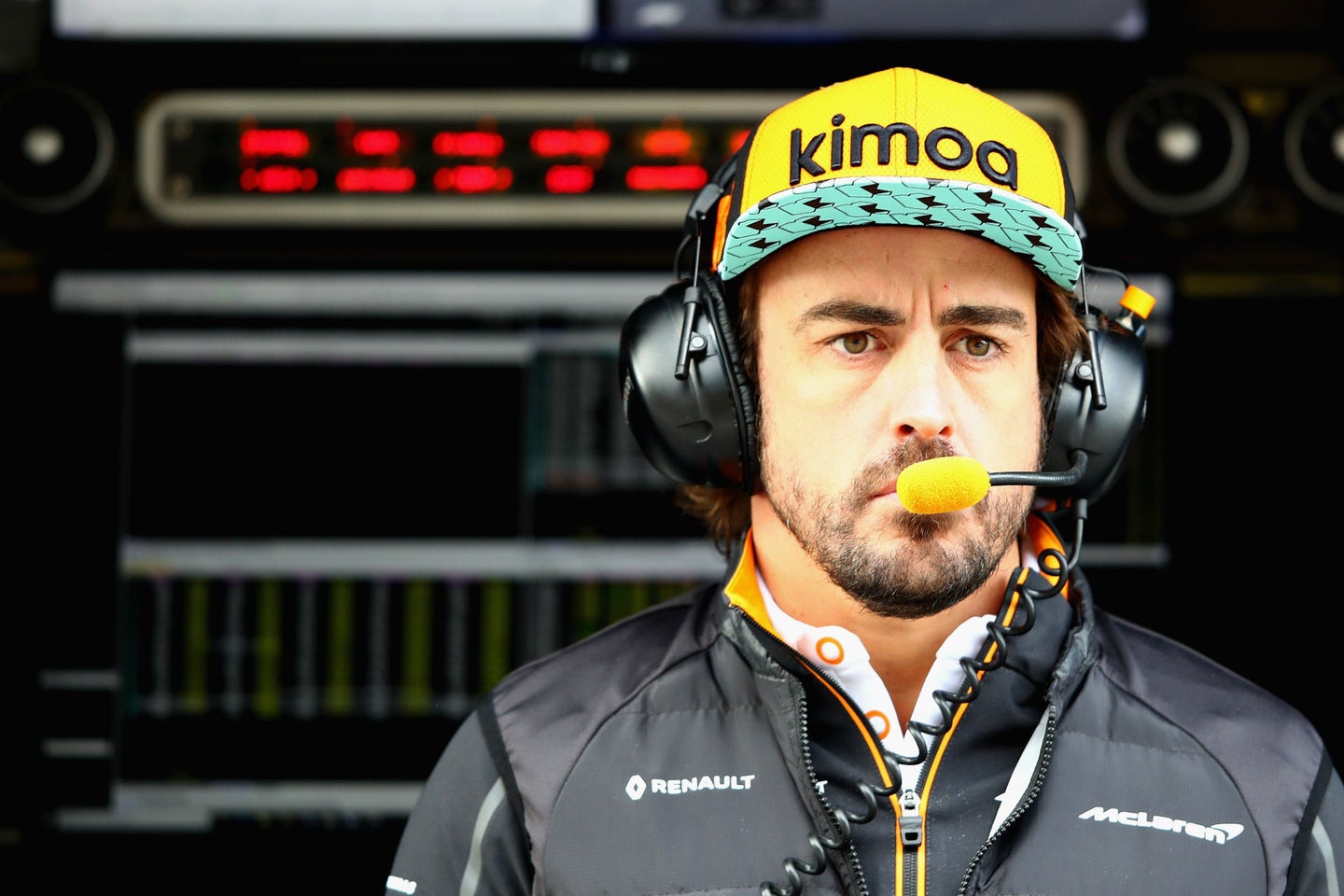 Quickly discredited hearsay claimed that Fernando Alonso could land at Red Bull before he opted to leave Formula 1 at the end of this season. Some thought that he could be a stellar fit as the veteran beside Max Verstappen, creating a superstar driver lineup for 2019. However, Team Principal Christian Horner quickly shot down those rumors and said that Alonso tends to bring "chaos" with him wherever he goes. Now, the Spaniard double world champion has vocalized his side of the situation by claiming he's been approached multiple times for a contract offer by the Milton Keynes-based outfit.

Horner and Red Bull Motorsport Advisor Dr. Helmut Marko have outwardly downplayed the team's interest in Alonso, which he says is a bit confusing given their alleged and still-recent pursuit of him.

Alonso told Sky Sports F1: "I had a couple of offers from Red Bull. In fact, I had in 2007, in 2009, in 2011, '13, and two this year, one in Monaco, and one in August. So I'm happy you asked me this question because the comments of Christian Horner this summer and Mr. [Helmut] Marko are completely out of context, surprise comments about me creating chaos, difficult man to work with."

"One, they never worked with me, and secondly they've been chasing me for five or six occasions in the last seven years, and now they say that, that they are loyal to their program and their commitments and their junior drivers," 'Nando continued. "It has been weird, it has been unfair to me. I wrote to Christian after his comments this summer, he apologized by email, and hopefully, he'll apologize again this weekend."

Even still after Alonso's reply to the media, Horner denies having offered him a contract in more than a decade.

"Obviously Flavio [Briatore, Alonso's manager] reached out, even FOM reached out, but it was clear from the onset," Horner told British broadcaster Channel 4. "We did offer Fernando Alonso a contract, but that was back in 2007! To my knowledge, no one within Red Bull has offered him one since."

"He's a wonderful driver, he's a great talent, but it just doesn't fit the profile of our team, our investment in youth and the junior programme that's been so successful over the last 10 years," he concluded.

Alonso will not drive in F1 next season and has recently revealed that a comeback to the series seems unlikely, perhaps in favor of driving elsewhere including the World Endurance Championship with Toyota and maybe even a future IndyCar drive.