The reigning series champion will lead the field around the 1.5-mile Texas oval upon race start. 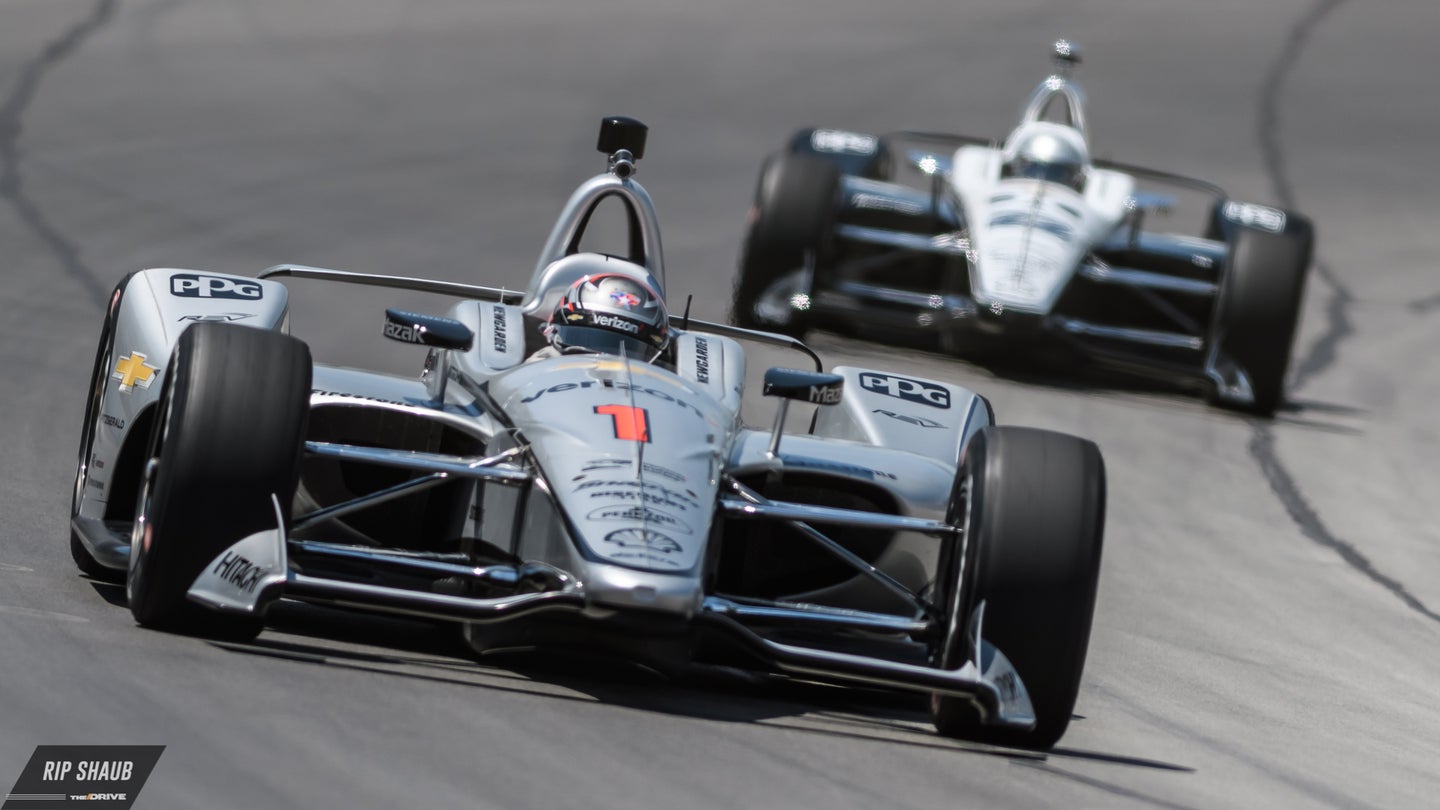 Team Penske showed up to work during Friday's qualifying round at Texas Motor Speedway with each of its drivers landing in the top three starting positions, led by reigning IndyCar champion Josef Newgarden. The 27-year-old American managed a fastest average speed of 220.613 miles per hour, narrowly edging out teammates Simon Pagenaud (220.311 mph) and Will Power (220.194 mph), the only other two drivers to break the 220-mph barrier.

Penske's Chevrolets proved fastest in the engine manufacturer's continued strong showing at oval tracks; however, six of the top 10 qualifiers drove Honda-powered racers. Schmidt Peterson Motorsports rookie Robert Wickens, who tied for fastest with Tony Kanaan in the morning's practice session, finished the round in fourth with a 219.561 mph average speed. He'll be pursued by Sebastien Bourdais (219.302 mph) and the aforementioned Kanaan (219.157 mph), both of whom will start from the third row.

Last Saturday's race winner, Scott Dixon (219.112 mph), drove his Chip Ganassi Racing IndyCar into P7 for Saturday's race start, and he will be accompanied on the fourth row by the ever-intimidating Alexander Rossi (218.894 mph).

Completing the top 10 are Rahal Letterman Lanigan's Takuma Sato (218.578 mph) and Andretti Autosport ace Ryan Hunter-Reay (218.553 mph). RHR is coming off his high from last weekend where he won the second race in IndyCar's "Detroit Double," snapping a 42-race winless streak. At the session's end, Hunter-Reay was 2.06 mph off of Newgarden's best speed around the 1.5-mile oval.

The 2018 DXC Technology 600 at Texas Motor Speedway will be broadcasted on Saturday at 8 p.m. EST via NBCSN.