IndyCar at Road America: What to Expect at This Weekend’s Kohler Grand Prix

The championship is tight and outliers look to make up ground at Elkhart Lake. 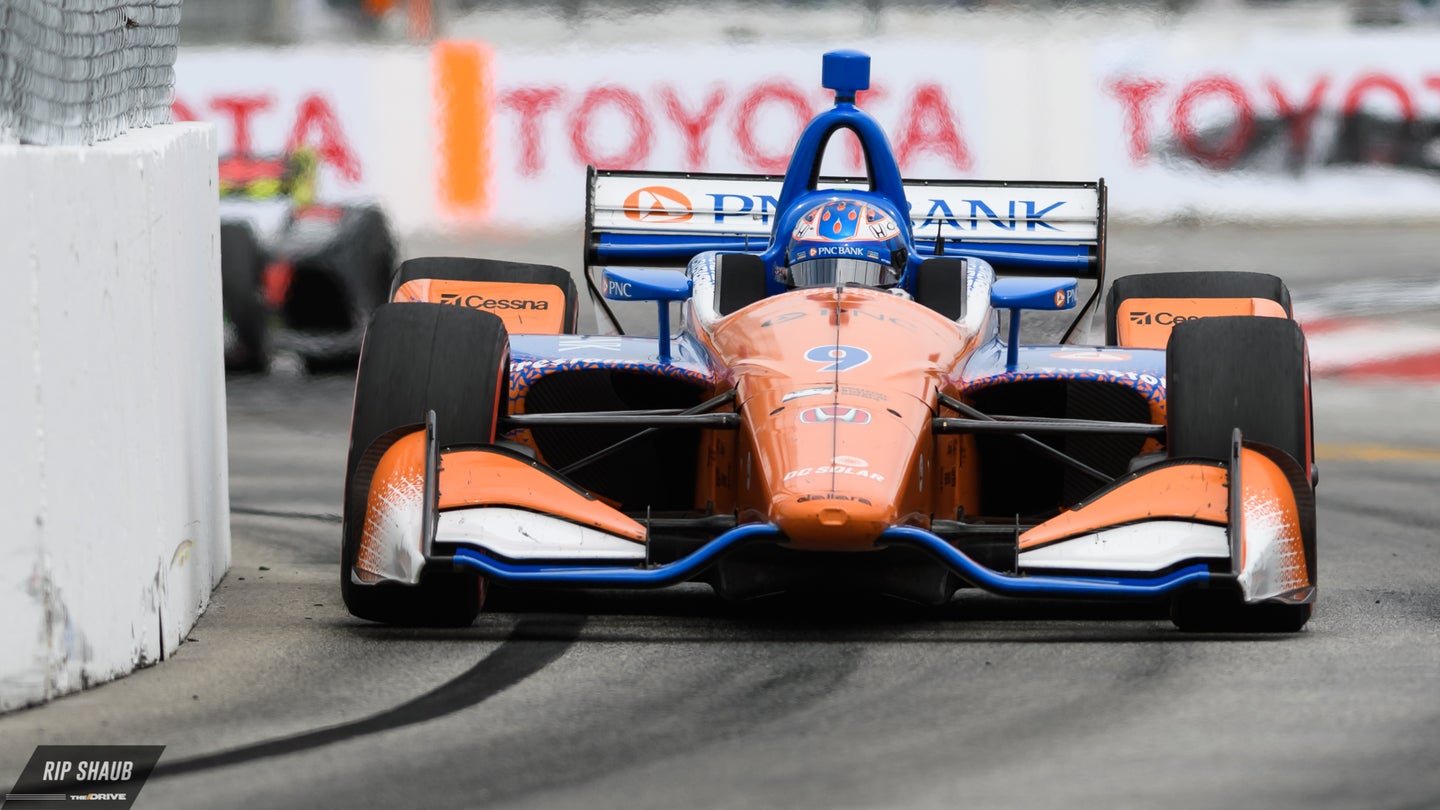 Upon the conclusion of a blistering race at Texas Motor Speedway, IndyCar has eclipsed the halfway point of its 17-race calendar. Switching from an oval to Road America's 4.048-mile course, the series' top teams must prepare their strategies and setups for what is considered by many drivers to be their favorite GP-style circuit on the schedule.

Top guns like championship-leader Scott Dixon, Alexander Rossi, and Will Power have plenty riding on this weekend's event as 36 points separate the three in the overall standings. While Rossi has advertised himself as IndyCar's poster-child thus far in 2018, and Power touts a sweep of the month of May, they'll both be chasing Dixie and his PNC Bank-sponsored Honda around the Elkhart Lake, Wisconsin track.

The title hunt remains at the forefront of everyone's attention, but it's only one of many storylines to monitor at this weekend's 55-lap Kohler Grand Prix.

Josef Newgarden and His (Hopeful) Return to Form

On paper, last season's IndyCar champ Josef Newgarden is doing alright-alright-alright in 2018. A win at Phoenix and another in a rain-soaked Barber contest had him looking stellar early on, and a pair of pole positions—the most recent being at Texas just two weeks ago—would have you think he was in the running for a title repeat. However, given the current climate of the Drivers' Championship, the Tennessean ranks fifth. So what gives?

JoNew's race pace hasn't been matched by the No. 1 Penske squad since the aforementioned contest in Alabama. His stellar qualifying appearances should foreshadow similar results come time for the green flag but, to his team's chagrin, they haven't.

The 27-year-old confessed that he was dissatisfied after "not living up to [his] standards at Detroit," at which he finished 9th and 15th in the weekend's two races. A follow-up performance at Texas saw him drop from pole to an eventual 13th, putting him a distant 68 points off the championship lead.

Newgarden is hopeful for recovery at Road America, though, as he managed P2 there in last year's running of the race. Three of his four wins in 2017 came at road courses, so basing presumptions off of past events, this is his opportunity to regain lost ground. Chevrolet's strength at tracks with left and right turns should also be considered.

Ask anyone in the IndyCar paddock: Robert Wickens is a special talent. His ability to pick up on open-wheel competition after driving in Germany's DTM series is worthy of applause, and on top of that, stepping in to outscore his seasoned teammate James Hinchcliffe furthers the notion that he belongs in the big leagues.

The Canadian's full-time IndyCar debut in St. Petersburg started with him on pole and contesting for the win before an untimely incident with Alexander Rossi. He continued to impress at Phoenix where he not only adjusted to oval competition but nearly won it, coming in second. Persistence has kept Wickens in the conversation every weekend since the start of the season, and it's no different ahead of the 220-mile race at Elkhart Lake.

“I’m really looking forward to Road America," Wickens explained. "I think, in the last few races, we’ve shown our potential. We’ve shown that we’re quick. Now we need to try to get back on the podium. Road America is always a fun track, and it’s where I got my first taste of IndyCar with SPM [in 2017] so I can’t wait to actually race the Lucas Oil car here.”

An eager Schmidt Peterson Motorsports team hopes to put Wickens at an advantage this weekend where he will undoubtedly be challenged by the other strong-showing Hondas in the field. Dixon, Rossi, and the recently-surging Ryan Hunter-Reay will be there to make matters difficult for everyone else, especially as they move forward in their championship hunt.

Alexander Rossi's short yet electrifying tenure in IndyCar has catapulted him to the forefront of the fanbase's conscience and, more importantly, the rest of the field's paranoia. The ex-Formula 1 driver and California native is having one helluva 2018 in which he has tested veterans and newcomers such as Wickens without caution, sometimes to his dismay. Even still, he sits just 23 points off of first place going into the July 24 race.

The juxtaposition created between Rossi's panache and Scott Dixon's head-down demeanor is unscripted and enticing. It may not be Hunt versus Lauda, but it's enough to spark a potential fight-to-the-end depending on this weekend's results. Harking back to last year's race at Road America, Dixon looks back on it happily while Rossi was left without much to show for his efforts.

"Obviously I’m happy with where the team has been running these past few weekends, but we’ve been there the whole season," Dixon said. "We just haven’t shown the results for one reason or another. While most had the weekend off, we had the opportunity to compete again at Le Mans, which is a very special deal. So now we’re back, and after a few short days at home, it’s Road America. We had a great car here last year picking up the win for the No. 9 team, and I’m hoping we can do it again this weekend with the PNC Bank car.”

Meanwhile, Rossi hopes that his team's promise comes to fruition this time around.

"Road America is one of my favorite road courses in the world," the past Indy 500-winner said in a statement to the press. "I am very excited to be heading there this week as it is also the one track on the schedule that I have a huge amount of history and track time at. We have always had strong pace in Elkhart Lake, but never really gotten a result, so we will be looking to change that this weekend and hopefully close up the gap to the top of the points.”

Rossi has the upper hand with five podium finishes this season to Dixon's four, but as the standings show, momentum is in the New Zealander's favor. Stellar management from both teams will play a role this weekend, but it will come down to discipline—something that Dixon, who climbed to third on the all-time IndyCar victories list, has plenty of.

Texas Motor Speedway President: ‘We’re at a Premium’ to IndyCar

TMS President Eddie Gossage believes that IndyCar needs more ovals, and as a result, should continue to race at the Ft. Worth track in years to come.