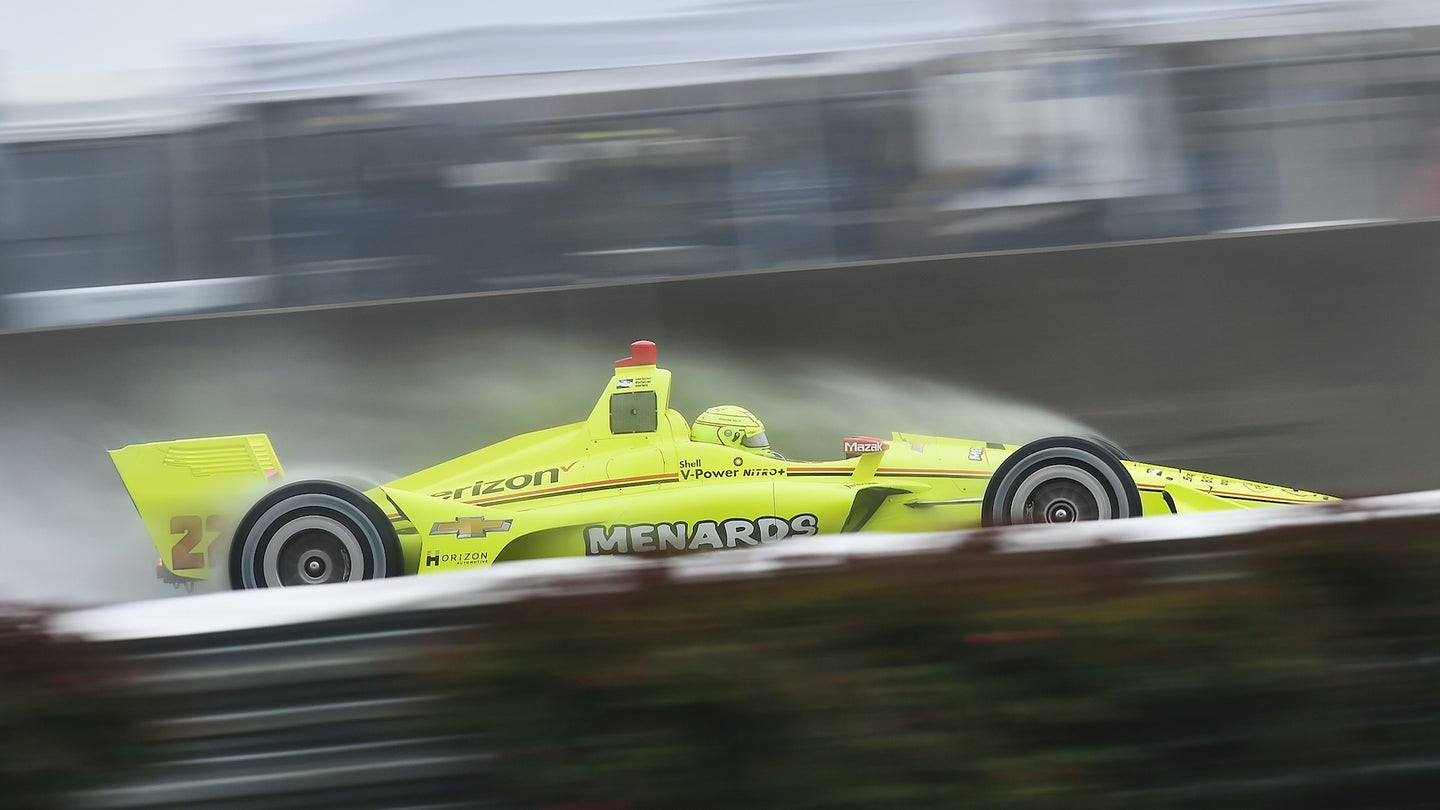 The short-lived 2018 IndyCar Grand Prix of Alabama resembled a scene out of Nintendo's Mario Kart more than a professionally sanctioned open-wheel race. After 22 laps that saw many drivers succumb to standing water and poor visibility due to heavy rain, race control decided to postpone the race until Monday at 12 noon EST.

Pole-sitter Josef Newgarden managed to lead the pack through all the chaos and even built a five-second gap to his Team Penske teammate Will Power by the time he crossed the finish line on lap five. The Tennessee-native appeared to be the only one who wasn't affected by the poor track conditions, at least until he had a big moment and nearly lost his Chevrolet-powered IndyCar due to a big puddle on the main straightaway during the final restart.

Power, Carlin's Charlie Kimball, and Chip Ganassi Racing's Ed Jones are just a few of the drivers who met their demise on the tire barriers at some point during the race. It's not clear whether IndyCar management will allow them to start tomorrow's rescheduled race.

“I was just going through the corner and he (Ed Jones) ran into the back of me," Kimball said. "Apparently, the stewards reviewed it and no action is taken and I vehemently disagree with that because, when you are driving your race, especially in the wet, you have to be conscious of where the cars are. Yeah, it's hard to see, but at the same time, it's just a dumb move. He is not a rookie anymore and he needs to not be making rookie mistakes like that.”

It was after a 90 minute long red flag period that race organizers and IndyCar management moved to suspend the race. The race clock stopped at 44 minutes, 16 seconds, meaning that about 75 minutes remain to complete the two-hour timed race.