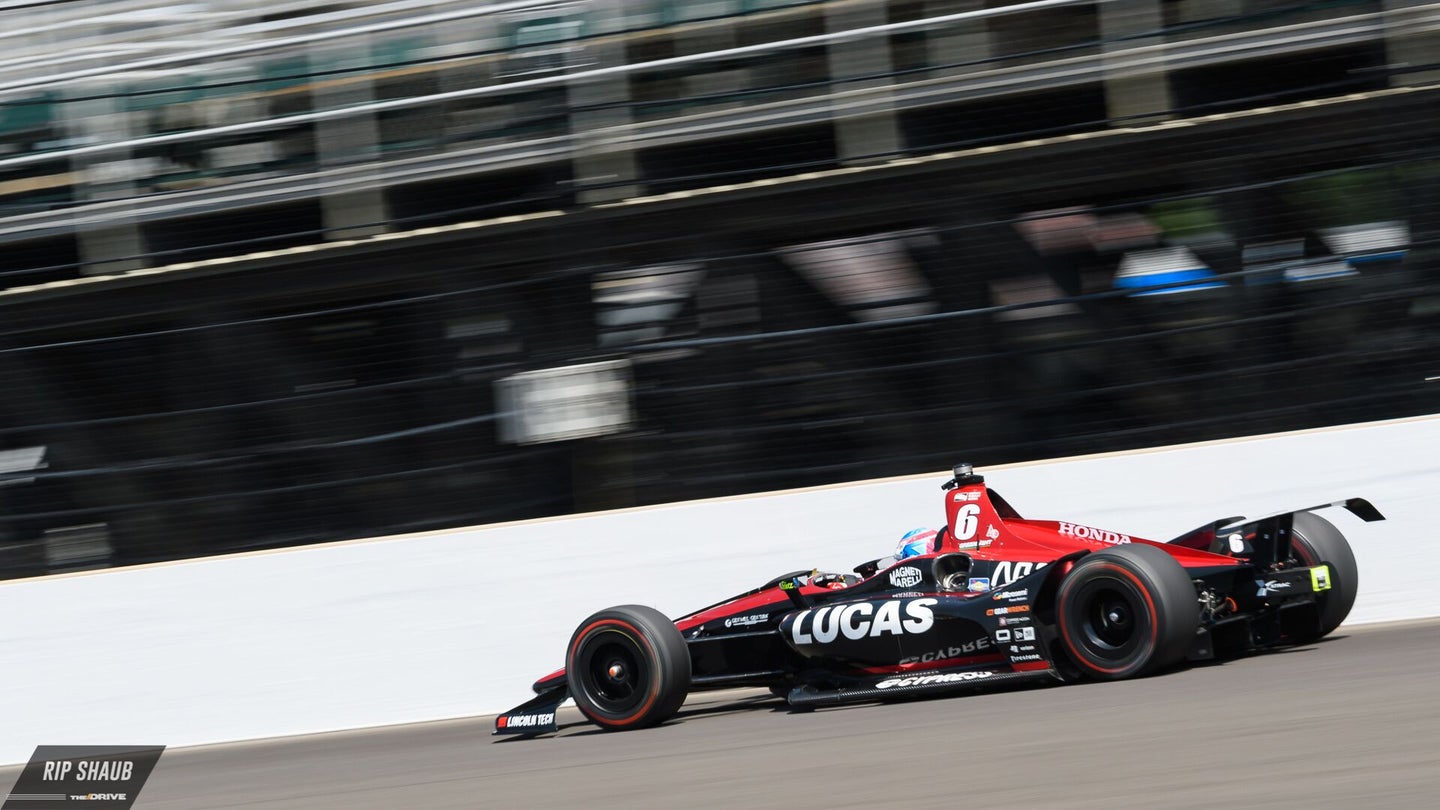 Schmidt Peterson Motorsport's rookie driver Robert Wickens completed Sunday's edition of the Indianapolis 500 in ninth place after starting P18 on the grid. His early-onset attack brought him within the top 10 just 50 laps in, and after issues that knocked his pace down in the field, he was able to recover his performance in the closing minutes. In reward of his achievement, Wickens was dubbed with Rookie of the Year honors for the 102nd running of the famed Indiana oval event.

Thus far, Indianapolis serves as a summary of the ex-DTM driver's impressive rookie season. He qualified on pole for his first-ever IndyCar race at the season-opening Grand Prix of St. Petersburg and has since continued to impress with consistency at both road-course and speedway contests. The 29-year-old was happy to end where he did at Indy this past Memorial Day Weekend and come next year, he'll certainly be looking for improvement.

“In some ways, I was hoping for more,” Wickens said. “In other ways, it surpassed everything I ever could have imagined.”

An array of mid-race strategies initially hindered Wickens to the back of the field after making headway early in the 500-mile race; however, he was able to claw back towards the top half despite the woes of others including Danica Patrick and Helio Castroneves. Wickens then took advantage of Tony Kanaan's Turn 2 crash by pitting for a fresh set of tires, but as a result, he dropped back to 19th. From lap 189 onwards, he rapidly made up 10 positions to finish P9.

"Honestly, it was an amazing 10 laps,” Wickens continued. “If it wasn't for those 10 laps, I'd probably be pretty bummed with my first Indy 500. Passing (that many cars) was something pretty special.”

Wickens' Schmidt Peterson-Honda team ran into a slew of problems midway through the month of May. His teammate and beloved face of IndyCar, James Hinchcliffe, failed to qualify on Bump Day, and then two days later, Wickens' No. 6 Lucas Oil car slapped the wall in practice. This didn't derail the team drastically though, as the Canadian tells, which enabled the stellar result in his first attempt at the "500."

"I feel like we never lost momentum,” the SPM driver continued. “That's the big thing. We're such a strong team. I think we understand what happened on the (No.) 5 car. I think lesson learned. Things are implemented now that will never happen again.”

Adjusting to the new somewhat-unstable IndyCar aero kit proved a chore for everyone on the 33-car grid, but Wickens' ability to tame the high-speed hiccups eventually awarded him as he continues on in pursuit of an even better remainder of the 2018 season.