A healthy dose of slipstream and horsepower was enough for the top four drivers to ‘fly’ at Indy. 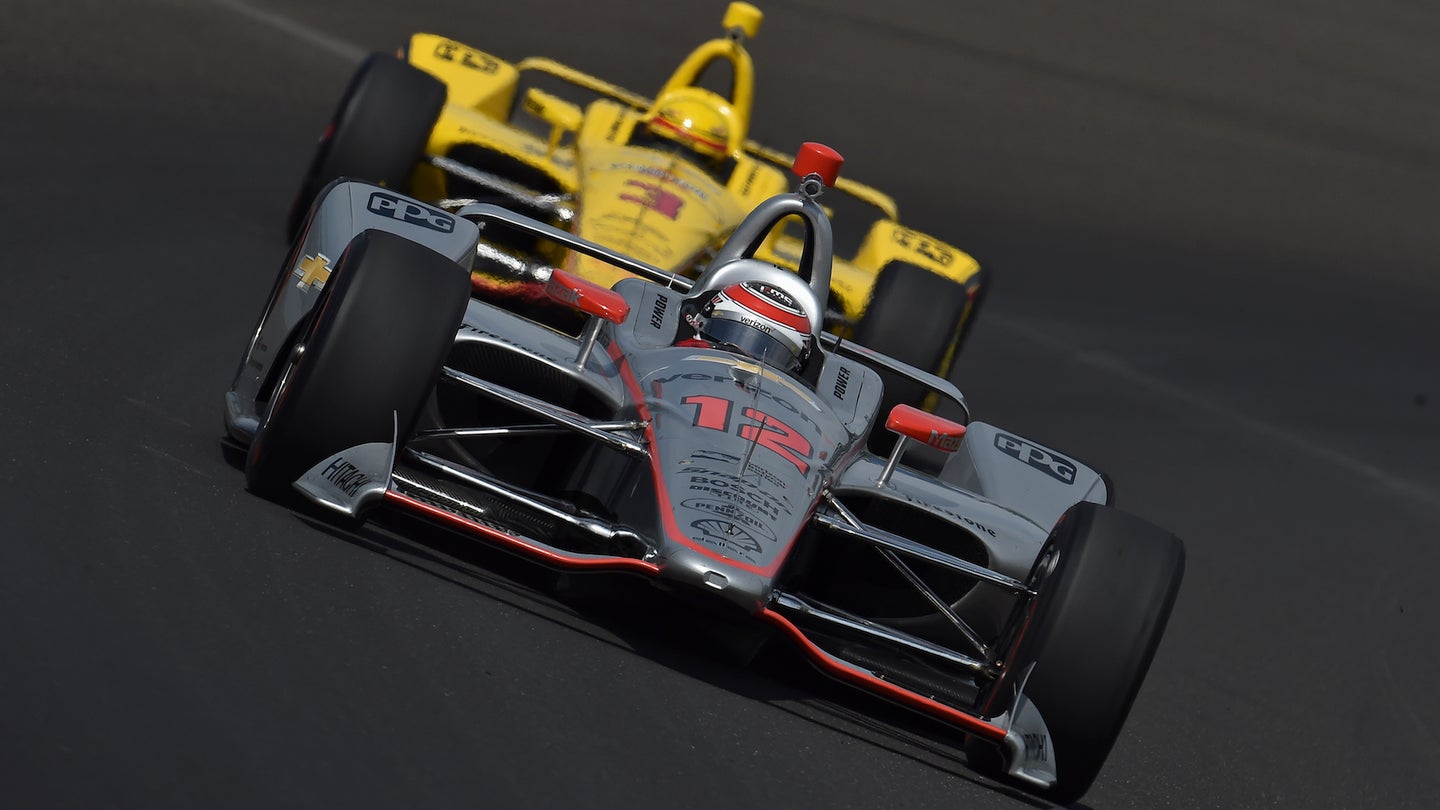 There's a reason why the final practice ahead of qualification is dubbed "Fast Friday." With extra horsepower and plenty of "towing" happening between drivers, speeds quickly escalated at the Indianapolis Motor Speedway on Friday.

Andretti Autosport's Marco Andretti, who's quickly become a front-runner in contention for the 2018 Indy 500, was fastest with a speed of 231.802 miles per hour at the wheel of his Honda-powered IndyCar. At that speed, it only took the third-generation driver 38.826 seconds to traverse the 2.5-mile oval.

Another Honda driver who is quickly becoming a household name at Indy is Schmidt Peterson's Robert Wickens. The Canadian was only one one-hundredth miles per hour behind Andretti with a time of 38.837 seconds. The Chevy of Ed Carpenter crashed the Honda-dominated top three with a speed of 231.066 miles per hour and a time of 38.949 seconds.

As it's tradition at the Brickyard, IndyCar rules permit teams to increase the boost of the Borg-Warner turbochargers for Fast Friday and throughout the two days of qualifications. The added boost equals approximately 50 additional horsepower, which combined with towing and other slipstreaming techniques have a considerable impact on average speeds.

“The 98 car is fast in a tow. I’m not sure how fast it is on its own," said Andretti after climbing out from his car at the end of the day. "Right now, I think we’re right on the bubble of the Fast Nine and we’re going to have to absolutely nail it to get it in, but so is everyone, I suppose. Conditions [Saturday] could vary."

Wickens, the IndyCar rookie who has shocked the paddock with his performance so far, was humble about his current position, explaining that Friday's speed was "all tow."

"Honestly, we have a lot of work to do," Wickens said. "I think we're OK by ourselves here on Fast Friday, but we're definitely, in my opinion, on the outskirts of the Fast Nine, which is my goal for tomorrow."

"I feel like I don't fully deserve to be here. Fast Friday is for qualifying simulation runs and all that stuff, but my very first lap of the day, two people came out of the pits in front of me and I just got like this insane tow that got me to where I am," added Wickens.

Running in a pack is important at the Indianapolis Motor Speedway, but individual performance is also crucial. After all, drivers want to lead and not follow—especially as they head into the final lap of the race.

Team Penske swept the top three positions of the "no-tow chart," with Will Power throwing down at 229.780 miles per hour, and his two teammates Josef Newgarden and Simon Pagenaud at 228.994 and 228.857 mph respectively.

The I-PAS ‘goggles test’ has been officially implemented to IndyCar drivers’ mandated physicals.

Two of America’s best-known racing names made it into the top three at Indianapolis on Thursday.