Carlos Munoz to Sub for Injured Wickens at Portland IndyCar Round: Report

The Colombian driver will pilot the No. 6 Schmidt Peterson Honda at the series’ upcoming return to Portland International Raceway. 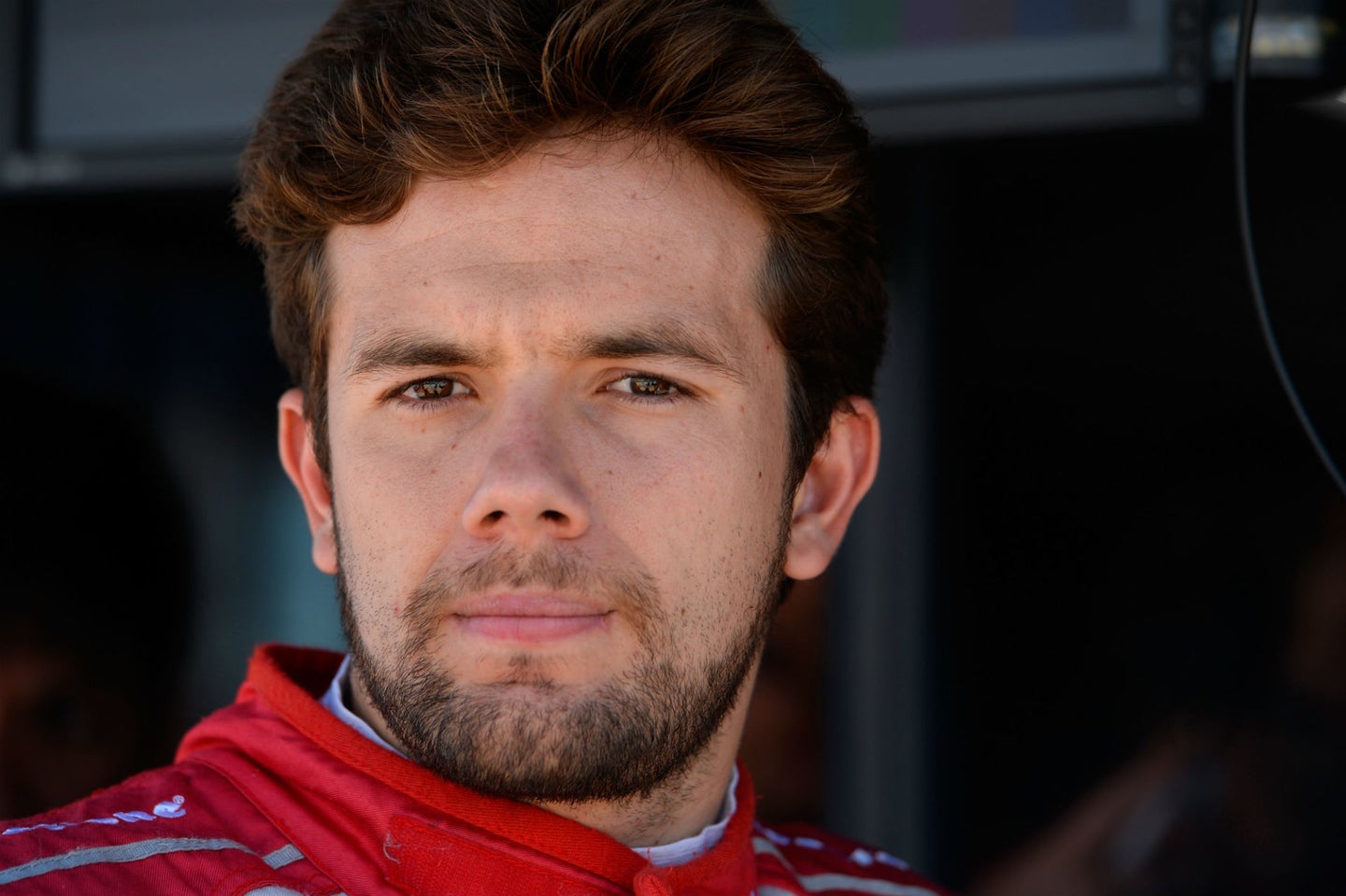 Schmidt Peterson Motorsports' rookie IndyCar driver Robert Wickens was injured in a fiery crash at Pocono Raceway in early August, leaving him with significant physical damage and the inability to return to action for at least the remainder of 2018. As a result, the team opted to field just one entry, driven by James Hinchcliffe, at Gateway Motorsports Park on Aug. 25, leaving the No. 6 Honda Indy car on the sidelines. Now, as a recent report from Motorsport has revealed, SPM will call on Colombian driver Carlos Munoz to pilot the second entry at this weekend's competition at Portland International Raceway.

Munoz last raced at this year's Indianapolis 500 after being released from his full-time role with AJ Foyt Racing at the end of 2017. He has found success at the historic oval race having finished second there twice, including his IndyCar debut. He also touts one victory in the series, coming at Belle Isle in 2015. Other podiums include single appearances at Long Beach, Houston, Pocono and Mid-Ohio.

Teams and drivers are allowed five hours of testing at PIR given IndyCar's absence from the track in recent years. The move to grant this allocation was given the green light as only a select few drivers on the current grid raced there when Champ Car last visited the circuit in 2007. This will provide time for Munoz to get acquainted with the No. 6 SPM Honda as he has reportedly not driven with the new-for-this-year UAK18 aero kit on a road course.

Wickens remains hospitalized after undergoing spinal surgery and other treatment to a list of orthopedic injuries. The latest updates from SPM indicate that he is now able to breathe without medical assistance and his talking with family and friends 10 days after his crash.

The Drive has reached out to Schmidt Peterson for confirmation on the move to pick up Munoz and will update this story pending the team's response.