Ford's smallest truck offering outperforms the best from the competition. 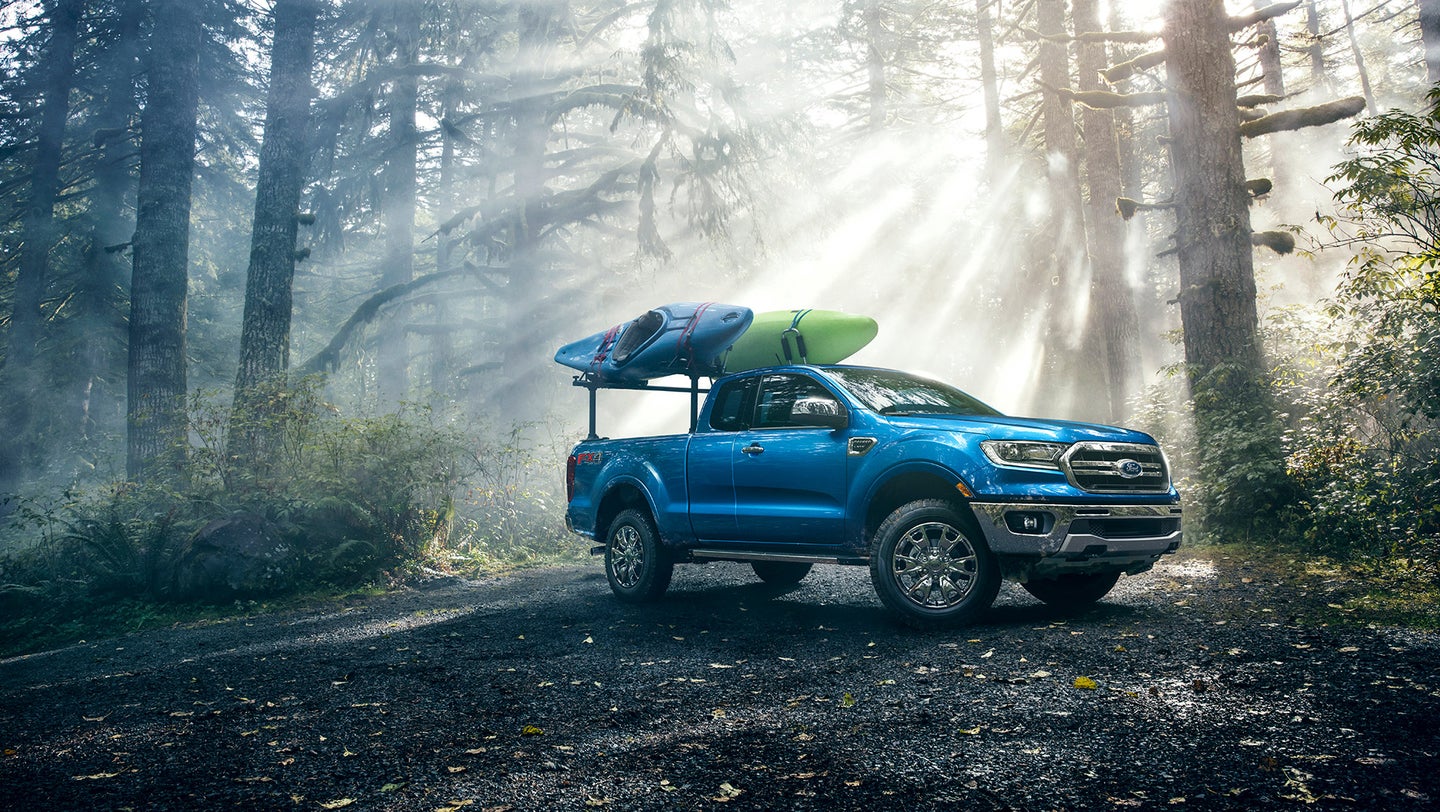 When Ford announced that it was bringing back the Ranger, it mentioned that, at the beginning, there would only be one engine offered: the 2.3-liter EcoBoost four-cylinder. As it turns out, that's all the truck needs, now that Ford told us how much power, torque, and towing capability it has.

Diving right in, the midsize 2019 Ford Ranger makes 270 horsepower and a best-in-gas-class 310 pound-feet of torque. That torque number bests the competition, which includes the Chevrolet Colorado with 275 lb-ft from its V6 and the Toyota Tacoma's 265 lb-ft from its respective six-cylinder. Only GM's diesel Colorado and Canyon beat that torque number with 369 lb-ft of twist.

Ranger's torque, high-strength steel frame, 10-speed automatic transmission, and Hotchkiss suspension with a solid rear axle help it tow up to 7,500 pounds with the proper towing package and trailer brake controller. That is best-in-class for gasoline engines and is only bested by the Canyon and Colorado diesel at 7,600 pounds for four-wheel drive and 7,700 pounds on rear-wheel drive trucks.

If you're someone who wants payload—whether it to be to haul an ATV or lumber—you'll be happy to know Ranger also sports a best-in-class maximum payload of 1,860 pounds.

“Think of Ranger as the biggest and most capable backpack for your gear,” says Rick Bolt, Ford Ranger chief engineer. The pickup is expected to appeal to both buyers who might use the truck for work, but also buyers looking for fun on the weekends at campsites, ATV parks, and beaches across the country.

Like all truck manufacturers, Ford adheres to the SAE J2807 standard for determining how much the truck can tow. Ford confirmed to The Drive that the towing number is for either 4x4 or 4x2 configurations and the payload number is for a SuperCab 4x2 truck.

While Ford hasn't stated fuel economy, we're expecting it to be impressive considering the use of a four-cylinder turbo engine combined with that 10-speed auto. It's nice knowing that now you don't have to worry about the truck lacking capability while still achieving the fuel economy midsize truck buyers are expecting.

Production of the 2019 Ford Ranger begins later this year at the company's assembly plant in Wayne, Michigan. That factory, along with producing the Ranger, will make the company's Bronco SUV when it arrives, potentially next year, as a 2020 model.