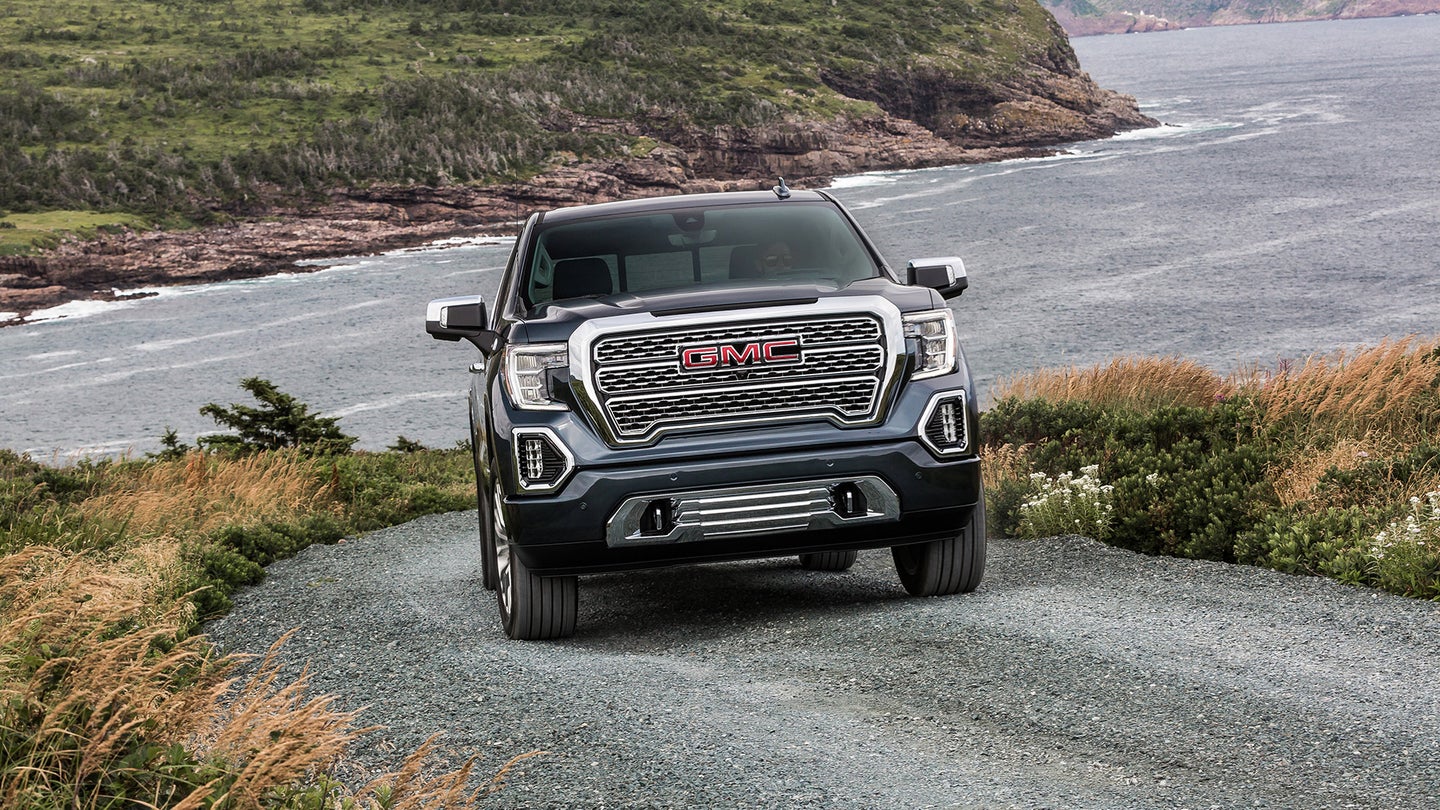 Leaks are nearly impossible to avoid, especially when you're an automaker and have to rely on a network of independent dealers to keep your secrets. One of those secrets, the performance numbers of the new diesel engine for the half-ton GMC Sierra and Chevrolet Silverado, apparently have leaked online.

According to TFLtruck, it received information claiming to be from GM Canada's dealer site stating that the inline-six Duramax diesel makes 282 horsepower and 450 pound-feet of torque. The screenshots also claim that the engine will get 28 miles per gallon on the highway.

The screenshots provided to TFLtruck also show that the GMC Sierra is capable of towing 7,800 pounds when equipped with the diesel engine option.

How valid are those numbers? The horsepower and torque make sense because they would be best-in-class figures. Software tweaks here and there would easy to hit bigger numbers when you have to beat the rest of your rivals.

The fuel economy number would be disappointing, at least on paper. A rear-wheel-drive Ford F-150 is rated by the EPA at 30 mpg on the highway for the Power Stroke. It'd be shocking not to see GM's truck make 29 or 30 mpg in the same situation.

The most troubling number would be the towing capacity. Currently, a GMC Canyon or Chevrolet Colorado midsize truck, with the diesel, can tow up to 7,700 pounds in rear-drive configuration (7,600 pounds in four-wheel drive). A gain of just 100 pounds by going to a larger and heavier duty truck doesn't seem likely at all. The F-150, in comparison, is rated at 11,400 pounds for maximum towing with their diesel engine.

The GM diesel is slated to go on sale next year, and when we get closer to the official release, the manufacturer will provide us official numbers. Until then, all we can do is speculate.