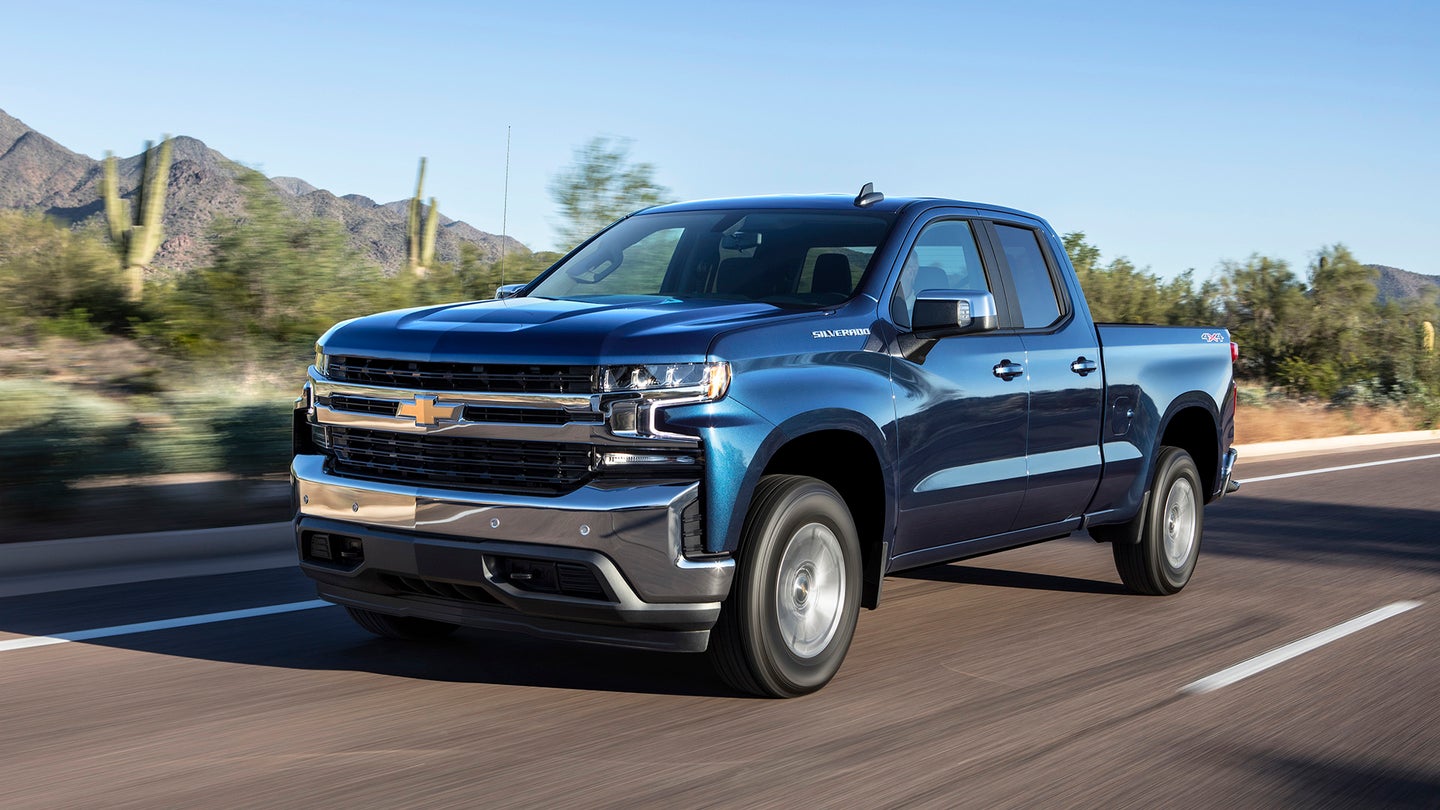 Ram was the first to rekindle the diesel-powered half-ton pickup truck segment in 2014, and following the move, Ford introduced its own F-150 Powerstroke that not only delivered in terms of performance—but also economy—with our very own Kyle Cheromcha driving his tester 850 miles on a single tank. Since then, the Blue Oval has wielded bragging rights, but General Motors was quick to enter the fray with a compression-ignition 1500 of its own by way of a turbo diesel Silverado.

Now, specs of the long-awaited truck have been leaked via multiple reports and they show that everyone else will be playing catch-up when it comes to horsepower and torque.

Jalopnik posted an article Tuesday morning stating order forms for the 2019 Chevrolet Silverado 1500 diesel variant listed a mighty 277 horsepower and 470 pound-feet of torque. That's 27 hp more than its closest competitor, the F-150, and 20 more pound-feet as well. GM reportedly confirmed these details which were also echoed by Car and Driver beforehand. While you can't yet order a 2019 Ram with the EcoDiesel option, rumors are that the manufacturer will start building them this summer—expect it to at least match that of the Jeep Wrangler's performance at 250 hp and 442 pound-feet.

Chevy's 3.0-liter diesel inline-six looks to be the most capable of the bunch, although trailer towing capacity wasn't detailed in the order forms—nor was EPA estimated fuel economy. The Chevrolet will once again have to compete with the Ford for that title which offers 11,400 pounds and 30 mpg on the highway in regular cab, two-wheel-drive configuration, a layout that won't be available on the new Silverado.

The new powerplant will be paired to GM's 10-speed automatic transmission.

It's understood that the Silverado's diesel engine will be a $2,495 option in the LT, RST, LTZ, and High Country trims; it will also be available in lower trims although it must be accompanied with the Convenience and Trailering packages as well, launching the cost to an additional $5,000-plus.

Chevy has made clear that orders for the turbo diesel Silverado will soon be pushed through with showroom deliveries beginning in summer 2019.

The Toyota Tundra was slammed with “Marginal” and “Poor” ratings, while all half-ton pickup trucks tested had poor headlight performance.