Amazingly, the high-performance Chevy was rebuilt in 17 hours after the flame-engulfed mishap. 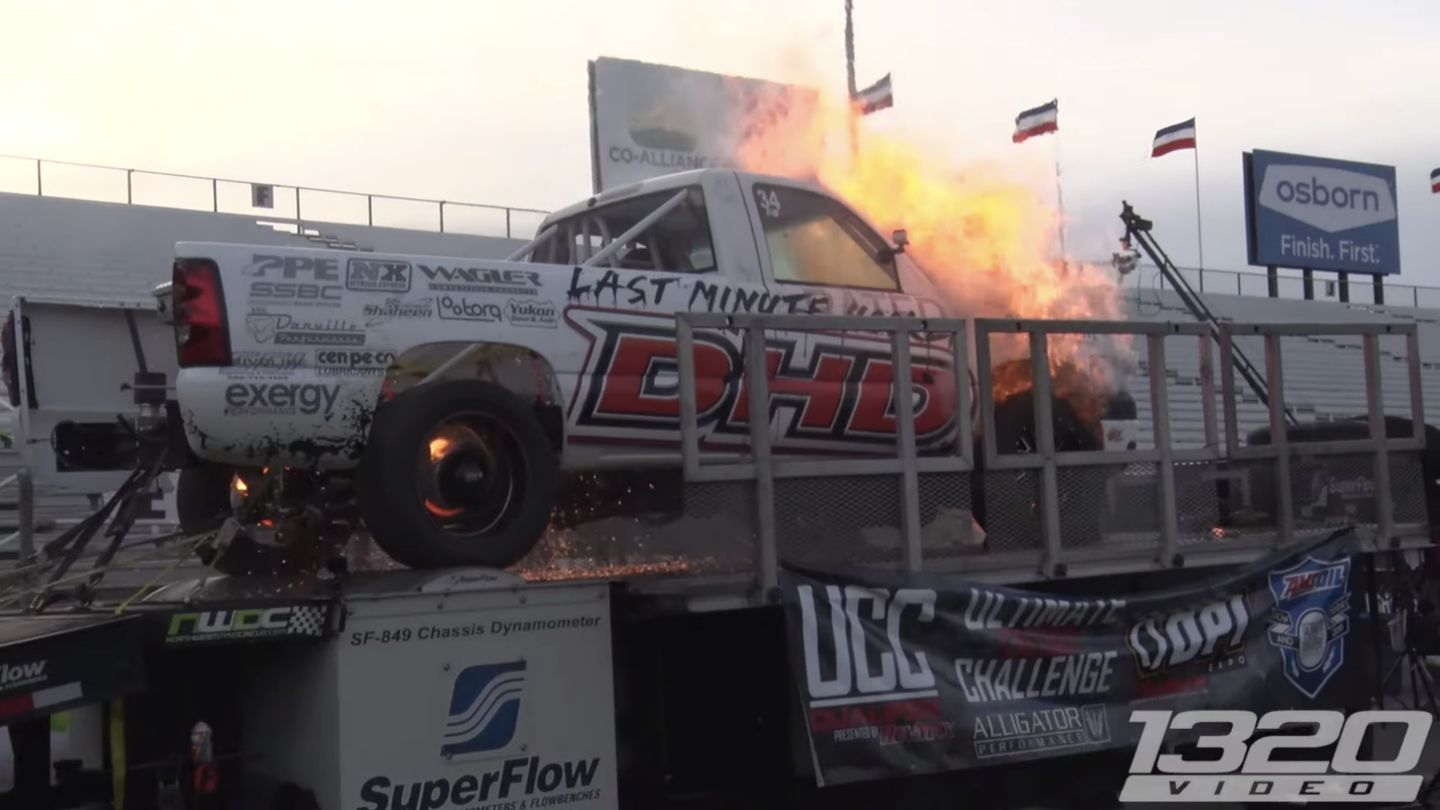 Tuned diesel pickup trucks are known for making unholy amounts of power, specifically torque, thanks to heavy turbocharging and massive fuel flow. This highly combustible mix often results in 1,000 pound-feet of torque or more with fairly simple modifications, while big-time players sometimes make over double that courtesy of custom-fabbed parts and precise tuning. This, however, can end in disaster when something goes amiss in the compression-ignition powerplant, like the shop who built this Chevrolet Silverado found out over the weekend at Indianapolis' Ultimate Callout Challenge.

While performing a simple dyno run to measure the Chevy's horsepower and torque, its engine's throttle effectively became stuck, leading to an overrun, or runaway, that ended in a massive fireball. Unable to turn off the pickup's ignition, the driver stomped on the brakes, but this wasn't enough to tame the Duramax V8's grunt. Because of this, the rear discs also caught on fire while the tires were spinning and smoking:

Despite nearby workers' best efforts with on-hand fire extinguishers, the truck's front end was burnt to a crisp. Footage of the spent engine reveals carnage such as bent pistons and a dismantled turbo compressor wheel.

The driver also escaped without injuries, partially in thanks to the protective firesuit he was wearing.

Miraculously, after 17 hours of repair work, the truck was salvaged in time for the event's sled pull runs:

Now, the crew is back at it with a shot at glory once again—talk about dedication.

You Can Now Buy a V8 or Diesel-Powered Ford F-150 Raptor Pickup Truck, Because America

Either conversion will set you back a decent chunk of change, but can you really put a price on the Ford truck of your dreams?