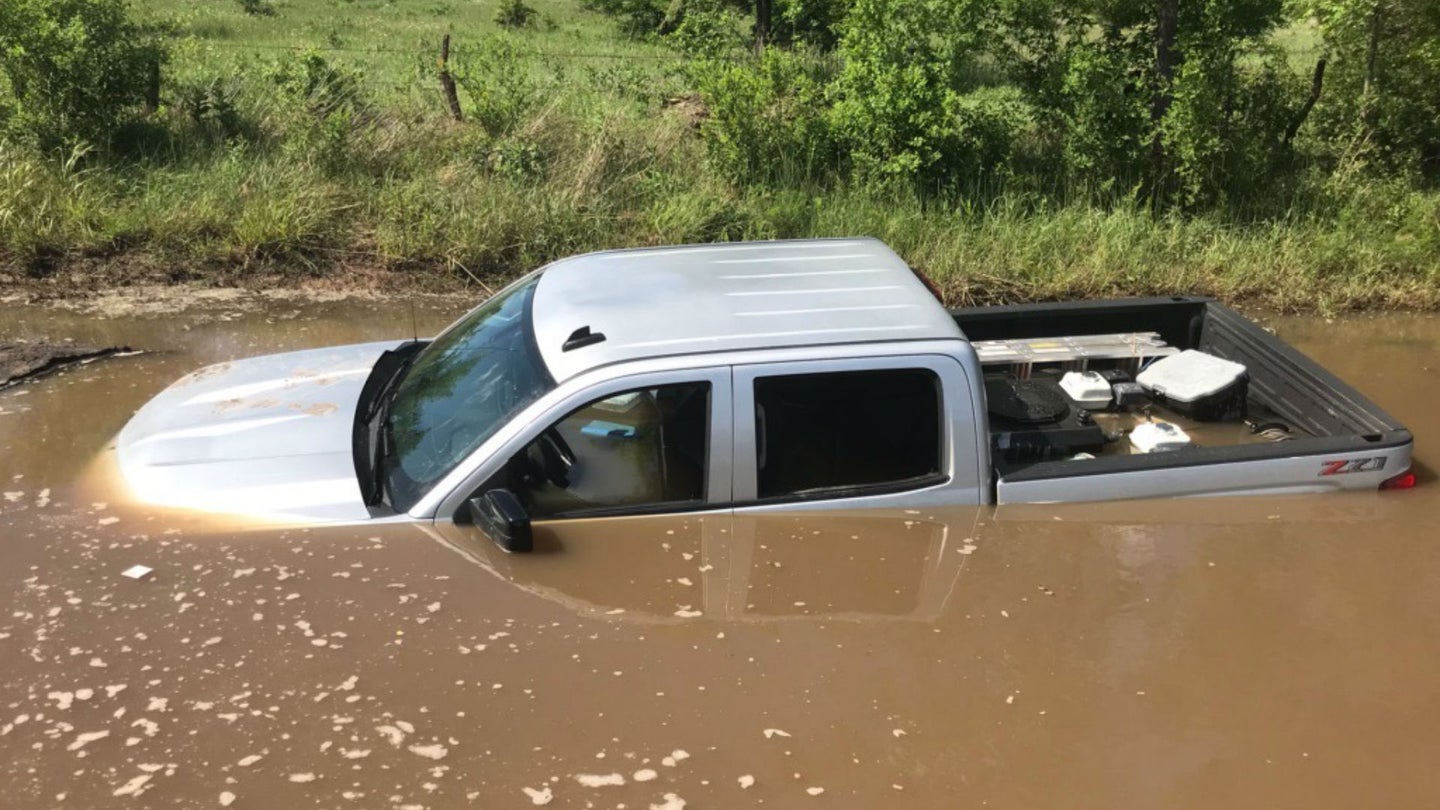 Inclement weather has plagued the American Midwest for the majority of spring 2019, leaving towns underwater and innumerable buildings demolished via high-speed winds and tornadoes. The latest round of flooding has caused waterways like the Arkansas River to broaden tremendously and, tragically, billions of dollars in damages have accumulated without much more than a few hours notice. A small town in Reno County, Kansas is one of the many to battle Mother Nature and, as a recent Facebook post by the local police department details, one Chevrolet Silverado driver lost his fight when trying to make his way through high waters.

Per the Reno County Sheriff's Office, the driver of this now extremely soaked pickup ignored the possibility of sinking and continued until it was too late to escape.

As a result, they were forced to kiss their silver Chevy goodbye as it floated off-course. The driver survived, though, and came away unscathed.

While obviously disheartening to lose a vehicle, the financial blow was surely just as bad if not worse. Recent studies show that Americans are paying 61 percent more for pickup trucks than they did a decade ago, and going off the average price of new Silverados, this was likely a $40k-plus incident.

Regardless, there have been much more costly losses resulting from bad weather across states like Kansas and Oklahoma. One Missouri town took a "direct hit" when a pair of car lots were caught in a tornado, forcing them to write off over 500 Chevrolet and Toyota vehicles. The estimated costs from this one instance alone were north of $30 million according to reports.

The Air Force is still assessing the full scope of the damage to the critical base in Ohio.