Oregon’s hipster capital wants to be on the front lines of the future of transportation. 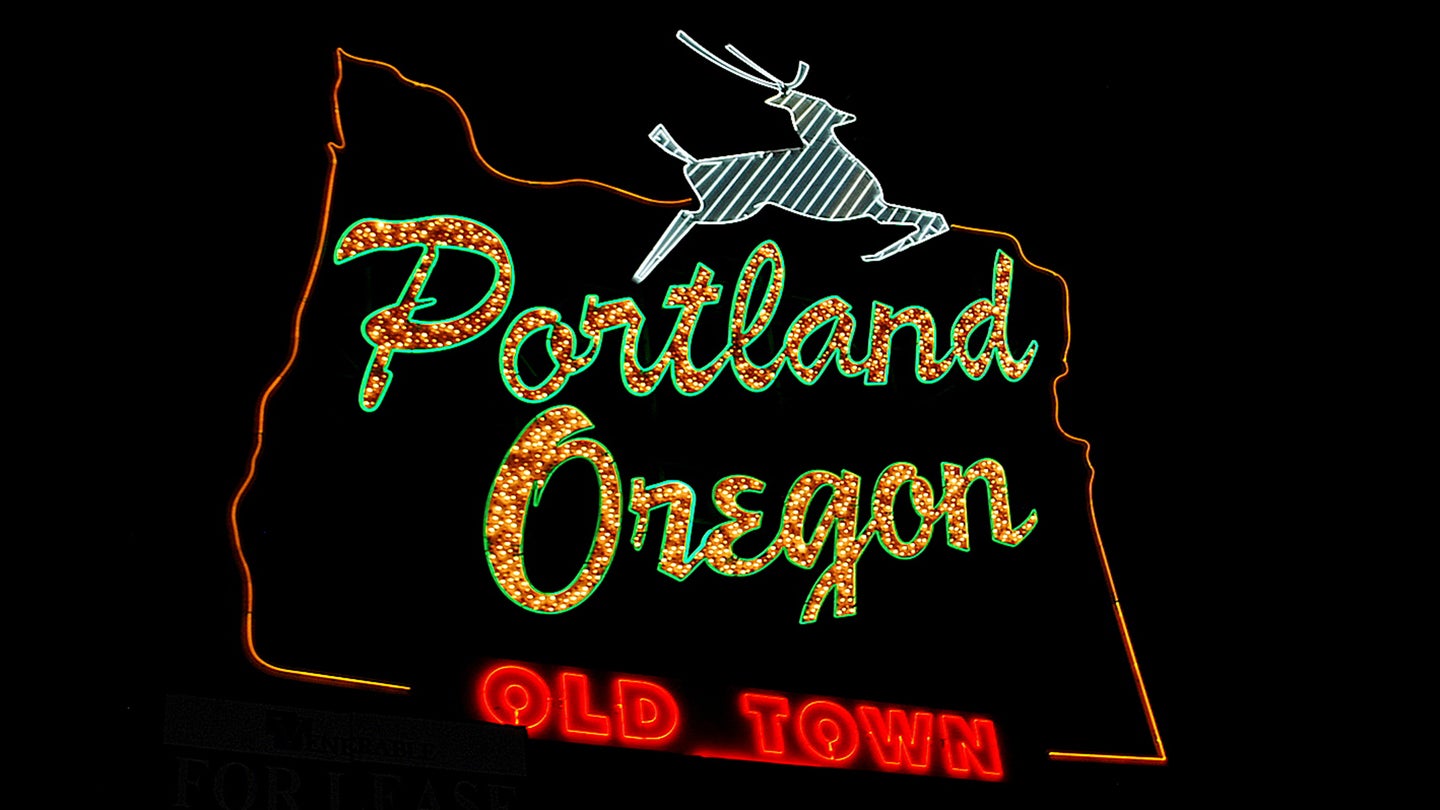 Over the last few years, Portland, Oregon, has made a name for itself as a haven for hipsters, and...well, hipsters. But the Beaver State's largest city is now seeking to grab some attention for a reason that has nothing to do with artisanal pastries, hand-hewn flannel shirts, or post-ironic reappropriation of cultural memes: Portland wants to put fully self-driving cars on its streets in 2017.

According to Bloomberg, Portland mayor Ted Wheeler and transportation commissioner Dan Saltzman have ordered the city's Department of Transportation to come up with rules in the next two months that would allow autonomous vehicles to begin testing in the city this year. City officials didn't specify which self-driving car developers they're seeking to work with, but the Bloomberg report claims many of the major parties on the autonomous car battlefield have reached out to the government there. Daimler and General Motors have previously expressed interest in working with the city on autonomy.

"If we wait five years, my concern is we are not going to have a say in the matter at all," Wheeler told Bloomberg. "Either the technology will happen to us, or we are going to shape the playing field."

The self-driving tests could receive funds from Portland over the course of the trial, which Wheeler reportedly expects to last around two years, if they operate autonomous mass transit that can help Portlanders connect to the city's existing mass transit network of streetcars and buses. One of the city's goals is to see how autonomous vehicles could help the notoriously eco-friendly town reduce its carbon footprint, according to the report.

Being late could be even better than being early.