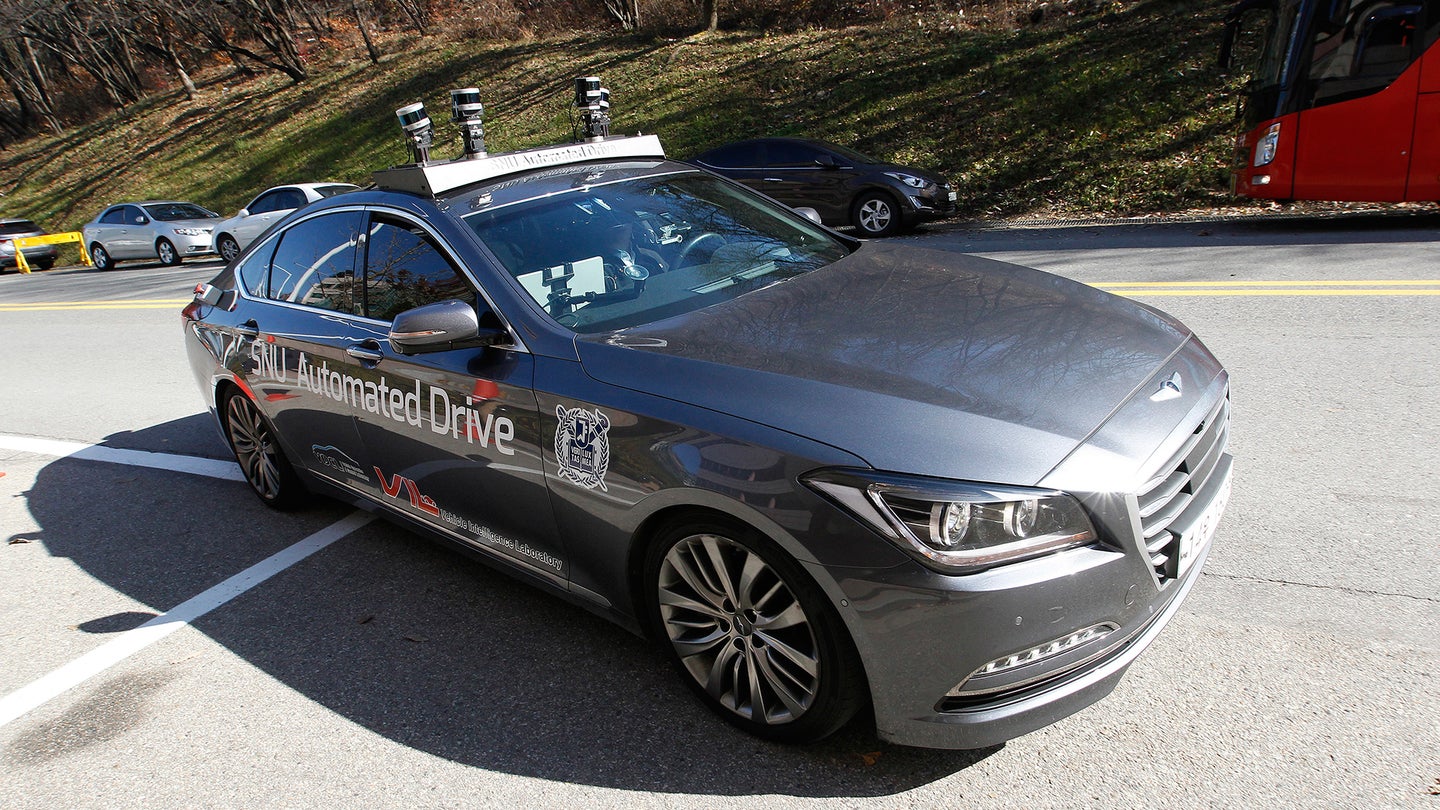 South Korea is building an entire town as a place to test self-driving cars in a manner that's more controlled than releasing them into the wild while still giving them the chance to be tested in a wide variety of environments.

The complex, described as "K-City," will be the world's largest testing facility for autonomous cars, according to Business Korea. Both local automakers such as Hyundai and Kia and Korean technology companies like Samsung are expected to congregate around the complex, which reportedly cost on the scale of $10 million to build.

Companies will not need to seek autonomous vehicle testing permits from the South Korean government in order to test their self-driving cars, Business Korea reports. The nation began granting such permits late last year, according to the Associated Press.

Admittedly, breathless reports describing the South Korean testing facility as a "city" are something of an exaggeration. The complex will be around 360,000 square meters, which works out to roughly 0.14 square miles—slightly smaller than Vatican City. But that will still reportedly be enough space for K-City to offer numerous environments for autonomous testing, including highways, parking areas, and mass transit zones.

The highway portions of the facility are expected to open to testing first, in October of this year; the rest of K-City is predicted to open by the middle of 2018.

The South Korean test site is similar to the University of Michigan's Mcity complex in Ann Arbor, where Ford has begun testing its own self-driving vehicles. But at nearly three times the size of its U.S. equivalent, K-City will offer far more room for the country's tech and car companies to futz around with the future of transportation.