How I Learned To Stop Worrying And Buy A Tesla

A seemingly crazy choice becomes the only choice. 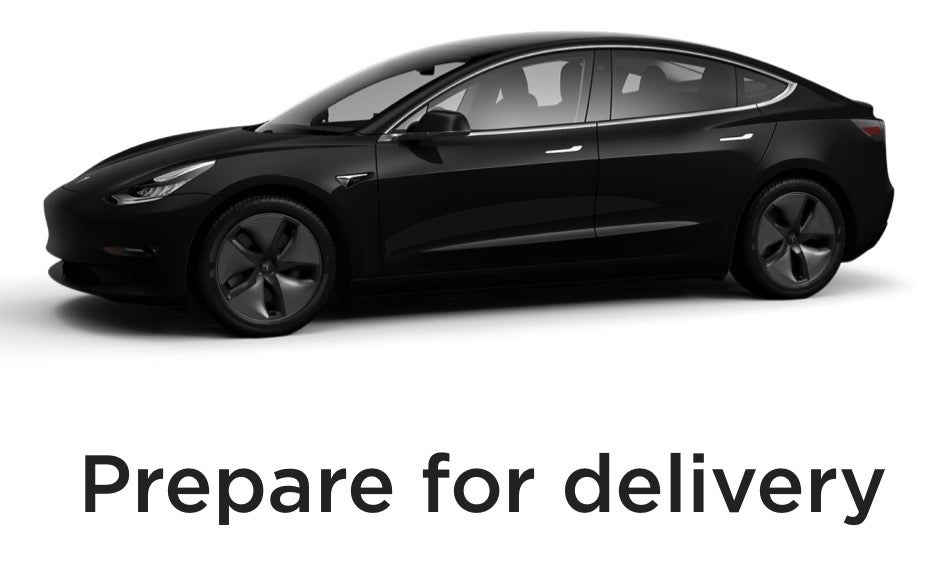 "Are you out of your f***ing mind?" said journalist Ed Niedermeyer, whose name is allegedly painted above the drain of the replica Duchamp hidden in Elon Musk's private bathroom at Tesla's Fremont factory.

"Maybe you should read my book."

"That definitely won't stop me."

"But," Ed whined, "we've done more than a hundred episodes of Autonocast about why you shouldn't."

"I hope you didn't tell them in advance," Ed said over two clicks of a Bic. "You should go in as a civilian."

"Of course not," I lied, "Otherwise I'd have no credibility."

The truth was that I'd been talking to Tesla higher ups for months, alternatively promising to buy new and threatening to buy used. They'd never offered anything other than best wishes, which made conceding Ed's point a whole lot easier. However much a dark part of me hoped for a discount and a specially prepped car, I'd have to order one like every other shlub. But calling in manufacturer favors is what other people do. You know them; those auto "journalists" with nary an unkind word for a car until its model cycle is over.

Me? I've got a reputation to uphold.

Sadly, the truth was that even I—who had more Tesla miles than most owners still alive—had been infected with FUD, otherwise known as Fear, Uncertainty & Doubt. If one believes mainstream media reports, Tesla is the Theranos of transportation, Elon Musk its Elizabeth Holmes, and the company will be dead before my car's first service. Let's not forget a lack of spare parts, cars catching fire, the crashes attributed to Autopilot, and things like Autonomy Day, which some called Silicon Valley's version of The Producers. Opposing the big outlets are Tesla investors of hilariously shallow technical knowledge and a constellation of stock shills—I'd call them whores, but that would be an insult to sex workers trying to make a more honest dollar—shamelessly rationalizing away any criticism of Elon Musk and Tesla with Whataboutism at its finest.

But I wasn't interested in any of that. I wasn't buying $TSLA, which is going through a rough patch. I wanted to buy a Tesla. The only way to consider buying a Tesla is to become like a honey badger. If one doesn't give a s**t about the promises, lies, idiots, trolls, fools, rumors, hopes or exaggerations, all that's left is the glorious reality of the one fact that remains: the cars are amazing, delightful, stunning and unique.

Elon Musk said at least one true thing on Autonomy Day: no car manufacturer on Earth has released a car that can compete with the 2012 Model S, and it's still light years ahead of any other EV you can buy today. Autopilot. Drivetrain. Range. Charging infrastructure. User Interface. Navigation system. People can bitch and moan about build quality, but I'd rather own magic-with-a-defect than a work of art I hate. I'm absolutely convinced that the overwhelming majority of people who dislike Teslas have never driven one, and/or are shorting it.

The legacy car makers can beat Tesla on build quality, but that doesn't matter to me if they fall short of the state-of-the-art in almost every other way. If build quality was the only thing that mattered, Toyota would be the only car maker on the planet.

I just started a new job at Argo.AI, whose Pittsburgh HQ is 373 miles from my Manhattan home. I need to commute at least every other week, and I need a car when I'm away from home. It's six hours each way. Six hours in a car is a long time. Noise levels matter. You cannot grasp how much better you feel on the other end of a long drive in an EV until you done it.

Why not fly? Flying is five to six hours door to door, of which the flight is only 90 minutes. I'd rather spend six hours in a car, listening to podcasts and making calls, which is also superior with an EV's lower noise floor. The other necessity is a real driver assistance system (or ADAS) designed for highway use, and there are only two serious systems on the market today: Tesla Autopilot and Cadillac SuperCruise. I don't buy Tesla's claims that using Autopilot is safer than not, but it sure as hell is less stressful over long periods. The same is true of SuperCruise — which is clearly safer than Autopilot due to its camera-based Driver Monitoring System — but it's currently only available in traditional internal combustion (ICE) Cadillacs.

Which means all roads lead back to a Tesla.

The mother of my child wanted a Model X, of course. "Those doors!" she giggled, but I wasn't paying up for less range and one more thing that could break. I wanted to please her, but I'd rather put the difference away for little Coco Roy's college fund. A Model S? Not worth 30% more to me than a 3.

And so a Model 3 became the only choice. As T-Day approached, I deliberately ignored all Tesla-related news and prepared to place an order online. Then it occurred to me: there must be some inventory cars sitting around the Tri-State area. Surely Tesla would offer me some kind of deal. I marched into Tesla's gorgeous showroom in New York City's Meatpacking district and started asking about the only configuration that makes any sense:

To my delight, the recently discontinued rear wheel drive variant was locally available in several colors. That meant saving weight and money, and eking out a few more miles of range. Just in case I wanted to break the EV Cannonball record again, it was the perfect car.

The Tesla staff were terrific. The car was in stock. I gave them my credit card. Within minutes I had an e-mail confirmation and an online account. Within hours they confirmed home delivery for the very next day. It was by far the best car purchasing experience I ever had. I went home and counted down the hours.

You won't believe what happened next.

Alex Roy is Director of Special Operations at Argo.AI, founder of the Human Driving Association, editor-at-large at The Drive, host of The Autonocast, co-host of /DRIVE on NBC Sports, author of The Driver, and Producer of APEX: The Secret Race Across America. He has set numerous endurance driving records, including the infamous Cannonball Run record, and believes in mobility as a fundamental human right. You can follow him on Facebook, Twitter and Instagram.