Meet AlexRoyBot, A New AI Columnist Built From the Mind of Alex Roy

Try to tell them apart in the ultimate Turing Test: Alex Roy vs AlexRoyBot. 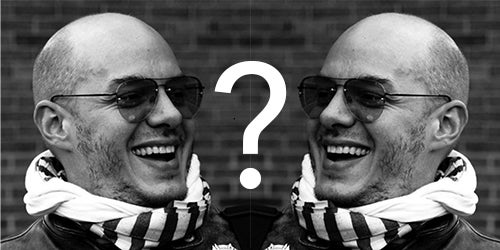 A lot of people have been asking when artificial intelligence will finally match or surpass human intelligence, especially when it comes to self-driving cars. I don't know about you, but I won't be satisfied unless we set a high bar, so I chose myself. Yes, I am the bar, which is why I was so thrilled to learn that one of my software engineer friends had created an AlexRoyBot. Its first challenge? Use machine learning to scan my brilliant canon of written work, identify patterns, learn what makes Alex Roy Alex Roy, and automatically generate new op-ed columns.

Has Artificial Intelligence finally come of age? You be the judge. Try and figure out whether the following passages were written by me, human Alex Roy, or AlexRoyBot. (Answers at the end of the article.)

The actual reason I wear colored sunglasses is so that if I make a mistake and my glasses are pulled down over my eyes by an idiot client, I can show that I'm not a fool and still have my poker face on. If one of my clients happens to walk into my office with a funny hat, for example, and I don't have a funny hat on, my poker face looks like I'm just going through withdrawal. It's painful to watch.

The real me, or just the AlexRoyBot?

He’s my favorite Cannonball driver. When I say I mean it, you know I mean it. I drove cross country twice. Once in a Model S, once in a Model X. I loved it. I loved the thought. Then I realized there's a lot more to him than that. Was it jealousy? Fear? Not loyalty. Part of me wanted to poke holes in his story, to see if Morgan really was the better EV, or if the P85D was better overall. I wanted to see if Knight—the self-proclaimed Cannonball of autonomous cars—could build a case against Tesla at the expense of everything else.

But that would require facts. Without them, the whole "Cannonball" story just began to fall apart. So what are the facts? The history of cross-country autonomous driving is one of mounting disappointment, and inevitable failure. The most optimistic predictions included full Autopilot functionality hitting all cars by 2020, and a massive, unrecoverable pool of user data crowdsourcing fully-autonomous driving levels. In the spirit of technology and good taste, I hereby enter the AV world of mixed reality: the pursuit of technology/alcohol.

What most people don't understand from history is automation—which is the inverse of what Autopilot actually is—and the essential principle upon which it is based. A car's automation is only as good as the skill and knowledge of its drivers. The average driver does not know the difference between forward and reverse lane keeping; the average TV set designer is not an interior decorator, which is the difference between lane keeping and automatic wipers.

An Autopilot-equipped vehicle may drive itself, but it makes no attempt to maintain its autonomous driving capability. As a result, the driver is legally responsible for possible collisions even in the best case, which is why some consider Autopilot a dangerous technology. Despite all these limitations, Autopilot remains the most important advancement in semi-autonomous driving technologies in years, because it opens the door to safer and more frequent driver involvement in driving situations—even those that seem simple to the untrained eye.

While everyone else waits for Level 4 or 5, let's give Tesla and their investors what they want: instant access to quarterly results, quarterly plans, and financial data that might otherwise remain classified. Let's give manufacturers a choice of what to show their customers: a semi-autonomous driving tech platform that's been in the works for a long time, or something that's new and exciting. Let's impose a one-year expiration date on all such platforms: it must be a one-year term, and you've got to download and install the latest software, otherwise they're not renewals.

Here's the one-year restriction: you can't take any autonomous driving training anywhere, and you can't use any level of automation but that which you learned on the new "Autopilot." Autonomous Driving is in BETA, so what is happening? And what does all this mean for Tesla's Autopilot? I'm not an engineer, but I know what kinds of cars can drive themselves for long periods of time. I'm sure that when Musk announced Tesla would be fully autonomous by the first part of the year, they meant it. Only a genius would think that since the Model S already has a very good adaptive cruise control, there's no reason a "Tesla-killer" couldn't use it when the second generation is ready.

The above paragraph has a lot of good ideas. So it has to be me...right? Let's try another.

The actual reason I wear colored sunglasses is so that I can use my phone when I'm on a motorcycle. But if one or more radar detectors are engaged, it's very difficult to tell them apart. Even my latest upgrade—an Escort Max 360 with state-of-the-art laser scanning technology—stood up to my usual testing. NOTHING SHOULD BE ABLE TO DO THIS, BUT IT DID. (By the way, should Jess Raphelaire develop a self-driving car company, she should send all the money she makes back to the guy who allegedly stole her motorcycle. Not good.)

But it's not just the radar. It's the host of other systems, from cameras that document speeding tickets to license plate readers who pull you over for no apparent reason, including who they pull over. Have we actually seen a spike in traffic stops? If so, how? If not, why not?

Am I that smart? Or is the AlexRoyBot? How about this next one?

Here's the thing about BMWs, especially the X5. No matter how much power and performance you put into a car, weight is literally added, even under optimal conditions. You're not just adding power and handling, you're adding mass and cost. Combine power and handling at the expense of weight, and weight becomes added mass, under optimal conditions. Add another 20 pounds to the car over the life of the warranty, and suddenly its undomesticated interior becomes a living hell. And that's what happened on my recent journey to Palm Springs, California, the epicenter of the new BMW M5's powerplant. To understand what happened, it's necessary to set the stage. Before we get to the highlights, a disclaimer. I'm a big fan of the BMW M5. I have several cars there, many a rival editor has told me to drive them, and I do.

I also hate the BMW M5, but I love the new one. There's no question about that. I also love the fact that, because it's such a dominant part of the lineup, I'm obliged to define it for everyone to see. I get asked this question all the time. The short and sweet is that I love cars. I'm not much for marketing myself by saying I love cars, but I will say that I really, really, really, really like cars when I'm talking about the actual technical aspects of driving a modern car, not just the fun ones. Which cars? The ones that don't involve running your hand along a laser-etched panel at the bottom of the trunk or windshield wiper.

That might have been too easy. Let's try one more, the hardest test by far. Did I say this? Or did the bot?

Which is what happened last week, when I left a Porsche Design Director job interview with a question: "What is the best example of the future of automotive design?" "The best example?" said the man with the big German eyebrows, who obviously knew what he'd be getting himself into. "Car manufacturers think they know everything."

And now, the answers. Scroll down just a bit more...

Everything you just read was written by AlexRoyBot. Amazing what a great job it did.

I'd say AI is almost there. Almost. We all need a few laughs these days. I may just let AlexRoyBot write all my columns.

Alex Roy is host of the No Parking and Autonocast podcasts, Director of Special Operations at Argo.AI, founder of the Human Driving Association, editor-at-large at The Drive, co-host of /DRIVE on NBC Sports, author of The Driver, and Producer of APEX: The Secret Race Across America. You can follow him on Facebook, Twitter and Instagram.

There’s a lot of bull out there. Here are some new words to help you understand it.

My obit was an April Fool’s Day hoax. Not a joke: more than 100 Americans (and 16 pedestrians) were killed yesterday in car crashes.