You’ll Need $1.5M to Own the Last Tesla Roadster Ever Built

The first Tesla Roadster built is in space, so does that make this even more valuable? 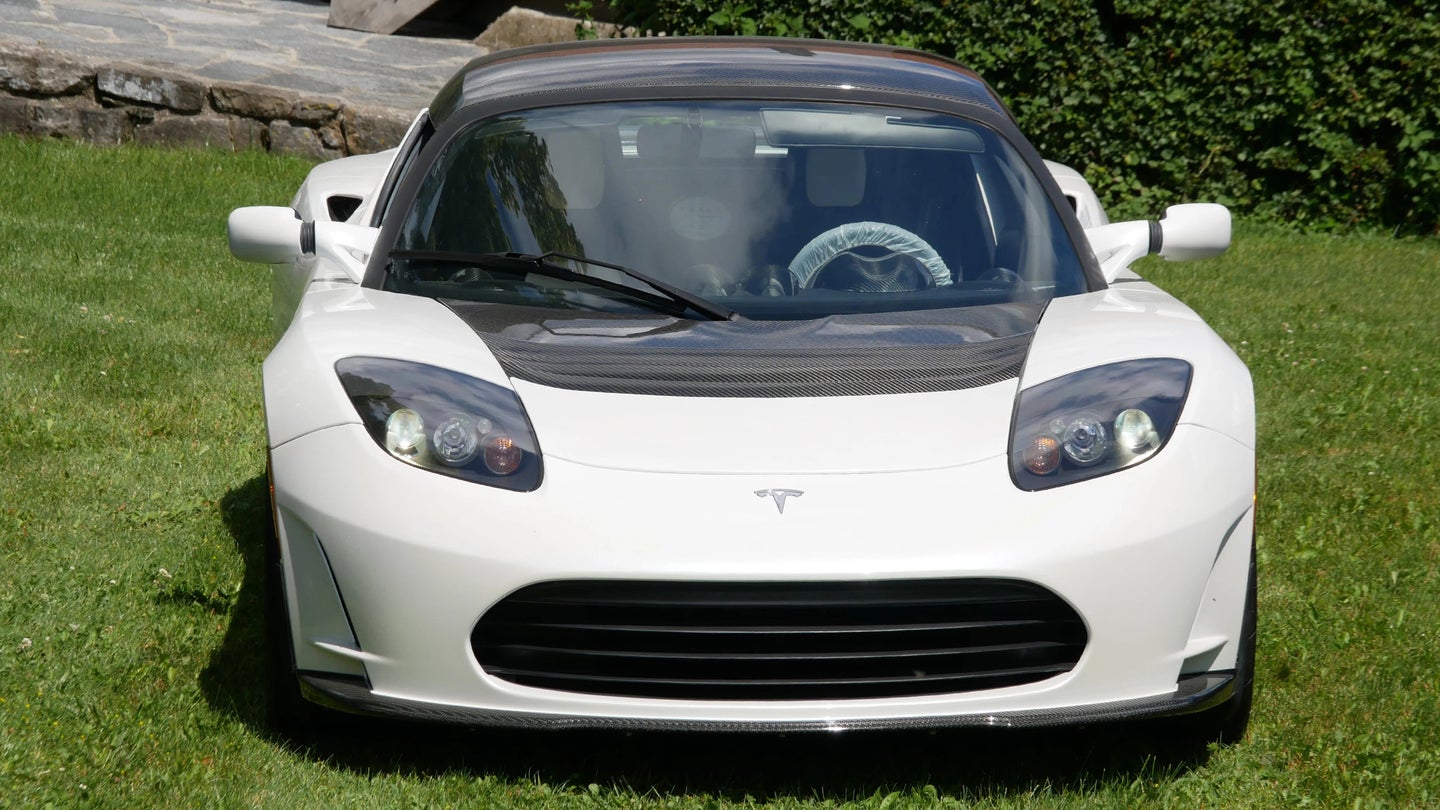 There's something intrinsically special about firsts. First impressions, first dates, first choices—and let's not forget about first cars. For Tesla, its very first automobile was none other than its Roadster, a car which gave the startup a jump start in becoming the world's most valuable automaker. And while the first example built is technically no longer of this world, you can now buy the second most important example: the last one ever built.

A used car listing in Switzerland is advertising the final-built Tesla Roadster for sale at a whopping $1.47 million. With just 124 miles on the odometer, this is perhaps one of the most well-preserved specimens still around. According to the ad, the car was also never registered and instead spent its life on tire pillows atop marble flooring, meaning that the new owner could technically be the car's first.

The car is also embellished with a full carbon package and special "2500" badging signifying its importance. It's also worth noting that the owner kept the vehicle at a proper charge level, so the worry of a bricked battery can be put to rest. Speaking of the battery, the visible portion of the pack also bears the signatures of many notable Tesla team members in white marker. 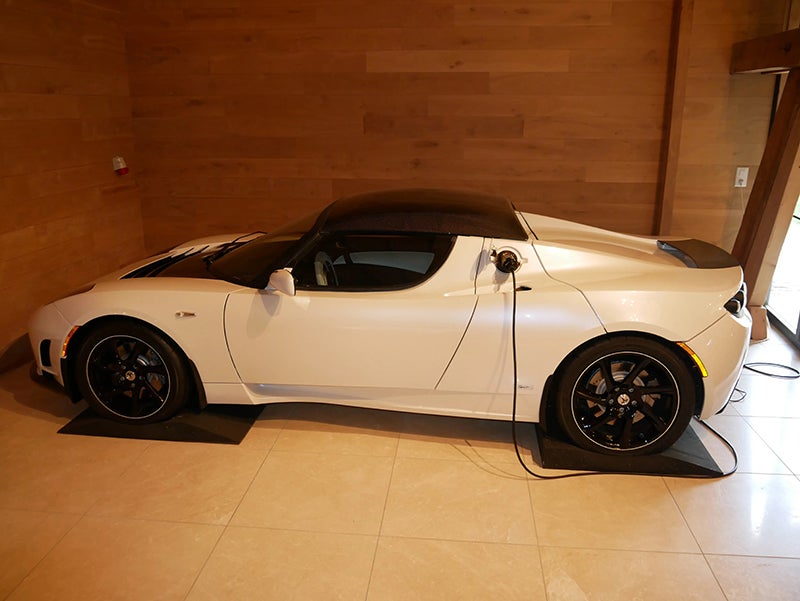 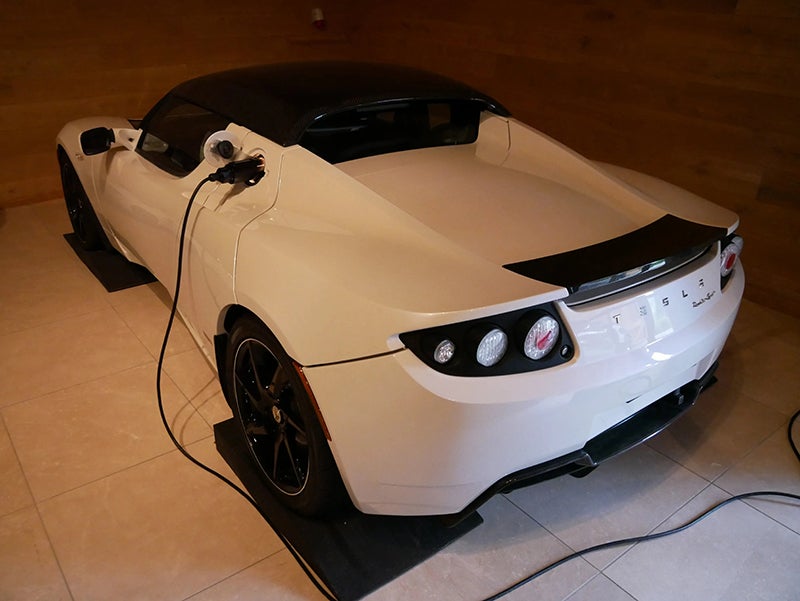 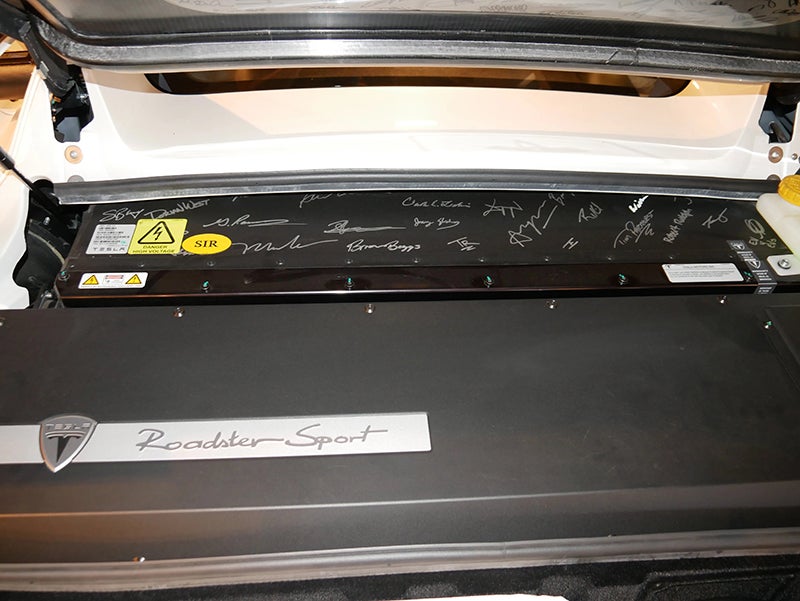 Tesla Roadsters aren't exactly common. Only 2,500 examples were built between 2008 and 2012, many of which were driven sparingly. Even while depreciated, the Roadsters still hold great value compared to the original base price with used examples today sitting comfortably around the mid-$60,000 price range. However, a vehicle's value can often skyrocket if it is the first or last example built, meaning that this Roadster could be more valuable than its similarly-equipped brethren—but is it worth its asking price?

There's no denying that the Tesla Roadster is rapidly becoming a collector's car. After all, it is one of the pioneering battery-powered vehicles that helped push a number of manufacturers into the EV market. The Roadster was Tesla's very first attempt at a car, and it was also the first part of former board chairman Elon Musk's master plan that led up to the Model 3 being a commercial success. The low-volume sports car was built using structure and safety technology licensed from Lotus, and packed a torque-filled punch using battery power as its sole form of propulsion—something quite innovative for a performance-oriented car released in 2008. 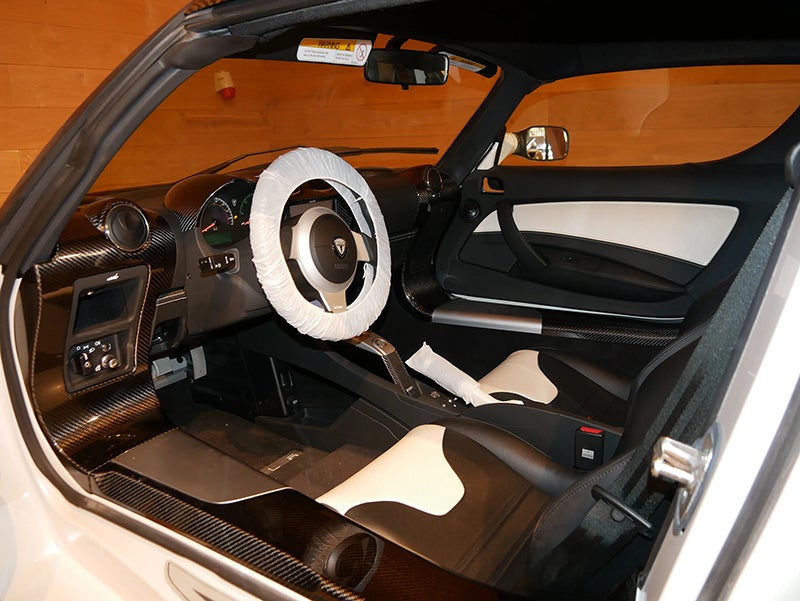 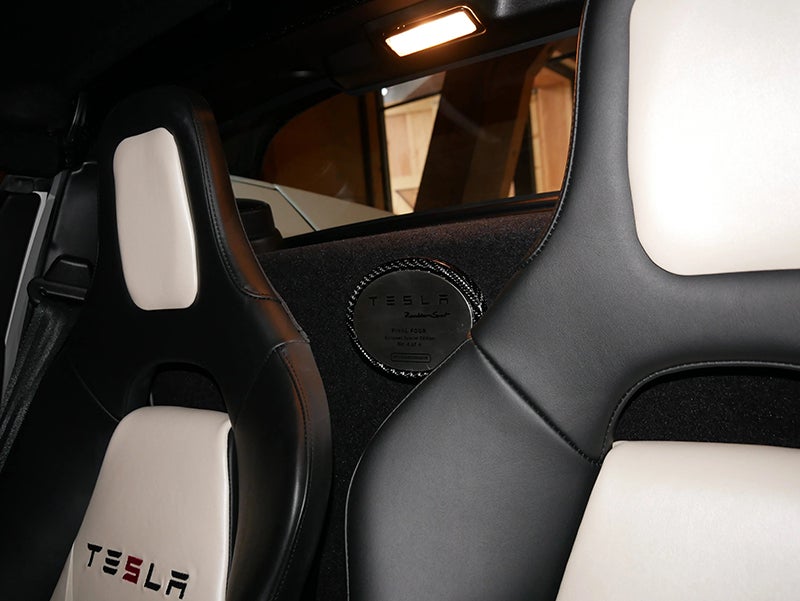 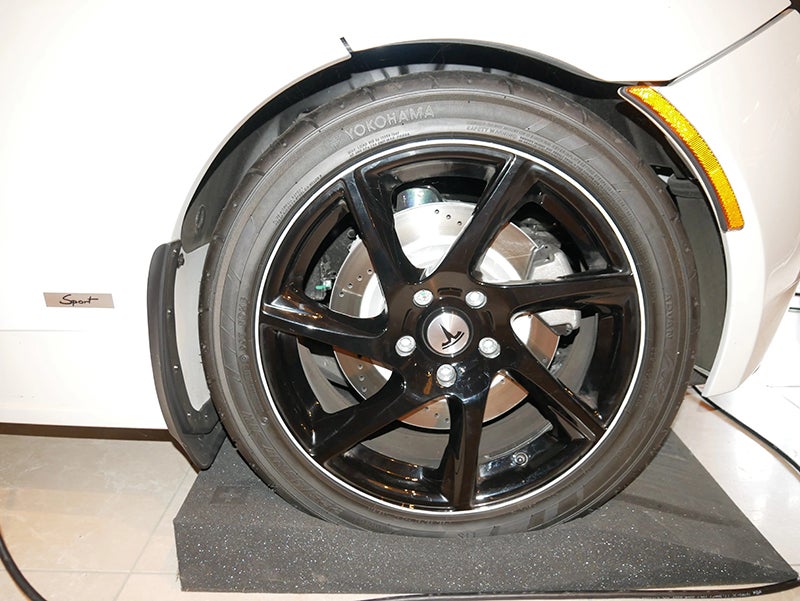 It's not unheard of for collector-level vanity VINs to pull in a premium. The Corvette is a prime example of this, as we've seen the first C8 Corvette recently auctioned off for $3 million, and the very last C7 raked in a cool $2.7 million. Unlike the C8 Corvette, it will never be possible to own the first-built Roadster—that honor went to Elon Musk and his Midnight Cherry example, which is now floating around in space blasting David Bowie's 1969 hit, Space Oddity.

Despite being eight years old and having no AutoPilot or other advanced features, the seller has gone full-Musk into asking an appreciated $1.47 million (1.39 million Swiss Francs) for the car. We can surely see where the value-add comes in, but spending the equivalent of 38 Tesla Model 3s on already-antiquated tech is a hard figure to stomach.