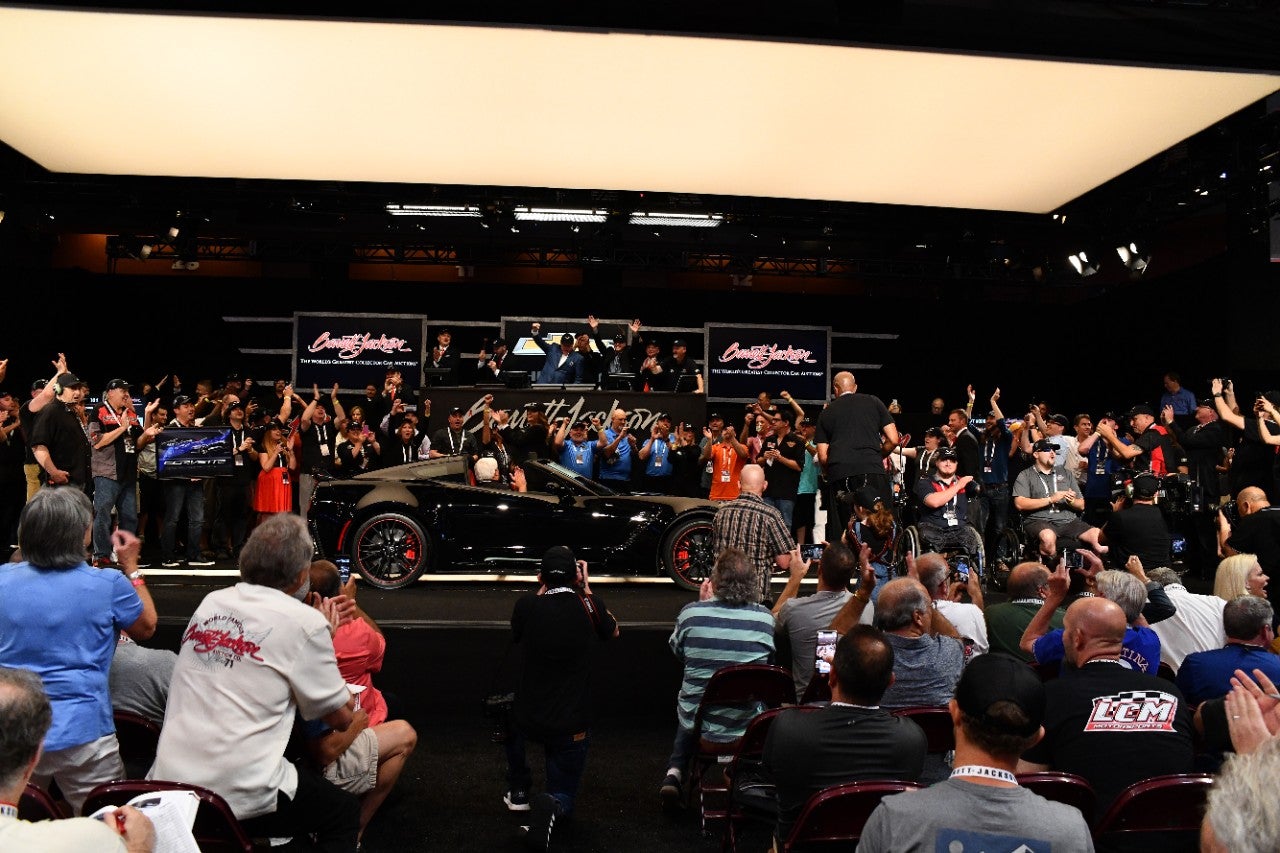 The final Chevrolet Corvette C7 sold for a whopping $2.7 million at the Barret-Jackson Northeast Auction at Mohegan Sun in Uncasville, Connecticut Friday night. The winning bid for the black on red Z06 officially broke the Barrett-Jackson record for an automaker-donated vehicle, with 100 percent of the proceeds going to charity.

Technically, the black Z06 that rolled across the auction block on Friday isn't the actual 'Vette that will be headed to the unknown buyer's private collection—or at least we can imagine he/she has a sprawling collection—but "an exact replica" of the very last C7 Corvette to ever roll out of the world-famous assembly plant in Bowling Green, Kentucky.

All of the proceeds will go to the Stephen Siller Tunnel to Towers Foundation, which builds mortgage-free and accessible homes for catastrophically injured service members, as well as pay off the mortgages of families of first responders killed in the line of duty.

“This is going to vibrate across America,” said Frank Siller, chairman and CEO of the Stephen Siller Foundation. “This donation will build at least five homes for our catastrophically-injured veterans to give them their independence and a better quality of life.”

This marks the fifth year that General Motors donates a vehicle to the foundation for the purpose of being auctioned off. According to the foundation, more than $10 million have been raised thanks to the automaker's generosity, with the total sum including $925,000 from last year's auctioning of the first production 2019 Corvette ZR1, which was purchased by auto dealer and racing giant Rick Hendrick.

“It’s appropriate that the most iconic vehicle ever built in the US, has the honor of being the highest auctioned vehicle at Barrett-Jackson for a charity,” said Steve Hill, GM U.S. Vice President of Sales, Service and Marketing. “What makes me proud to be a GM employee is that fact that we’ve supported the military and veterans for over 100 years. This is a great evening, but tomorrow morning we get back to work to help more service members in need.”

This final seventh-generation Corvette marks the end of an era, as the long-awaited, all-new mid-engined C8 will be revealed to the public at a massive event on July 18 in Orange County, California.