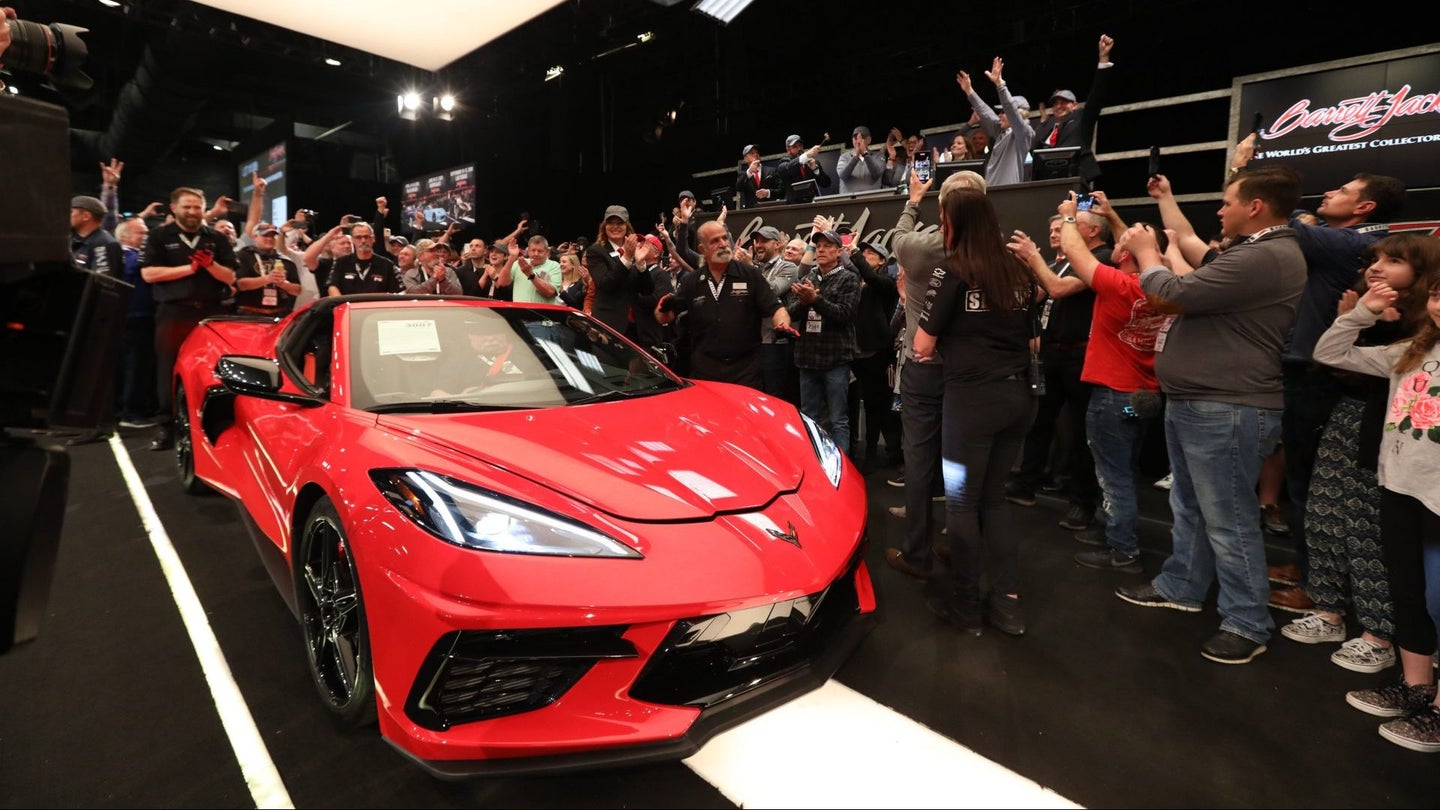 A year ago, the very first copies of the 2020 Ford Mustang Shelby GT500 and 2020 Toyota Supra crossed Barrett-Jackson's auction block and sold for $1.1 million and $2.1 million, respectively, with the proceeds going to charity. The auto auction house just hocked the first 2020 Chevrolet Corvette at its big Scottsdale event on Saturday and the inaugural mid-engined 'Vette didn't disappoint, raking in a cool $3 million for the Detroit Children's Fund, a non-profit organization that invests in the Motor City's school system.

With General Motors CEO Mary Barra on hand, C8 VIN 001 was reportedly snatched up by none other than Rick Hendrick, owner of the Hendrick Motorsports NASCAR team. Although the 'Vette that appeared at the auction was red, that car was apparently a pre-production placeholder because Rick's actual Corvette has yet to be built. Scheduled to roll off the line sometime in the first quarter of the year, the car will be a "black-on-black," fully loaded 3LT model. It'll feature GT2 seats, rear spoiler, Chevy's Performance Data Recorder, and the Z51 package that throws in a performance exhaust, more aggressive suspension, an electronic LSD, beefier Brembo brakes, improved cooling, and Michelin Pilot Sport 4S tires. Able to hit 60 miles per hour in 2.9 seconds, it's the quickest base model Corvette ever.

The listing says Hendrick has the option of taking delivery of his special C8 at the Corvette plant in Bowling Green, Kentucky. What's more, the car will come with an official Letter of Authenticity as well as "unique artwork." That’s a small step up from the Chevy-branded water bottle that presumably comes in the cup holder of every new Equinox.