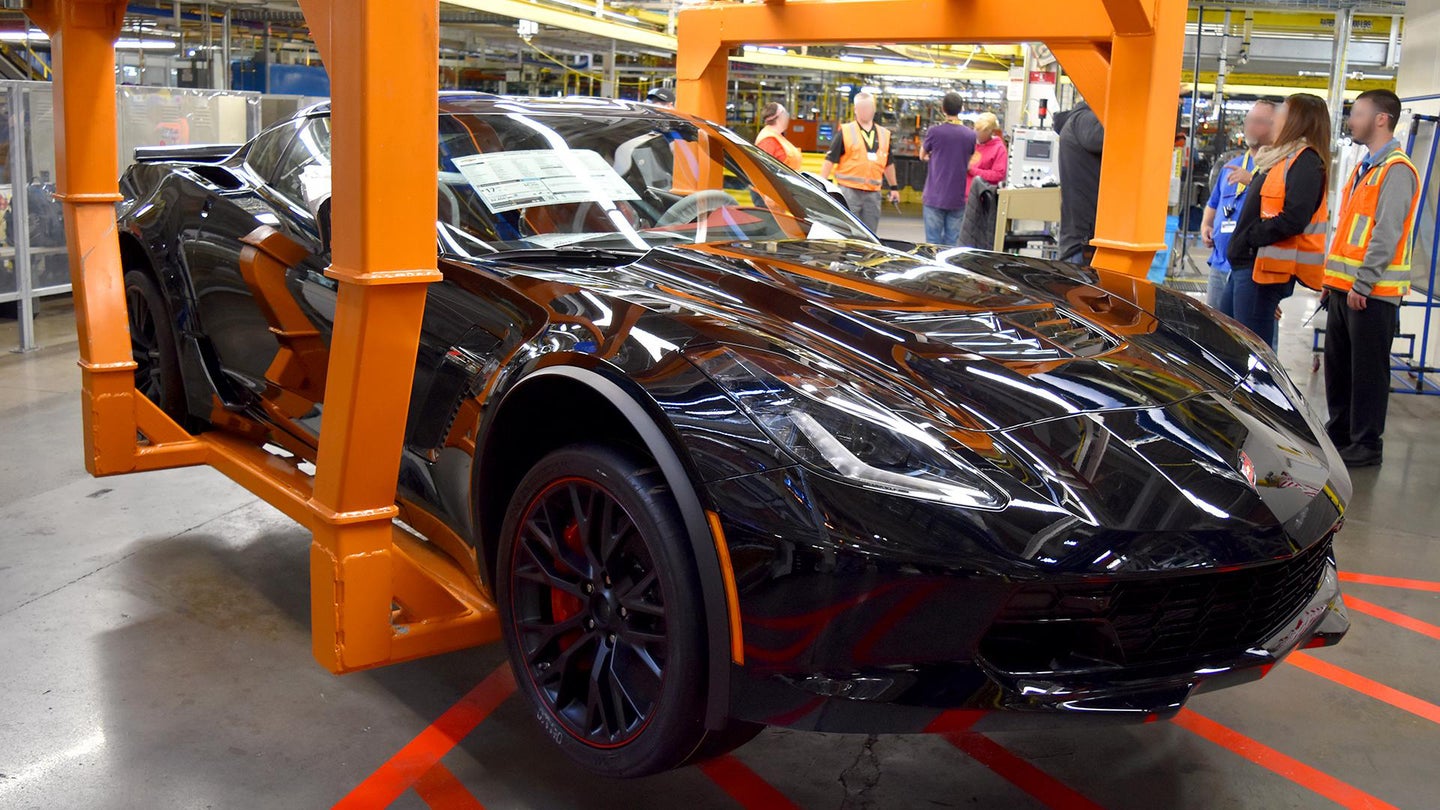 Back in June, before the world went all topsy turvy, GM auctioned off the final C7 Chevrolet Corvette for a healthy $2.7 million at a Barrett-Jackson sale. It was a fitting send-off for arguably the best generation in a half-century—except the car itself hadn't actually been built yet. Until today. Ladies and gentlemen, the last front-engine Corvette has left the building.

Chevrolet tweeted a picture of the final C7 to be produced as it came off the line Thursday afternoon, a black 2019 Corvette Z06 with a red interior and a seven-speed manual transmission. A strangely low-key way to announce it, to be honest. With the C8 engine moving to the middle, electrification inevitable, and the stick shift option disappearing, this is truly the end of an era. Safe to say nothing like this suddenly old-school beast will ever be built by GM again.

While the hype about the performance boost provided by the C8's new mid-engine powertrain is legitimate, it's important to remember what a machine the Corvette Z06 is. Starting at under $90,000, it packs a supercharged 6.2-liter V8 pushing 650 horsepower and 650 lb-ft of torque connected to that solid manual gearbox. Zero to 60 mph is 3.2 seconds, top speed is 195 mph. When you could still order it—which, now you can't—the available Z07 performance package added exotic fare like carbon ceramic brakes and Michelin Pilot Sport Cup tires. Ok boomer, you’ve definitely got us there.

It's true that the 755-horsepower Chevy Corvette ZR1 stands as the real swan song for the C7 (and really, all front-engine Corvettes before it), an archangel with devastating grip and a supercar-beating 212-mph top speed. But as it's been in past generations, the Z06 was the most attainable way to get a stupid fast 'Vette.

Tempting as it is to question that $2.7 million sticker price, remember two things: One, it was for charity. And two, that car will be worth a lot of money one day. Maybe not $2.7 million, but hey, crazier things have happened.

The 2020 C8 Corvette is launching without the Z06 trim at first when production finally gets underway early next year, but it'll join the party soon enough. When it does, there are rumors it will come with a howling flat-plane crank V8 to match the C8.R race car. The Z06 is dead, long live the Z06!

Motor Trend’s original report claimed the C8 was far more powerful than advertised. This is how it got it wrong.