Amidst the onslaught of Corvette C8 news that's flooded everyone's screens for the past year, here's something to really get excited about. A rather loud (and extremely camouflaged) Corvette prototype was recently spotted east of San Diego, hitting the Golden State's mountain switchbacks with a heavy-footed driver behind the wheel. Our glimpse of the test mule is limited, but we'd bet that this is an R&D car for the next-gen Z06 featuring a glorious flat-plane-crank V8. Why do we think so? Because listen to it.

Captured by a member of the Corvette C8 Owners (And Friends) Facebook group and shared to Opposite Lock, the video starts with the mid-engined car out of frame but just within earshot. You can hear a downshift as the mystery machine approaches an uphill turn before quickly gassing it. The noise doesn't sound as deep as the C8 Stingray's 6.2-liter engine, leading us to believe that it could be the rumored flat-plane unit that's derived from the C8.R race car.

Typically, flat-plane-crank engines have more of a howl than a grunt. That's definitely the case here and given all the previous rumors pertaining to such a C8 variant, it makes sense that this would be the upcoming Z06.

A dual-clutch transmission shift is juuuust heard as the clip closes, too. This is almost certainly a tuned version of the Tremec DCT found in the base Corvette—a manual isn't likely, either, since those apparently cost a pointless amount of money to develop or something.

No extra aerodynamic bodywork can be spotted, at least in our eyes, so there are few visual clues as to what the next Z06 might look like. Rumors claim it could get a rear wing larger than that of the C7 ZR1, which is already quite massive, but there's no indication of that on this tester.

Bouncing back to the engine—the C8.R is powered by a naturally aspirated, 5.5-liter V8 with dual overhead camshafts. That displacement figure is the maximum allowed by FIA regulations for the GT category, but the production version could be even larger—some say as big as 6.2 liters. FIA rules also dictate that 300 road cars must be built with a similar engine design and given the C8.R's technical construction, we'll consider it all-but-confirmed that such a Corvette will be headed for our highways sometime soon. You can get the full breakdown on that subject here.

Essentially, we're left with endless speculation on this C8 prototype. With so many possible variables and only a 13-second video, it's impossible to know every detail without first receiving a bit of confirmation. Chevrolet declined to provide The Drive with that when reached for comment on Tuesday, however. 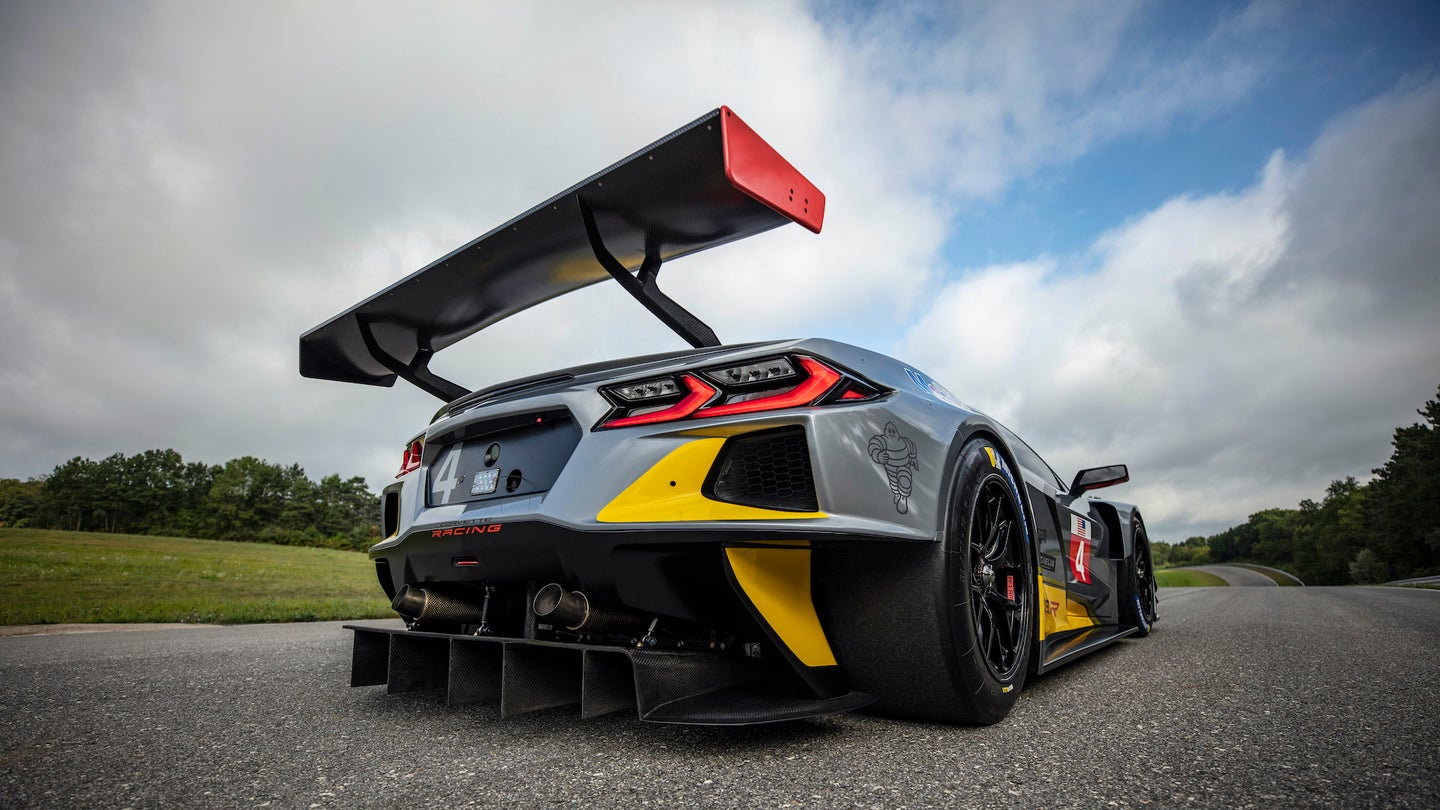 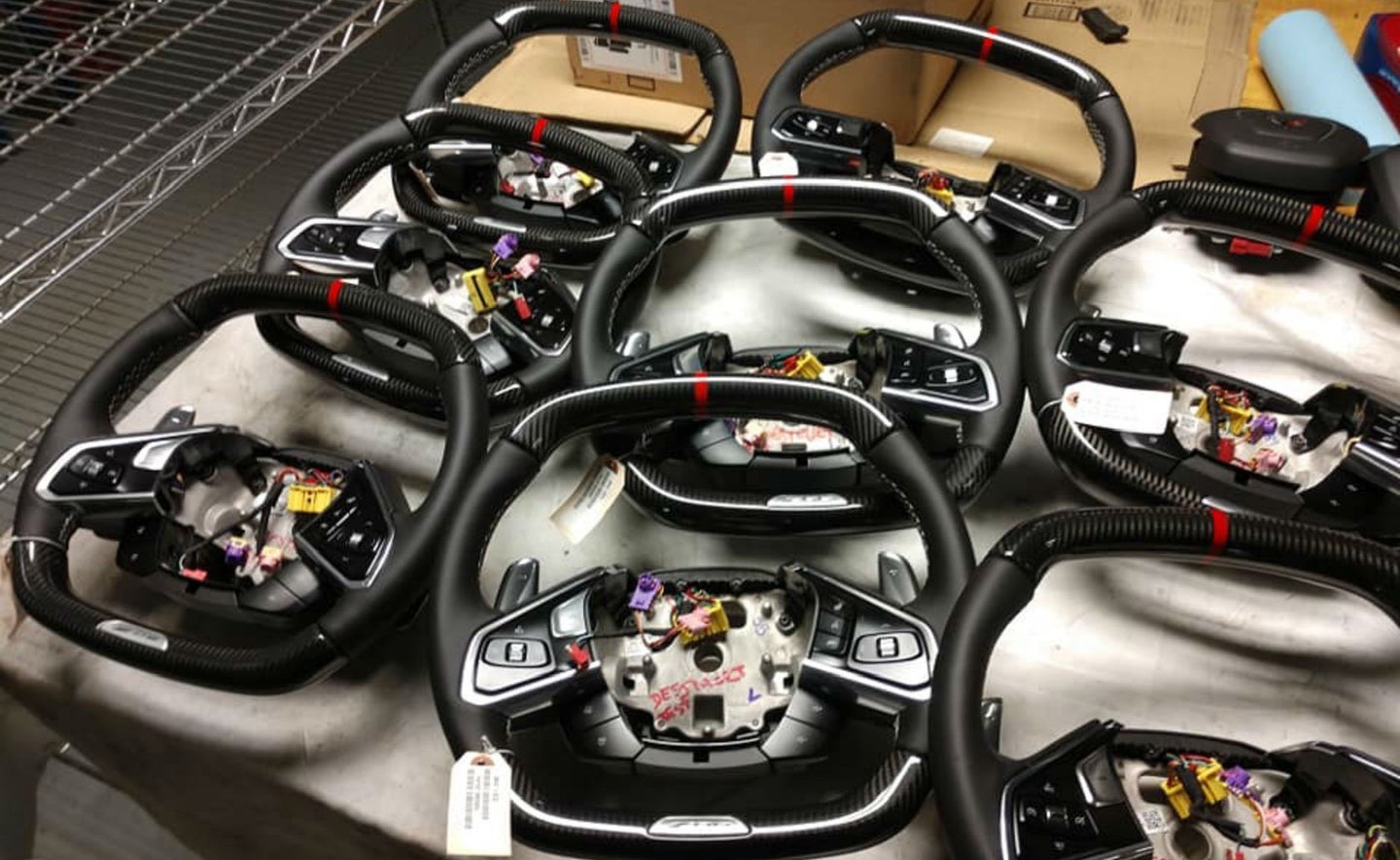 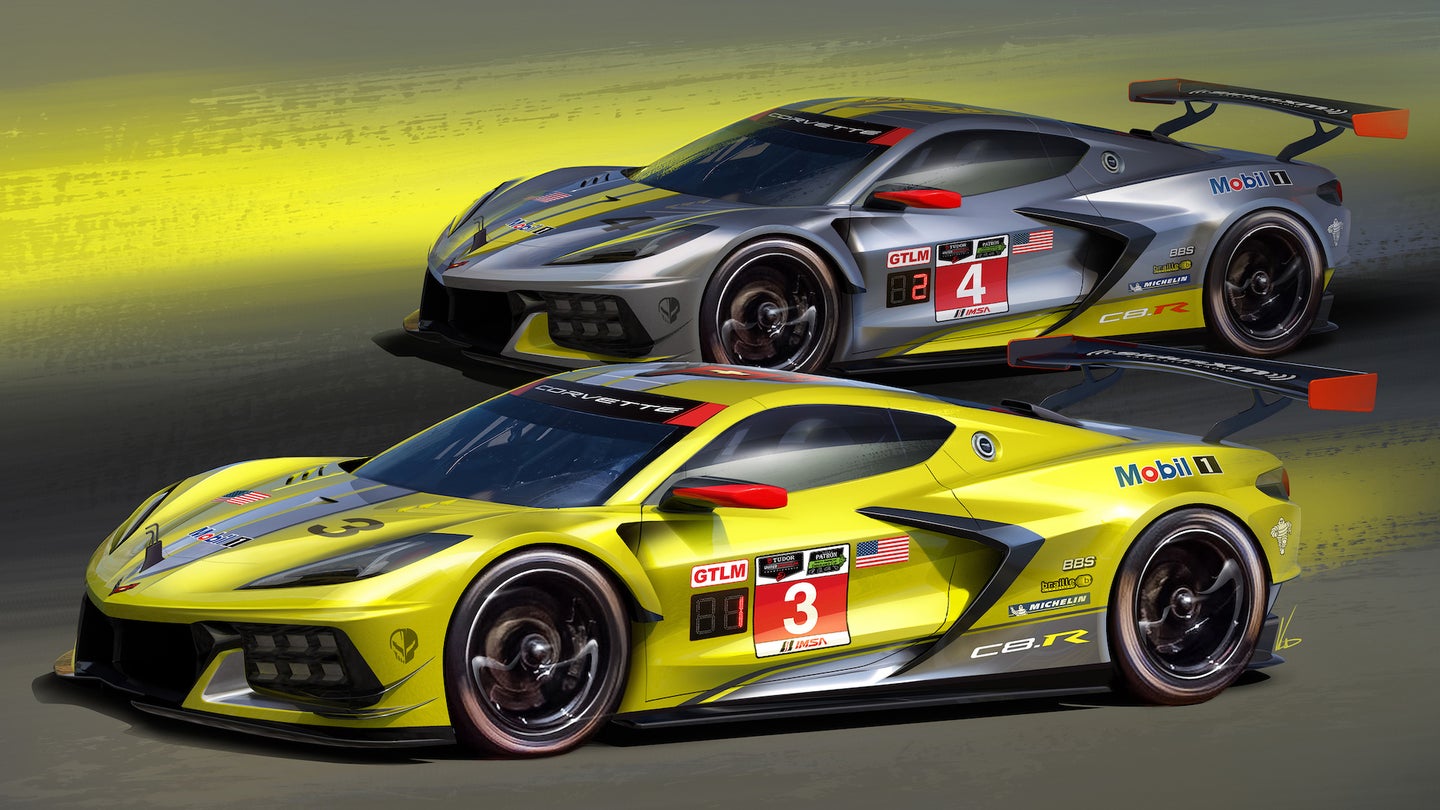