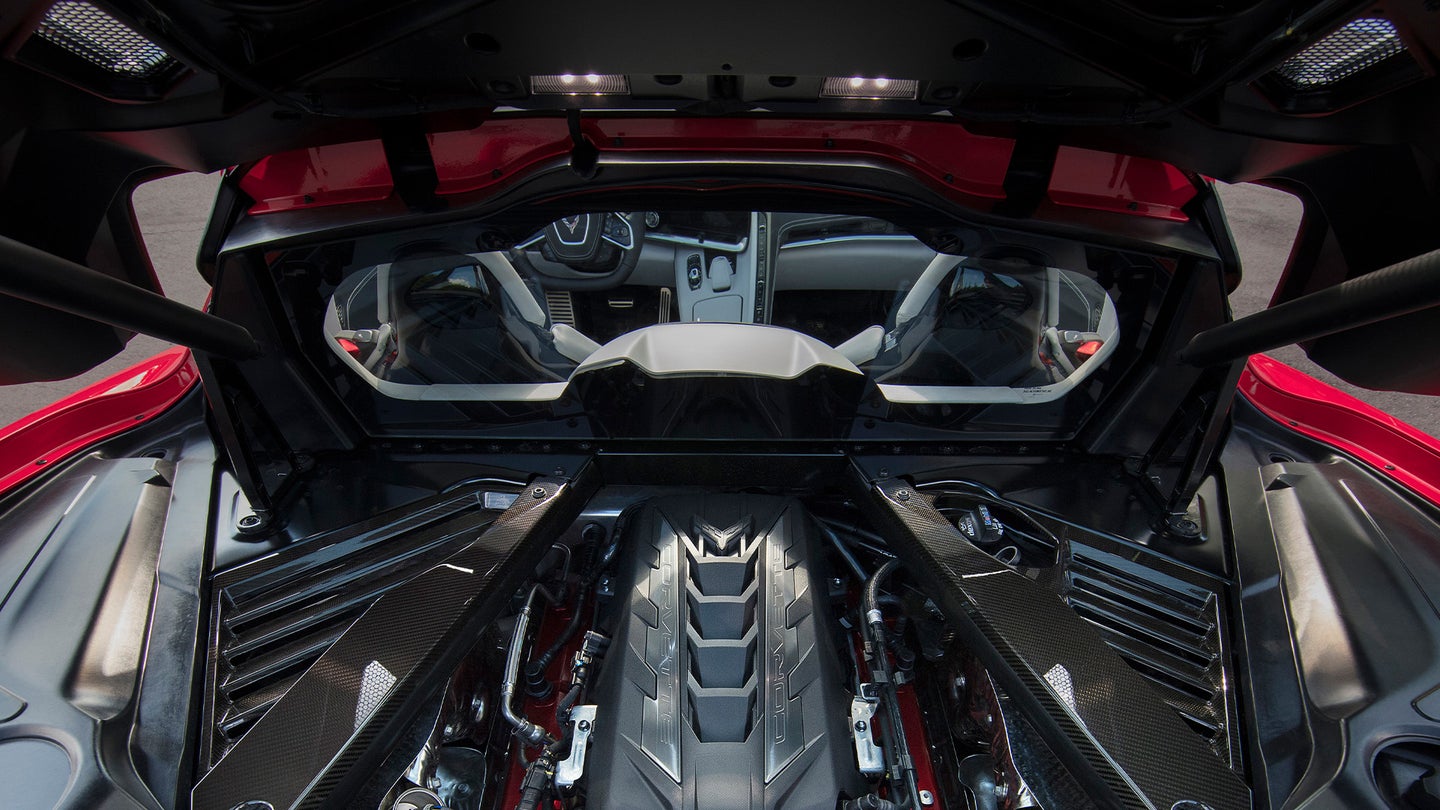 General Motors was met with overwhelmingly positive feedback after unveiling the Corvette C8 to the world last week; a mid-engine sports car with 495 horsepower on tap and a starting price of "under $60,000." But just how did Chevy manage to get so much car into a package that costs only $5,000 more than its current offering?

The answer boils down to GM's huge corporate backing. The automaker's economies of scale have enabled it to spread the technology found in the Corvette's across its various brands. Most notably, according to GM's President Mark Reuss, is the new Global B electrical platform.

“Tadge touched on some of these strategies that you’ll see introduced across our lineup," Reuss said when referring to Corvette Chief Engineer Tadge Juechter. "Global B is one of them. Global B, don’t underestimate what that’s going to do capability-wise for all our cars and we’re doing it in volume, so that’s how you do it."

Global B has been a platform in development for years, with public knowledge running as far back as 2015 when the automaker announced that it was developing a cloud-based architecture for its future vehicles. Because Global B would enable advanced over-the-air features for vehicles, GM reached out to various military contractors and aviation manufacturer Boeing to develop proper network security for the technology. Now, vehicles like the C8 Corvette and Cadillac CT5 will be among the first vehicles to feature the new platform that covers everything from basic wiring to in-car computers, and even the vehicle's active safety systems.

Of course, frugality was also considered when building and pricing the C8. Despite noting that the cost of the C8 will be spread across a portfolio of various Corvette models in the future (including the possibility of a new C8.R), GM still weighed its options when considering how much frill to give its new sports car.

"It’s what we do," said Juechter. "We engineer performance value and we leverage General Motors’ economy of scale wherever we can to try to give you all the content but not pay for a bunch of extras."

One of those extra, however, is somewhat of a double-edged sword for GM. As it turns out, the C8 is not set to receive a manual transmission. Ever.

The news recently came to light via a statement made by Juechter in an interview with Motor Authority. During the C8's reveal, it was announced with a brand-new dual-clutch gearbox (as we predicted), and when questioned about the future of model that featured a third pedal, Jeuchter had a simple, one-word answer: "No."

Much like BMW, GM had difficulties not only justifying the additional cost of developing a second all-new transmission, but also finding a company who was willing to build it.

“We couldn’t find anybody honestly who’d be willing to do it. Because just like the automatic, the DCT, it would have to be a bespoke manual,” he said in the interview. “It’s low volume, very expensive. The reason is it’s a low-volume industry. That industry is dying—building manual transmissions.”

The Drive reached out to GM to confirm Juechter's statement and was met with the sad news that no future C8 variant equipped with a manual transmission is to be expected at this time.

Cars like the Corvette Z06, which were historically only offered with a row-your-own gearbox, began seeing an uptick in sales once an automatic transmission was offered. In fact, sales of manual transmission-equipped Z06s fell drastically once an alternative was offered.

“It’s 15 percent on cars like the Z06, which historically have been only a manual. And as soon as we offer the automatic, everybody buys the automatic," confirmed the chief engineer.

With complexity on the chopping block, and cost-cutting in mind, it's likely that the C7 was the last manual 'Vette that the world will see.

For reference, the C7 Stingray topped out at 187 mph.