For reference, the C7 Stingray topped out at 187 mph. 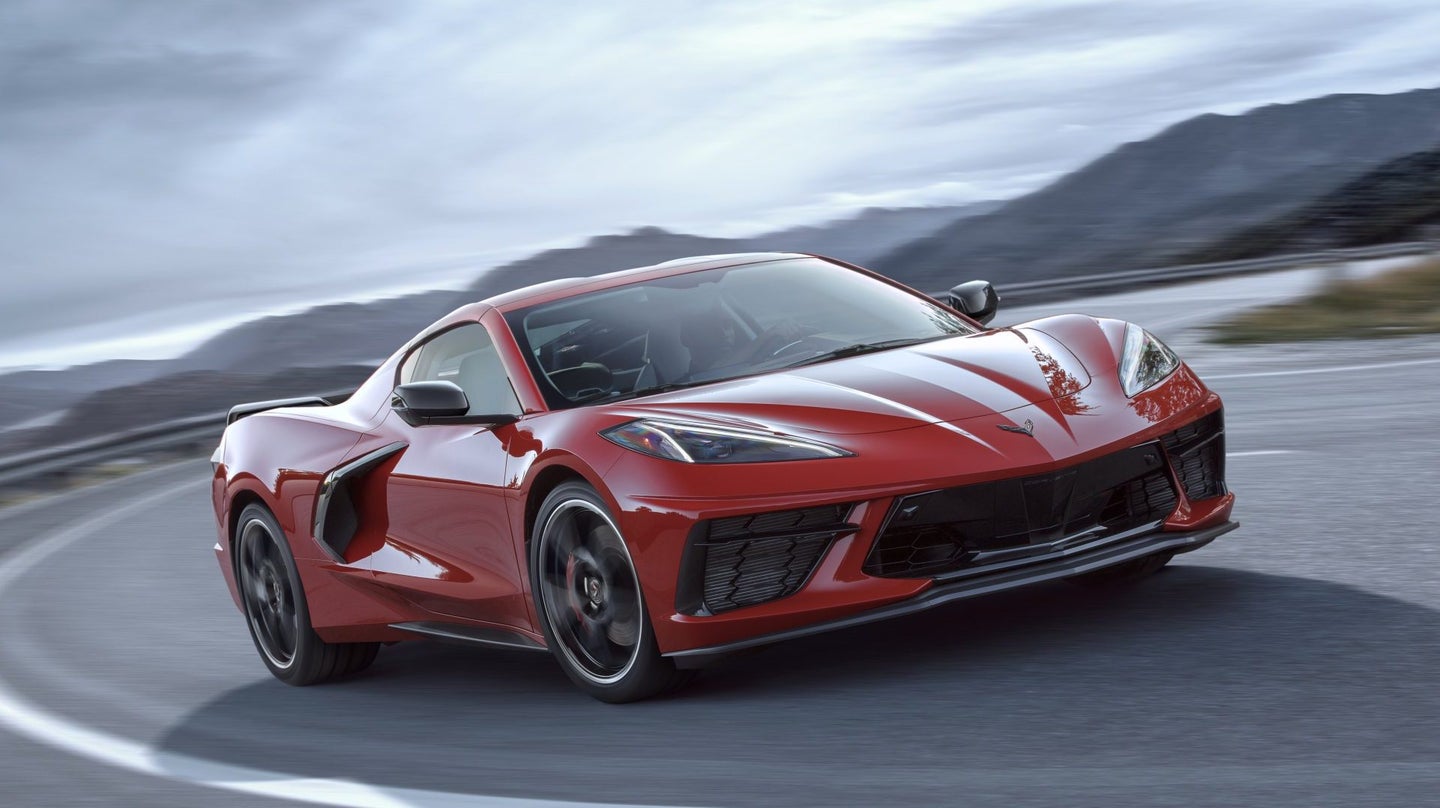 We know it has 495 horsepower. We know a C8.R racing version is coming. We know it'll cost less than $60,000 and we also know that it'll hit 60 miles per hour in under three seconds. What we don't know, however, is how fast the mid-engined 2020 Chevrolet C8 Corvette Stingray will eventually go given full throttle and an unlimited amount of room. And as it turns out, Chevy doesn't really know either.

"We still need to test that [top speed]," General Motors President Mark Reuss reportedly told journalists at the car's reveal event last Thursday, according to GM Authority. When probed for confirmation, a Chevrolet spokesperson told The Drive in an email, "We are not releasing all of the performance data for Corvette yet and we will not provide timing for testing."

With its engine located behind the driver for the very first time, the latest Corvette is propelled by a naturally aspirated, 6.2-liter LT2 V8 and weighs 3,366 pounds. For reference purposes, the base C7 Corvette topped out at 187 mph while the high-performance Z06 and ZR1 versions rocked top speeds of 205 and 212 mph, respectively.

It seems reasonable to expect the C8 to top out somewhere upwards of 190 mph.

I mean, it kind of has to if it wants to be taken seriously against its exotic, European rivals what with their unrestricted autobahns and perfectly circular test tracks. Judging by where Chevy has put the engine this time around, being taken seriously by the Europeans is exactly what it's setting out to do.